According to the Sumerian record, they were 4 Ancient Civilizations established by the Ancient Alien Anunnaki Rulers of Mesopotamia, one of which was in Meso-America.

Zechariah Sitchin’s Lost Realms and Graham Hancock’s Fingerprints Of The Gods explore the mysteries of this Lost Civilization.

Their conclusions considered in light of mainstream Archaeology provide some interesting insights into the origins and Architects of the Meso-American Civilization that followed the establishment of the Sumerian, Nile/Africa and Indus Valley Indian Civilizations previously discussed.

The central issue is whether Ancient Meso-America is the product of an Alien or Lost Human Civilization.

Origins Of The Ancient Lost Civilization Of Meso-America

The City of Tiahuanaco is regarded as the oldest of the Ancient Cities of Meso-America.

According to mainstream Archaeology, the site is dated to about 600 AD.

However, for different reasons that can possibly be reconciled, both Sitchin and Hancock contend that Tiahuanaco is much older, dating back almost 15 000 years.

Both Sitchin and Hancock point to the Astronomical alignment of the Kalasasaya Complex at Tiahuanaco as a clue to its real age.

The agreed reason for the establishment of Tiahuanaco on the shores of Lake Titicaca is the large amount of Tin Ore deposits found in the area which would be extensively used in the manufacture of Bronze in Mesopotamia.

The Identity Of Viracocha and the Architects Of Tiahuanaco 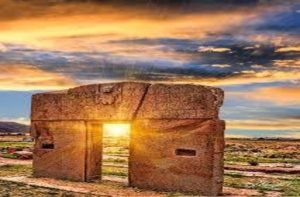 Sitchin ventures further to suggest that based on these apparent coincidences, the Sumerian record can assist in identifying Viracocha and the builders of Tiahuanaco.

He suggests that the establishment of Tiahuanaco can be understood against the background of Anunnaki activity in Sumer.

In particular, the need to replace dwindling Tin supplies, and the extension of Anunnaki Territory by Enlil after the first division of Earth’s realms between Enki and Enlil following the initial operations that had begun at Eridu in the wake of the Anunnaki’s immediate arrival on Earth.

Since the division of the Earth between Enki and Enlil by the Anunnaki Council after the initial settlement at Eridu was established, Anunnaki activities had gone ahead in earnest with mining activities in Africa resulting in the Igigi Rebellion and the creation of the Primitive Worker by Enki to ease the burden of the Gods.

From his base in the Mesopotamian City of Nippur, Enlil in his role as Lord Of The Command had overseen the entire project.

Sitchin argues that after the Tin needed in Mesopotamia was discovered on the shores of Lake Titicaca, the Anunnaki resolved to further develop the surrounding area and built Tiahuanaco as a new City State.

At Tiahuanaco Viracocha was portrayed as a Storm God which was consistent with Enlil’s characterization in the Sumerian Pantheon.

As such, its possible that the Viracocha of Ancient Meso-American Codex and memory is in-fact the Sumerian God Enlil, and also that Tiahuanaco was built as an extension of the leading Enlilite Sumerian City State of Nippur as part of the ongoing Earth Colonization project.

Sadly, Tiahuanaco would be destroyed in the Great Deluge.

Quetzalcoatl: The Realm Of The Plumed Serpent


Between 3000-4000 BC Goldmining Cities like Cuzco, and Teotihuacan were established.

This period marked the reign of the God Quetzalcoatl or Plumed Serpent.

In Ancient Meso-American Codex and memory, Quetzalcoatl was another fair skinned God who brought Civilization and the knowledge of Gold mining.

On his arrival he built the 3 Pyramids of the Moon, Sun and Temple Of Quetzalcoatl which were modelled on the Giza Pyramids.

This period was also accompanied by the introduction on the Cyclical Mayan Long Count Calendar, and also coincides with the arrival of the African Olmecs in Ancient Meso-America.

Both Sitchin and Hancock agree on the Ancient Realm of the Plumed Serpent’s connection to Ancient Egypt.

This connection would not only explain the Pyramids but also the presence of the African Olmecs in the region.

On this score Sitchin ventures further than Hancock by relying on the Sumerian record to fill in the gaps on the identity of Quetzalcoatl and the Architects of the Gold-mining Civilization of Ancient Meso-America. 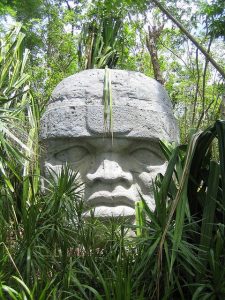 In Lost Realms, Sitchin refers to the Sumerian records account of the Tower of Babel incident and supreme Anunnaki God Anu’s second inspection visit to Earth to assess the progress made by Enki and Enlil since the Earth had been divided between them after initial settlement by the Anunnaki at Eridu.

The Sumerian records note that following Marduk’s defeat at Babel, he took over the realm of Egypt and displaced Anunnaki Thoth or Ningshiidza as Lord of Egypt.

In response, Thoth migrated to the Meso-American region whose settlement had begun with the establishment of Tiahuanaco.

On arrival in Meso-America, and in opposition to Marduk, Thoth formed an alliance with Enlil and was granted a realm in Meso-America which he built under the name Quetzalcoatl.

His realm would flourish and continue to be an Anunnaki outpost of the Enlilites after the nuclear destruction of the Sumerian Civilization in the 2nd Pyramid War which saw the ascendancy of Marduk, and the establishment of Babylon as the eminent Mesopotamian City.

If Thoth did come from Egypt, then the presence of the Olmecs can also be explained as part of the African contingent that had accompanied Thoth from Egypt.

The Historic role of the Nubian Kushites in Ancient Egypt is already acknowledged even in mainstream History, and its therefore possible that Thoth may have been accompanied and assisted by African Nubians in the establishment of the Meso-American realm of the Plumed Serpent from 3000 BC when the Mayan Long Count Calendar was introduced.

The Civilization established by Thoth and the Olmecs reached its Zenith at Teotihuacan and its memory as the ‘mother civilization’ inspired the Ancient Peopleâ€™s of Meso-America who would build the Inca, Maya and Aztec Civilizations.

The memory of the era of the Ancient Gods of Meso-America may possibly be regarded as the Pre-History of Meso-America, whose memory remained potent enough to convince Aztec King Montezuma that Spanish Conquistador Cortez’s arrival was the fulfillment of an Ancient prophecy foretelling the return of Quetzalcoatl in accordance with the Mayan Long Count Calendar.

In the final analysis, despite the official dating of Ancient Meso-American Civilizations to around 600 AD, alternative research suggests that maybe a more complete context and greater understanding of the age and Architects of this Civilization can be made possible by connecting accounts of Anunnaki activity in terms of the Sumerian records with events and the appearance of mega-structures in the Meso-American region. 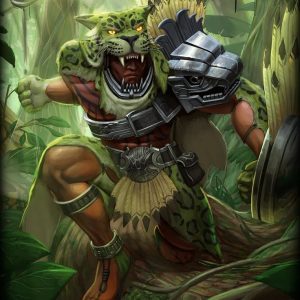 The Documentary Annunaki Gods Of Meso-America, is an account of the Ancient Meso-American Civilization that takes into account mainstream archaeology as well as the implications of the findings of alternative researchers on the subject.

Whether the Meso-American Civilization was built by Humans as suggested by Hancock or the Anunnaki of Ancient Mesopotamia as suggested by the Ancient Astronaut Theory, there is a reasonable possibility that it is much older than mainstream archaeology would suggest.