Krishna’s Ancient City Of Dwarka which is now underwater may date as far back to as 9000 BC, and is referred to in the Vedas.

In the Vedas, before Dwarka fell underwater, Dwarka was built after Krishna decided to build a City on an island off India’s Western Coast in order to protect his Citzens following repeated attacks on Krishna’s City of Mathura by King Jarasandha of Magadha.

According to the Vedas, the City of Dwarka was built in a day by the Divine Architect Vishwakarma. It housed 900 resplendant Palaces decorated with Gold and Jewels as well as roving gardens teeming with plants and birds.

Dwarka was built by reclaiming a large portion of the land from the Sea. It was well fortified, and could only be accessed by Ship.

The Vedas go on to state that Dwarka rose to become a prosperous and prominent city with strong Trade as well as Political ties. It was eventually reclaimed by the Sea and became submerged underwater when Krishna decided to vacate the City.

Its been suggested that the probable cause for the sinking of the City of Dwarka underwater was a sudden change in the Sea level which rose to flood the City between 3100-1500 BC.

The City’s secrets remained buried underwater until fairly recently when Archaeologists discovered a submerged Kingdom off the coast of the town of Dwarka in Gujarat.

Its been speculated that these may be the remnants of Krishna’s lost City as described in the Vedas. Since 1963 Marine excavations have uncovered Ancient Scriptures and Artifacts underwater at the suspected Dwarka site.

The most significant find was between 1984-1990, when an underwater City was discovered. Importantly, is that the underwater city bears a close resemblance to the Dwarka described in the Vedas in that:

i) It is fortified;

ii) It can only be accessed from the sea;

iii) The layout of the underwater city in organised sectors bears a similarity to the descriptions in the Vedas, and;

iv) The foundations of the city walls demonstrate that it was reclaimed from the sea.

More Ancient scripts and artfacts were found, and an inscription actually records that it was the residence of Lord Krishna. 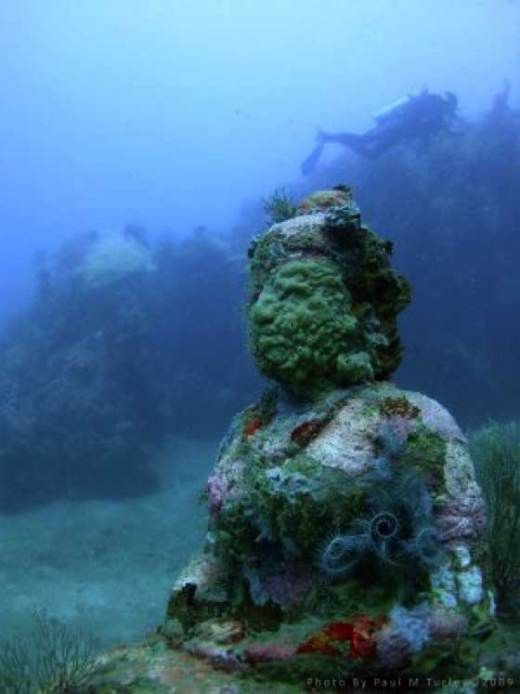 Initially, there was a burst of interest in excavating the site which was backed by UNESCO.

However, interest in excavating Dwarka has waned over the years. For this reason, the secrets of the underwater city have not been fully explored or understood.

Nevertheless, the remains of the underwater city recovered so far appear to suggest that Lord Krishna’s  Ancient city of Dwarka was an actual place as described in the Vedas.

This would mean that the Vedas are part of the ancient History of Indian and Human Civilization stretching back more than 10 000 years.