Since the 1980s Hip Hop has been associated with Bling, Jewellery & Fashion Chains, and we have Hip Hop to thank for the fact that the word Bling was entered in the Oxford Dictionary to make it an official part of the English Language.

The display of expensive jewellery has been part of Hip Hop Culture from its earliest days. 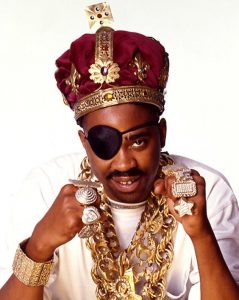 Considered in light of the memory of the once prosperous Ancient Africa from which the Ancestors of African-American Slaves are descended, Bling Culture may potentially be seen as an attempt by Africans in the diaspora to reconnect with the glory of Ancient Africa, rather than a simple expression of consumerist excess.

With the 1980 release of Sugar Hill Gang’s Rappers Delight, the new street culture that had been buzzing on the streets of New York since the 1970s exploded into the mainstream.

A child of the New York streets, Hip Hop’s attitude reflected its street origins blended with the eclectic creative visions of its founding Fathers like Afrika Bambaata who were influenced by Punk, Disco and Afrofuturism.

In time, street culture evolved, and with the arrival of Crack in the 1980s, the style and flamboyance of famous dapper drug dealers like Harlem’s AZ, Alpo and Rich Porter influenced the Hip Hop aesthetic as the display of Gold Jewellery pieces by prominent street Drug dealers caught on in Hip Hop. 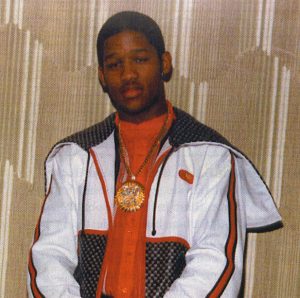 Pre-Colonial African Kingdoms in East, North, Western and Southern Africa like Songhai, Asante and Monomotapa were well established by the 15th Century.

Accounts by Traders who visited the Courts of African Kings during this period tell of the splendour of the Jewellery worn by African Kings.

In addition, the value of Gold as a currency and its use as a status symbol in elaborate Jewellery like earrings was well established amongst the peoples of Pre-Colonial Africa.

The source of this Gold wealth was the Gold Trade that stretched from Gold mines in the North African interior, through the Sahara, and all the way to Cairo in the North.

On the other hand, the Western, Southern and East African Gold Trade linked the African interior to the Indian Ocean Coast.

Wealth acquired by African Kingdoms and peoples from this period of prosperity was part of the normal culture of Africans at the time. It was used as Currency, Jewellery and most notably by reigning African Kings as an expression of Power and Status.

For this reason, Asante Kings are noted for their stunning lavish displays of Gold Jewellery and Ceremonial instruments like the Asante Golden Stool.

The use of Gold to demonstrate Individual status and State Power was therefore well established in Pre-Colonial African Society before Slavery.

For these reasons, the display of Bold Gold Jewellery by African-Americans in the diaspora that appeared in Hip Hop during the 80s may therefore not only be an expression of material excess, but a way of reconnecting with the splendour of the Pre-Colonial African Empires from which their Ancestors came during the Transatlantic Slave Trade.

The Gold pieces worn in Hip Hop have since changed over time with Platinum, Diamonds and expensive Watches now standard.

Nevertheless, the earliest Hip Hop Jewellery from the 1980s bears a very close resemblance to the large bold pieces worn by African Emperors like the Asante’s Osei Tutu in Pre-Colonial Africa.

At the end of the day, whilst Bling’s connection to material excess cannot discounted, this particular Hip Hop staple may have more to do with Ancient Africa than is ordinarily considered.

The song responsible for making the word Bling part of the official English Lexicon is this classic Hot Boyz video Bling Bling featuring a coming of age Lil Wayne.