‘Out-of-Place Artifact’ (OoPArt) is a term coined by American naturalist and cryptozoologist Ivan T. Sanderson for an object of historical, archaeological, or paleontological interest found in a very unusual or seemingly impossible context that could challenge conventional historical chronology by being too advanced for the level of civilization that existed at the time, or showing  human presence well before humans were supposed to exist.

The question that we are ultimately confronted with is who built the lost Civilization before human beings?

Was it the  Ancient Anunnaki Aliens as suggested by alternative historical theories or some other unknown entity/ies?

The question persistently posed by Out of Place Artifacts is whether they are evidence of advanced past Ancient Alien or Lost Human Civilization.

Zechariah Sitchin and other proponents of the Ancient Astronaut Theory suggest that such artifacts are evidence of an Ancient Alien Civilization, whilst on the other end of the unacknowledged History spectrum you have Graham Hancock and others taking the position that it is evidence of an advanced Human Civilization.

We’ve covered the Anunnaki angle considerably as part of the ongoing ‘Anunnaki Chronicles‘ series, and today, we shed light on the alternative Graham Hancock argument on whether the past reveals the presence of an Ancient Alien or Lost Human Civilization.

The Evidence For A Lost Civilization

According to Hancock, the Ancient Astronaut Hypothesis emerges from ancient texts and traditions when they are read in the light of modern space-exploration technology. However, at present NO ancient archaeological site and NO ancient text or tradition provides persuasive evidence for the ancient astronaut hypothesis.

In his view, if one examines the original source material upon which Sitchin drew, and comparing what you find to how Sitchin presented it in his Earth Chronicles series, you would see that Sitchin has created a gigantic work of science fiction masquerading as fact.

As such. Out of Place Artifacts, the anomalies of history and prehistory pointed to by advocates of the ancient astronaut hypothesis are far better and more elegantly explained as emanating from a lost, advanced HUMAN civilization of prehistoric antiquity than from high-tech alien visitors from another Planet.

Top 5 Anomalies & Out Of Place Artifacts 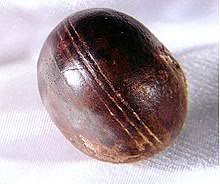 Resembling the ‘Death Star’ in Star Wars, the Klerksdorp Spheres were found by Miners in South Africa and their origin remains unknown.

They were found in rock dated  2.8 billion years old and their presence in this Archaeological layer remains perplexing. 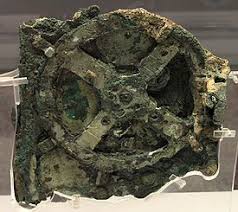 The next perplexing artifact was recovered by sponge-divers from a shipwreck off the coast of Antikythera, Greece. Its a sophisticated mechanism of gears whose existence 2000 years ago cannot be explained.

3. The Battery Of Babylon 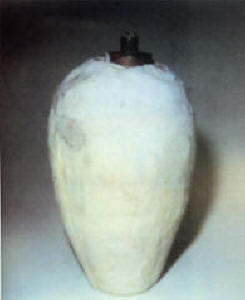 The 2000 Ancient Battery of Babylon was unearthed in Baghdad in 1938. The device could create an electric charge, and this find is particularly remarkable since we only invented batters in 1799.

The mystery of the flying machines of the Gods continues to reign. Our previous entry on the Vimana Epics of Ancient India also shed some light on this extraordinary question.

Hieroglyphs such as those at the Egyptian Temple at Abydos only add to the mystery as they depict Helicopters, submarines and supersonic jets…Meanwhile Golden Ancient Inca Model Aircraft suggest the presence of aviation technology amongst the Ancient Civilizations of South America.

The suggestion that Ancient Civilizations possessed advanced Aviation Technology which we are only beginning to understand today remains, and the jury is still out on how that will be eventually resolved.

Last but not least, is the Piri Ries Map.

In 1929, a group of historians found an amazing map drawn on a gazelle skin. Research showed that it was a genuine document drawn in 1513 by Piri Reis, a famous admiral of the Turkish fleet in the sixteenth century.

Whether Historical anomalies like Ancient Megalith Structures and Out of Place Artifacts demonstrate the existence of an Ancient Alien or Lost Human Civilization remains contested…Perhaps the answer lies in combining both theories instead of adopting a mutually exclusive approach to either theory.

In Ancient Aliens Debunked, our previous entry based on a documentary by the same name which you can read here, we also noted that the Ancient Astronaut Theory was not always correct in its interpretation of certain Out Of Place Artifacts, sometimes making exaggerated claims in order to shore up support of itself.

Nevertheless, its clear that unanswered questions remain and various new lines of enquiry continue to develop, expanding and enriching our understanding of the Human story…That in itself is progress, and we will continue to follow the latest revelations in an effort to answer what is perhaps Humanity’s ultimate question.

For more on Out of Place Artifacts and the Lost Human Civilization argument, peep the Ancient Astronaut Archive video below, as well as Graham Hancock’s website and his seminal work on the lost ancient Human Civilization, ‘Fingerprints Of The Gods’.

If you would like to explore and discuss more interesting Alternative History on the Anunnaki, you can check out our Article Archive on the links below:

History Of The Anglo-Ashanti Resistance In West Africa