One of the most enduring mysteries of the Sumerian Anunnaki Gods is if and when the Ancient Astonauts left Earth, and if the Anunnaki will return to Earth.

In Sitchin’s view, the key to unlocking the mystery of why the Ancient Astronauts left Earth lies in the aftermath of the 2nd Pyramid War in which the City of Babylon under Anunnaki God Marduk rose to prominence as the pre-eminent Anunnaki Kingdom on Earth.

Reasons The Anunnaki Left Earth: Abandonment Of The Marduk Cult

One of the main reasons the Ancient Astronauts left Earth was Babylon’s abandonment of the Marduk Cult in favour of that of rival Anunnaki Moon God, Sin.

Babylon’s shift from Marduk to Sin re-ignited the ongoing rivalry between the Anunnaki factions because the Anunnaki Gods Marduk and Sin represented opposite sides of the Anunnaki Clans that had fought for supremacy during the 2nd Pyramid War.

Marduk was the Son of Anunnaki Prince EN.KI, and Sin represented the interests of the ENlilites as a descendant of EN.LIL.

Sitchin suggests that the Anunnaki left on 2 separate departures from Earth.

The first departure of the Ancient Astronauts from mainly the Enlilite faction, came immediately after their defeat by Marduk in the 2nd Pyramid War, and a second more comprehensive departure of both the Enlilite and Enkiite Anunnaki Gods occurred after the fall of Babylon.

Following the destruction of the Sinai Spaceport facility in the 2nd Pyramid War, Sitchin suggests that the remaining Spaceport facilities in Meso-America, in particular, NAZCA and Teotihuacan which had been previously utilised during Supreme Ruler Anu’s Earth project inspection visit prior to the Nuclear destruction of the Sumerian Civilization in the 2nd pyramid War, were the ones used by the Anunnaki to leave first for Mars, and then Nibiru following the nuclear catastrophe brought about by the 2nd Pyramid War.

Meanwhile its important to note that standard Archaeology as well as independent researchers like Graham Hancock in books like Fingerprints Of The Gods, do not necessarily agree with Sitchin’s interpretation of the purpose of the NAZCA and Teotihuacan sites as places showing evidence of the departure of Ancient Astronauts from Earth. 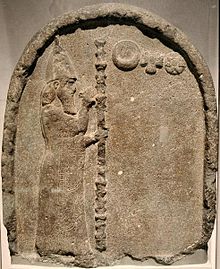 Nevertheless, Zechariah Sitchin has attempted to weave together a story rooted in actual Historical events which may explain why the Anunnaki Gods do not walk amongst us today.