Background feud between Puffy and Suge, Biggie and Tupac over Quad Studio before the East/West Coast War

The unanswered questions in the Biggie and Tupac murders present a laybrinth of drama, tragedy and intrigue. As a result, many theories have been proposed in order to explain and understand their untimely demise. 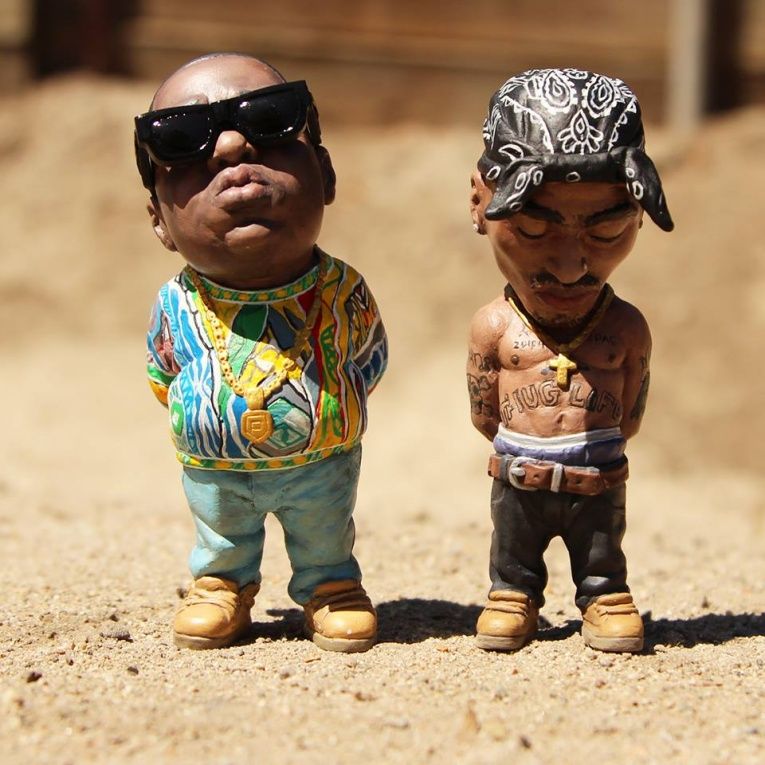 As Fans we’re constantly looking for the latest bit of information that will shed light on what really happened…We attempt to unravel the Web with the most recent information gathered as part of the official Police Homicide Investigation into the murders.

The Police Force as an arm of the government can be seen and understood as a bureaucracy influenced by the Political concerns of the day.

It is in this light that the motives of the official Investigations can be understood, with the latest revelations coming out of a Special Police Task Force dubbed ‘Murder Rap’ put together in order to solve the murders in a bid to show that corrupt Los Angeles Police Officers were not involved in Biggie’s murder in the face of a $400 million wrongful death Lawsuit filed by Biggie’s Estate.

Faced with such a massive potential liability, the Murder Rap Taskforce was set up to establish the identity of Biggie and Tupac’s killers….The following is the result of the ‘Murder Rap’ Investigation.

Suge Knight blamed Puffy for the shooting, and this feud between the CEOs of Deathrow and Badboy Records, two of the most successful Hip Hop Labels at the time, would play a role in the Tupac and Biggie feud which had its origins in the 1994 Tupac shooting at Quad Studios.

Tupac blamed Biggie for setting him up, a claim which Biggie emphatically denied.

The fact that Biggie was not involved in setting Tupac up at Quad Studios has since been confirmed by a number of people including Tupac’s close friends like Treach of Naught by Nature fame.

Thrown into the mix was the Hip Hop Culture War between the East and West Coast over the origins and ownership of Hip Hop which culminated in an open East Coast/West Coast feud at the 1995 Source Awards.

Suge Knight openly dissed Puffy and Badboy Records onstage as he accepted a Deathrow Award, mocking Puffy for his constant appearances on Badboy Artist’s albums and music videos…A young Snoop Dogg also took to the stage to represent for Deathrow and the Westcoast.

The East/West Culture War would also feed into the Biggie and Tupac feud following Tupac’s release from Jail as a Deathrow Artist.

In this classic MTV Interview with Tabitha Soren shortly after his release, Tupac maintains he was set up in the Quad Studio shooting.

‘Pac would soon release his classic Double Album ‘All Eyez On Me’ followed by the vicious diss track ‘Hit Em Up’ all of which fed into the personal and professional rivalry between the C.E.O.s of Badboy and Deathrow Records, the East/West Culture War as well as Tupac’s personal score with Biggie arising out of the 1994 Quad Studio shooting.


After Tupac’s release from Prison as a Deathrow Artist, the stage was set for an explosive conflict as the separate interests involved merged into a toxic cocktail that would eventually lead first to Tupac’s murder, followed by Biggie’s barely six months after..

Join us for Part 2 as we look at the Tupac murder revealing the evidence and conclusion of the Murder Rap Taskforce on the identity of his Killer.

Peep our archive article on the story of 80s Crack Era Harlem Hustlers Az, Alpo and Rich Porter depicted in the Film ‘Paid In Full’ who inspired the Gangsta Bling Rap era…Our featured documentary of the week is ‘Murder Rap’ Produced by Greg Kading, the Murder Rap Taskforce lead investigator.