The Meaning & Purpose Of Afrofuturism

The meaning and purpose of Afrofuturism is to develop a culture or philosophy of science, aesthetic and history that explores the developing intersection of African culture with technology.

The term Black To The Future to describes Afrofuturism Culture and was coined by early Technoculture Writer Mark Dery in his 1993 essay “Black to the Future”. 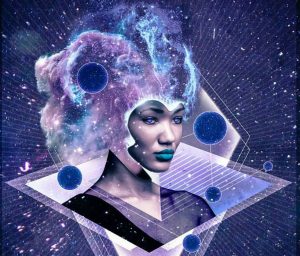 Seminal Afrofuturistic works that define what is Afrofuturism Culture include the novels of Samuel R. Delany and Octavia Butler; the canvases of Jean-Michel Basquiat and Angelbert Metoyer, and the photography of Rene Cox; the explicitly extraterrestrial mythos of Parliament-Funkadpelic, the Jonzun Crew, Warp 9, Deltron 3030, and Sun Ra; and the Marvel Comics superhero Black Panther.

The Difference Between Afrofuturism And Blaxploitation


Afrofuturism can be distinguished from Blaxploitation, an ethnic subgenre of  exploitation films emerging in the United States during the early 1970s. The films, portrayed famous but stereotypical Black characters like ‘Shaft’.

Although Blaxploitation films were originally made specifically for an urban black audience, the genre’s audience appeal soon broadened across racial and ethnic lines once Hollywood realized the potential profit of expanding the audiences of Blaxpoitation films across those racial lines.

The difference between Afrofuturism culture and Blaxploitation lies in the ability of Afrofuturist Protagonists to imagine a reality beyond their current experience, whereas characters like ‘Shaft’ almost appear to revel in the ghetto experience without feeling the need to question their existence and circumstances.

Such questions are cast aside for purely visceral pleasures in Films like ‘Shaft’.

Afrofuturists however, directly confront the Social structure by questioning the appropriate place for Black people firstly in Art, and by necessary extension Society.

It is the rejection of a preconceived notion of the role a Black person is expected to play in Art, and ultimately Society itself that is central to defining Afrofuturism.

Basquiat & Examples Of Other Afrofuturist Artists

Jean-Michel Basquiat was an American artist who during the late 1970s combined the hip hop, punk, street art movements with classical art.

The mantle has been carried by quite a few Artists from the Eclectic Sun Ra and Grace Jones, with Janelle Monae representing the movement in Pop Culture today. The success of the Black Panther Movie has further cemented the appeal of the Afrofuturist aesthetic.

Conclusion On The Future Of Afrofuturism


Afrofuturism represents a re-imagining of the Self beyond the limitations imposed by Society in both Art and life.

In expressing themselves in an unconentional style, Afrofuturists challenge the limitations on Black imagination and by implication question the marginalisation of Black people within Society itself.

However, whilst Afrofuturism claims to be an expression of liberated ‘Africanness’ or ‘Blackness’, its reliance on Western Industrial Motifs and inability to transcend them may be problematic.

Furthermore, the use of the term Afro itself presents further problems for the purpose and meaning of Afrofuturism.

The term Afro appears to focus on the experience of the Black Diaspora which would explain why Afrofuturism is rooted in Western Aesthetics because that is the predominant Culture of Blacks in the Diaspora.

As a result of this dichotomy, a new movement in Afrifuturism or African Futurism is on the rise which is rooted in the experience and aesthetics of Native Africans.

It would therefore seem that the term Afrofuturism is itself in constant flux and redefinition to ensure that the meaning and purpose of Afrofuturism accomodates the futuristic visions of Black people in both Africa and the Diaspora.

Homosexuality In Africa Before Colonialsim