What Does It Mean To Be Vegan?

Waiters may smile as they perform the painful task of advising, if any, vegan (also known as plant-based) options to ‘snidely woke’ guests.

But, in the background, chefs and restaurateurs scratch their heads for ways to serve the exploding Vegan demographic while simultaneously satisfying the core omnivore market.

What does it mean to be Vegan? How is a Vegan life lived? Like fashion, Veganism is innately personal and best explained/practiced through an individual lens.

Meat substitutes in the human diet date back to 965 AD and ‘Veganism’ as an expression hit the airwaves in the 1940s. It [Veganism] is simply abstinence from animal products in food and non-food items often done against/in protest of the commodification and exploitation of animals.

For Vegans, the range of delisted animal products includes the obvious suspects of meat, fish, cheese, dairy etc. But, safe pleasures like refined sugar, beer [containing isinglass and gelatine] and wine [containing casein and chitin] also fail the Vegan test, as do the non-food items of animal leather, fur and wool in fashion.

The Vegan standard is very exacting and some would say an inhibitive or extreme nuclear option. The essence though, I think, is to simplify rather than complicate. To simplify one’s diet, consumption and ethical behaviour in the search for personal and civic excellence.

The perception of Veganism as an expensive lifestyle is true – only if you grocery shop at Woolworths. If you don’t, paying less for meat and fish in the open market should make you richer.

Cut the chase, in the 80s and 90s our African diet was mostly maize, rice, millet and vegetables and we were leaner and stronger, we thrived. Meat and fish were Sunday treats that slowly became staple daily indulgences but they’ve slowed us down.

Available for purchase are recipe books mixing up exotic salads, quinoa, jackfruit, avocados and tofu, as well as processed meat alternatives that are beyond access to most. Yet, intrinsic to Veganism is experimentation, discovery and making one’s own way on the dining table and for a more sustainable world.

This is accessible to all.

With growing wealth, over-nutrition ranks as high as under-nutrition in the global food crisis.

Opposed to word on the street and commercial propaganda, Vegans argue that animal products beyond mothers’ breast milk are surplus for full biophysiological development and the evidence is in; it corroborates. 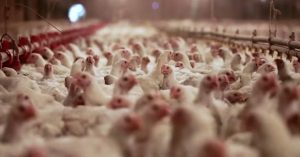 Doctors overwhelmingly agree that a Vegan diet lowers body mass index, blood pressure and cholesterol. It also reduces the probability and treatment intensity of cardiovascular disease. For wannabe Vegans, what to eat is only limited by imagination.

The decision to be Vegan may just be incited by our stoic determination to aspire, grow and perform through reduction, by saying no, innovating by cutting off and growing by forgoing simple pleasures. To coax discipline by surviving on less rather than more could be the philosophical redefinition of Veganism.

For ‘if a man can reduce his needs to zero then he is truly free’ said John Boyd the ascetic military strategist. Why do priests and monks make vows of poverty? To create more room for spirituality. We too could do with room to move more freely towards our higher order values.

It will court derision, close existing industries and create new ones – look up Beyond Meat on Google. Like all industrial revolutions, the options to embrace or resist present themselves and the former is usually a sensible approach.

The non-food items on the Vegan menu may hold the key to novel ideas, sustainable ways of living and wealth creation. And, perhaps on this table, we could all be Vegans and taste the wider social value.

Livestock farming commands 30% of the planet’s land and produces 18% of the world’s total greenhouse emissions – more than all forms of transportation combined. Shocking.

Approximately 15,000 litres of water are required to feed one beef producing animal, and one kilogram of beef requires 25 kilograms of grain which could be diverted to feed the world’s starving 3.5 billion.

80% of antibiotics are consumed by farm animals in objectionable conditions, and some have attributed the prevalence of bacteria resistance among omnivores to this.

However you stew the figures, the aroma of inefficiency and gross industrial wastefulness is pungent for passive and active accomplices alike. So, would you make a choice? Vegan for the conservation of resources! Vegan for the global poor! Vegan against animal suffering! Vegan for better health! What will your order be?

Seriously though, what will you make room for? Oreos and popcorn (without butter) are Vegan. Let’s have those for starters.

For some insight on the Vegan perspective, check out the documentary Food Inc on current farming methods and used in the food industry, and how Food makes it from the Farm to your table.

Check out this interesting article and infographic with Stats on the state and influence of Veganism in our Society today from Healthcareers.

Lecturer in Business Strategy | School of Strategy and Leadership

0 replies on “What It Means To Be Vegan”