According to Physicist and Astronomer Immanuel Velikovsky in his controversial work Worlds In Collision, taken together, the mythological and religious concepts of humanity reveal that around 1500 BC a comet came close to Earth and unleased a series of natural disasters which were recorded in Ancient Mythologies around the world.

The Venus Comet event caused catastrophic natural disasters which threatened the extinction of life before the Venus Comet settled into its Orbit around the Sun to become the Planet we now know as Venus, which is closest to Earth.

In Worlds In Collision, Vilakovsky contends that during the 15th century, Venus was ejected from Jupiter as a comet-like object which then passed near Earth.

The Venus Comet’s proxitimity to Earth led to changes in the Earth’s angle of rotation on its axis and orbit, which in turn led to unprecedented disasters like great floods which were then recorded in Human Mythologies around the world according to Velikovsky.

Vilekovsky continues in asserting that sometime in the 8th and 7th centuries Mars which had been displaced by the Venus Comet also came close to Earth which also led to more Natural disaster recorded in the Annals of Ancient History.

After this period however, the current Planetary alignment as we presently observe became established as Venus gradually evolved from a Comet to a Planet.

As evidence for his Theory, Velikovsky relied on Ancient  Myths from China, India, Sumer, Rome, Egypt and Greece.

In particular, he treated the Celestial Mythologies recorded in these Ancient Cultures as literal expressions of events actually observed by the Ancients in an Ancient Sky which is now unfamiliar to us.

Velikovsky’s approach was different because he did not treat Ancient mythology as allegory, instead he took it as a literal description of what the Ancients actually observed.

According to Velikovsky’s Worlds In Collision, a few thousand years ago, the Earth was actually closer to the Sun, the Moon was a bit further from the Earth, and Venus did not exist until it was ejected as a Comet from Jupiter.

Due to its proximity to Earth, the Venus Comet also resulted in spectacular Electrical discharges between the Venus Comet and Earth.  This was the main cause of the natural catastrophes which nearly extinguished life on earth. 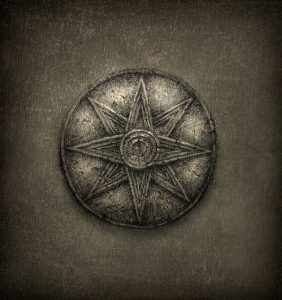 The change in the Earth’s Axis during its Solar Orbit further resulted in the complete reversal of the Earth’s Orbital path and in some places the Sun seemed to stand still in the sky, while the number of days in a year increased as the Earth was pushed further from the Sun and violent meteor showers descended on the Earth.

According to Velikovsky, the memory of the Venus Comet and the havoc it unleashed on Earth is recorded in Ancient Myths such as The Plagues of Exodus, The Great Flood and The Epic of Gilgamesh amongst many others.

Legends from around the world thus retell the same event which would explain the ubiquity of the Dragon or Flying Serpent Symbol which Velikovsky claims are descriptions of the Venus Comet tail.

Whilst some of Velikovsky’s astronomical predictions following from his arguments in Worlds In Collision have been confirmed by subsequent NASA Explorations, Velikovsky’s Electric Universe Theory is considered controversial and not accepted as standard Science and History.

Neverthless, Velikovksy continues to challenge our assumptions about an ordered Universe whilst at the same time offering an alternative explanation for the uniformity in the elements of Human Mythology across Thousands of Years where there is no evidence that Ancient Societies were in contact.

This suggests that the similarity in world Mythology from Ancient times arises out of a shared common experience of the Universe which can potentially be explained if we reconsider our understanding of the History of our own Solar System and the Ancient Sky which may have looked different from the one we currently observe.