It is reasonable to expect the doctor to recognize that science may not have all the answers to problems of health and healing.

Traditional African medicine has been in existence for centuries and is probably the oldest and most diverse healing system. Traditional healers often called Sangoma or Inyang’ a serve many roles which include but are not limited to being custodians of traditional African religion and customs, healing of mind, body and spirit as well as being educators on culture, counselling, social work and psychology.

The world is currently fighting the COVID-19 pandemic that’s so far killed thousands of people across the world and infected and affected millions more. We keep counting the cost. In a bid to find a possible cure and or vaccine, clinical trials and tests are under way in many parts of the world, what role can Africa as a continent play in fighting this pandemic, saving it’s people and possibly the world?

The president of Madagascar recently announced a herbal tonic that’s healing Covid-19 patients in his country. This has been received with a mixture of hopeful excitement by some, skepticism, by others and absolute horror and fear by others. Herbal medicines in Africa are generally not adequately researched and are weakly regulated since Ancient knowledge and wisdom on healing of the body, mind and spirit has been orally passed down many generations by our ancestors.

The relatively scant written and recorded history was either destroyed, distorted or simply not archived by colonial powers either because of Cultural prejudices or a lack of understanding of the nuances and narratives of Africa in re-telling its stories, culture and history. 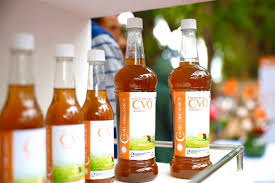 Is African ancient medicinal knowledge and wisdom a casualty of colonial and post-colonial ideologies?

Africa is endowed with many plants that can be used for medicinal purposes. According to the World Health Organisation (WHO) it’s estimated that “about 80% of the population in developing countries depends on traditonal medicine for their primary Health Care PHC needs “

They’re many reasons for this like the expense of pharmaceutically dispensed medications, accessibility to the medications, the distrust of modern medicine to mention but a few. Western medicine has appropriated many indegenious African  healing herbs, repackaging  and naming  them differently for distribution and sale back to Africa and the rest of the world.

Southern Africa’s devil’s claw herb has been used to treat illnesses such as arthritis, it is mainly packaged as aspirin or ibuprofen in modern western medicine . Many other indigenous plants are used successfully in Africa to aid in childbirth, treat infertility, eczema, venereal diseases, anxiety and depression, epilepsy, wounds, urinary tract infections just to mention but a few.

However there is also a dark and often hidden side to African medicinal treatments and rituals. These range from incorrect applications of some of these herbs resulting in severe reactions sometimes even deaths to exploitation of vulnerable people  desperate for healing for purely financial gains.

It is difficult to find true statitics of deaths that may have occured directly due to administering african herbs for medicinal purposed or an African ritual gone wrong. This is largely because most people and family members do not report these incidents.

One highly controversial African traditional ritual , Ulwaluko which is the initiation of boys to mandhood largely still practised in the South African Xhosa speaking people, has resulted in the death of many young boys during the ritual ceremonies.

At the height of the HIV and AIDS pandemic in Sub- Saharan Africa there was an increase in the number of traditional healers.  Some of these traditional healers claimed to have discovered the cure of the HIV & AIDS pandemic which was ravaging communities.  A lot these herbal remedies were at worst harmless and at best  immune boosters that helped to alleviate grievous symptoms of the HIV infection for a while but did not cure the disease. Other more sinister ‘healers’ gave a bad name to African traditional medicine as they  exploited vulnerable and desperate people for money, power and or control for personal gains.

The “dark side” of the history to modern medicine.

“Open-minded people don’t care to be right, they care to understand. There’s never a right or a wrong answer. Everything is about understanding” A Prologue: Ancient Wisdom of Science and Health in Indian Medicine

We often forget that for modern medicine to get to where it is today there is often a dark history that not too many of us like to think or be reminded of. From the dark pseudo-science of Eugenics and racial biology also called scientific racism to the dark side of human experimenting  labelled as Science.

Science, has for the past 150 years of human history achieved significant milestones in eradicating diseases, discovering vaccines and developing sophisticated technologies all in an efforts to prevent disease, prolong lives and improve people’s lifestyles.

Africa is no exception in benefiting from treatments like malaria, cholera and polio vaccines in children to mention just but a few saving millions of lives.

Achievements made in fields like biomedicine and psychology meant that we no longer need to worry about deadly diseases.

For better or worse, we have developed more effective ways to gather information, treat skin abnormalities, and even kill each other but we cannot forget the disturbing human experiments , the people who had to suffer and die for the progress of science and the human race.

There’s also alot of controversy and debates around vaccines contributing to Autism in children as well as apparent “consipracy theories” around Bill Gates and worl d population control using vaccines.

Africa, the ‘dark continent’ suffers greatly from a constant negative narrative pushed through various media channels, usually done to serve and maintain power and control by the rich and powerful countries. Unfortunately this narrative  has been further entrenched by Neo-colonial African leaders who keep pushing selfish agendas of self-aggrandisement, power and control.

Today, many African countries still practice healing using ancient knowledge and wisdom of medicinal herbs among other rituals. It is however unfortunate that these healing methods are often viewed as inferior to western medicine and are hence frowned upon, discouraged or completely banned.

Mental health in Africa has been one of those important health areas emerging in understanding healing as not always linear and western.  A one-size-fits-all-glove can not be applied universally,ignoring the complexities of people as well as their history, culture, and the environments that influence and shape us all.

An example is that of a patient who is diagonised as being schizophrenic according to the American Diagnostic and Statistical Manual on Mental Disorders DSM-5 having displayed over a certain period symptoms like hallucinations, delusions, diorganised speech,catatonic behavior,  within an African context the same patient displaying similar symptoms may in some cultures needing to heed an ancestral calling to be a Sangoma( traditonal healer)  and upon accepting ‘the calling’ the symptoms are said to dissapar almost immediately.

If we’re to learn anything as we fight the Corona virus pandemic, it’s that there is life and then there is death anything in-between is frivolous.

We had normalised an abnormal system structured in such as way that the rich and powerful lengthen their own lives and existence a little longer at the expense of those deemed as poor and inferior.

COVID-19 pandemic has disrupted the world in unusual ways and everyone is paying attention.

Coronavirus has probably been the first virus to knock at almost every nation’s door irrespective of social class and economic status, nationality, race, skin colour, religious beliefs, sexuality among all the different labels we use as people to discriminate and prejudice one another.

The same applies to any possible cures and or solutions coming out of Africa.

Before dismissing them as nonsensical, pay attention.

We particularly urge African leaders to use this opportunity to set up systems, skills and expertise and be part of the global frontiers in the search for the cure of coronavirus as well as prepare our health systems for future unknown diseases to come.

Africa has never had to and does not need to continue waiting for solutions from America, Europe, China or Russia to solve its problems and the problems of the world.

Solutions that we African people may already have at our disposal and simply lack an unbiased system that can investigate, test and validate those findings.

0 replies on “African Medicine In The Fight Against Corona Virus”