Alcoholism in young black womena in South Africa has significantly increased, target advertising is partly responsible. Over 25 years into a post-apartheid South Africa, there is a growing market of young black women who are socially and economically upward mobile. In a world that uses algorithmic data, target advertising has become easier and more sophisticated. Advertisers know they’re customers.

In an article by Glamour magazine, the ‘ideal’ woman who drinks Bernini

“Style, sparkle and glam is what it’s all about. Bernini compliments the self-assured, ambitious and super driven woman. It’s for the doers, the thinkers, movers. #GlowGetters that are glowing all the way up”.

Unfortunately, this kind of advertising has unintended consequences as it’s been scientifically linked to the increase in alcohol consumption, and in turn the problem of alcoholism in South African, particularly in young black women.

South Africa like America is a country that encourages consumerism and the chase of a ‘rainbow dream’ through its advertisements. Whether one can afford an aspirational lifestyle or not is another story.

Young people are constantly bombarded with advertisements that promote a particular lifestyle as having ‘arrived’ This lifestyle include fancy cars, clothes, ‘sophisticated’ liquor, among other material gains. It is in the pursuit of some of these dreams (which in on themselves are not necessarily wrong or bad) that dysfunction builds up. 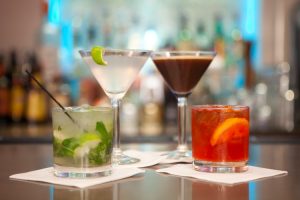 Why do South Africans drink so much?

Africans are known to appreciating good food and drinks. Drinking alcohol is part of the larger African culture. People drink at weddings, circumcisions, social gatherings, funerals, at home, among other gatherings.

However large consumption of alcohol in Africa has its down sides, hence governments are trying to push legal drinking age to 21 instead of the current 18 years.

In the top 10 drinking countries in Africa, South Africa falls at number 8, over 60% of South Africa population does not drink, however those who do drink tend to be heavy drinkers and engage in risky behaviours. Therefore, the answers as to why South Africans drink so much are complex and nuanced. It is not as simple as it appears at surface value. Some of the reasons cited include: 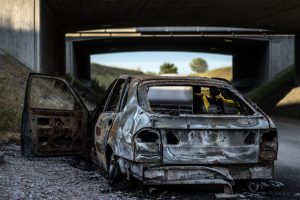 What are the consequences of alcoholism/ alcohol use disorder?

Alcoholism also known as alcohol abuse, alcohol dependence and recently alcohol use disorder has far-reaching direct and indirect consequences. It is estimated that on average, regulated alcohol production contributes R72 billion to the South African economy through taxation, VAT, and excise. In 2019, the alcohol sector accounted for 3.4% (R173 billion) of South Africa’s nominal GDP.  However, the cost of alcohol abuse is not worth the billions it makes.

In a ResearchGate article “The combined total tangible and intangible costs of alcohol harm to the economy were estimated at 10 – 12% of the 2009 gross domestic product (GDP). The tangible financial cost of harmful alcohol use alone was estimated at R37.9 billion, or 1.6% of the 2009 GDP”. 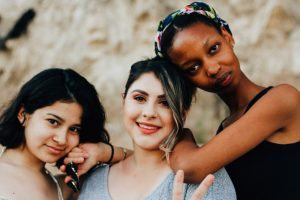 What can be done to reduce Alcoholism in young black women?

Whilst adverts like Bernini push for sales and profit under the guise of self-care and independence, it is important to reduce the intake of alcohol.

According to the Centre for Disease Control and Prevention the Dietary Guidelines recommend that if alcohol is consumed, it should be in moderation—up to 1 drink per day for women and up to 2 drinks per day for men—and only by adults of legal drinking age. Other factors to look into include:

There are organisation like SADAG, Lifeline among others that offer free counselling services.

You may also contact Abantulives for further knowledge and support.