Human Sacrifice and the origins of Religion remain is one of the most disturbing and intriguing aspects of our History.

Dr Gunnar Heinsohn’s Creation Of The Gods: Sacrifice As The Origin Of Religion tackles the origins of Human and Blood sacrifice, tracing it to the days of the earliest Civilization in Ancient Sumer.

Sumerian Human Sacrifice is in his view, the foundation of modern Religion.

According to Dr Heinsohn, the origins of Religion in Sumer can be found in the collective Psychological Trauma caused by the Great Deluge i.e. Noah’s Flood once it is understood as an actual Historical event which traumatized the survivors.

The destruction was simply incomprehensible, and its lingering memory would lead to the establishment of Sumerian Human Sacrifice Priestly Cults tasked with averting future catastrophes.

It is in this context that the Sumerian King-Priests like Ziusudra (Noah) began the ritual of blood animal sacrifice as a means of appeasing the Gods to prevent disasters such as Comets, Meteors, drought or war.

One may therefore view the Post-flood story in Genesis of Noah burning an Offering to God as inaugurating the Sumerian Blood Sacrifice Ritual. In this context however, Sumerian Human Sacrifice was limited only to appeals to the Gods in the most dire cases when the worst disasters threatened.

The Spread Of Human Sacrifice


With the spread of civilization, the Sumerian Human Sacrifice tradition spread across the globe, with Cults being established amongst the Meso American offshoots of the Sumerian/Anunnaki Civilization such as the Maya, Aztec and Inca.

The Tradition of Blood sacrifice as it is expressed in different forms within various Cultural traditions across the World can therefore be traced to the Sumerian Human Sacrifice Template established in Ancient Sumer…In particular, the link between Sacrifice and avoiding disaster. 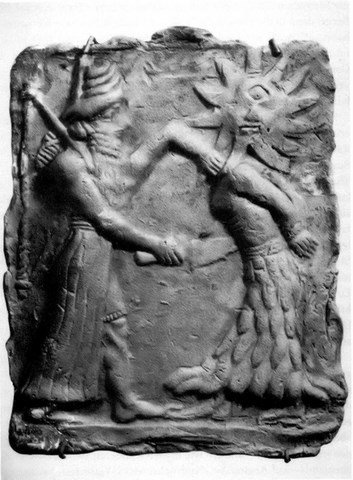 
Dr Gunnar Heinsohn and other Historians suggest that the Torah/Old Testament raises an objection to the Human Sacrifice Tradition.

In doing so, they would distinguish themselves from the surrounding Canaanites who like a significant number of Israelites at the time also followed the Ancient Sumerian-Baal Human Sacrifice Cult.

As the story of Abraham and Isaac in the Old Testament shows, it was the Reformers who won the battle as Judaism shed itself of the Sumerian blood Sacrifice tradition.

The ending of the Isaac and Abraham story was changed from its original Sumerian version in which the Child was sacrificed to its present form in which the child is spared.

According to Dr Gunnar Heinsohn and other Scholars, this was not the end of the debate however as the rise of Christianity marked a revival of the Sumerian-Baal Human Sacrifice Cult symbolised by the Crucifixion and Human Sacrifice of the Jesus figure.

If this is correct, then the Sumerian Canaanite-Baal Human Sacrifice Cult is far from extinct.