In the Gnostic Gosepls the Archons are defined as an Alien False King Tyranny Ruler that controls through masks of deception promoted through war, technological abuse such as mind control, frequency implants, and military strategies and can be applied to human or non-human (Alien) sources. The Archonic Deception stems mostly from the Reptilian and Draconian races from the Orion Constellation.

All this borders on the unbelievable, were it not for the fact the ‘Archon Deception’ was already noted and explained by the First Century Gnostic Christian Movement.

In December 1945, a red earthenware jar was found  near Nag Hammadi, a city in upper Egypt, and inside the jar were papyrus books dating from approximately A.D. 350.

The Papyrus books were released as The Nag Hammadi Library and  for the first time we had a firsthand account of the earliest Christian beliefs. The writings were very different from the Gospels comprised mainly of sayings rather than elaborate social situations for Jesus’ Ministry.

In the Nag Hammadi Library we find first-hand encounters with inorganic beings called Archons. According to Gnostic Nag Hammadi teachings, Archons arose in the early stage of formation of the Solar System, before the Earth was formed and are capable of intruding on Earth.

Archons are considered predators that feed on Human Psychic Energy.

In unmasking the Reptilian Deception and understanding Archons in Gnosticism, we relied on Ancient Sumerian Records and Gnostic teachings, and their illuminating effect should already be clear. 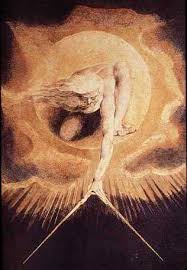 The transformation of flesh and blood Annunaki Beings into a Supreme Spirit appears to have been inspired by the need to find meaning and security – a resting place in the chaos of every generation. It also suited for an ancient Kingship model, and was fashioned to serve the needs of that era.

These were the beginnings of the “Reptilian Deception’ as part of the broader ‘Archonic Deception’ as understood through the Archons In Gnosticism teachings that is now still being carried out throughout by the Reptilian Draco Group.

We have outgrown the notion of autocratic government, but the accompanying Draco-Political Religious mindset remains.

Judaism and all the Religions of today that stem from it, are revealed as the remnants of a Multi-Dimensional Psychological Control System designed to manipulate and dupe Humanity into throwing away its own potential in the service of Extraterrestrial beings that regard our Planet purely as a ‘resource’ for their own Energy requirements whether its Food or Minerals.

This is the essence of the Reptilian Deception, to conceal from Human Beings their true Divine Potential and Identity as Sovereign Spirits by devising a game of Religious Deception and Kingship which diverts the Spiritual Energy Human beings possess to serve their own ends as Psycho-Spritual Parasites, and in the process limiting Mankind’s True Potential because he does not use his Divinity and Energy to develop himself, but instead to feed the ‘Reptilian Masters of Deception’.

Individual Spiritual Sovereignty is one in which Human Beings break away from this cycle by recognising their God given autonomy, and potential using the gift of Free Will.

To be sovereign is to be free, and it is important in the process to affirm our sovereignty so that we can recognize the interference of other beings in our energy field, limiting our potential, intentions and life purpose.

The ‘Archon Matrix’ therefore demands radical new Spiritual solutions, but the truth is the answers have always been with us for Thousands of years as the ‘Nag Hammadi Scrolls’ demonstrate. Therefore, in re-connecting with our True Potential, a ‘Return to Gnosticism’ should perhaps be considered a worthy path.

By definition, the Gnostic Path avoids any structural ideologies except to say, we must all sincerely begin to explore within.

For more on the origins of the Archons, Spiritual Soveriegnty and the Archons, you can check out the featured John Lash Podcast.