When the Soviet Union successfully launched the Sputnik satellites into Orbit in 1957, the United States realised it was shockingly behind in the Space Race.

The reality of superior Soviet achievement was devastating, and served to galvanize America into collective action that would heighten the Space Race and Cold War.

The launch of Sputnik 1 showed the world that the Soviet Union and Communism were ahead of the Western world and it initiated an intense struggle for supremacy with space serving as the arena.

This point in History has become known as the’Sputnik Moment’.

The American Response To The Sputnik Launch

As a result, the United States realised the need to accelerate the development of new military technology.

Soon after Sputnik, the National Defense Education and NASA Acts were passed all of which prioritised Scientifc knowledge starting with a complete overhaul of the educational system as the government invested billions of dollars in education starting at the school level.

It also became a priority for the US to close what it termed the ‘missile gap’.

The stakes were raised even higher when in 1961, the Soviet Union launched Yuri Gagarin, the first human successfully into orbit.

As a result, President Kennedy announced the Appollo Program which was defined by the goal of landing the first man on the moon.

In addition, greater investment was made in the field of space weaponization and development of ballistic missile defence systems.

The end result was accelarated technological achievements in Science and Military technology which culminated in the moon landing in 1969. 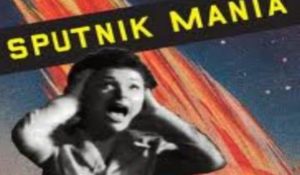 Ultimately, the Sputnik Moment caused a collective Cognitive dissonance in not only the United States but the broader Western World.

However, the United States was able to collectively respond to the challenge by using the moment to rally and galvanize the American public around a new cause.

In the end, America’s triumph was reflected in its success in landing the first man on the moon.

However, the effect was also to also heighten Nuclear weapons development, Militarization and the evolution of the Military-Industrial Complex which has since characterised the American State.

It can be argued that not only America but the world today continues to endure the policy consequences of the Sputnik moment even after the end of the Cold War.

Nevertheless, there can be no doubt that the 1957 launch of Sputnik 1 ushered in a new era for the modern world, and that the world as we know it today would probably be very different were it not for the historic events of 1957 when it appeared for a moment as if global supremacy would lie with the Soviet Union and its allies in the Communist Bloc.

0 replies on “The Sputnik Moment”