What is the cause of all the controversy and what are the Earth Chronicles actually about?

In short, the Earth Chronicles are about the activities of the Anunnaki Ancient Aliens on Earth dating back 450 000 years ago from the landing, establishment of the first base station, founding of Cities, Civilization and the Wars that eventually led to the destruction of the first Anunnaki Ancient Aliens Civilization in Mesopotamia and the rise of Babylon under Marduk.

Revered by some and dimissed as pure fiction by others, ultimately its impact cannot be denied. It was so influental that  the Anunnaki Ancient Astronaut Theory it suggested eventually entered the mainstream with the History Channel Series Ancient Aliens.

The discussion provoked by Sitchin’s Earth Chronicles continues today as new people get introduced to his works via the Internet.

My own interest in the Anunnaki and Ancient Astronaut Theory came about from indulging my curiosity on Human origins…I eventually stumbled on the AAT and Sitchin’s work.

For a while I was content to watch videos providing snippets on various elements of the AAT as I got introduced to the subject, but after a while I decided to get the entire Earth Chronicles so I could read it and make up my own mind about the AAT.

I’m glad I made the decision because it allowed me to get a more complete understanding of the overral picture Sitchin was trying to paint with what I can only best describe as the Ancient Astronaut Theory (AAT) Anunnaki Hypothesis.

In my view, this is important in appreciating the big picture painted and questions raised by Sitchin’s Earth Chronicles series as a whole.

A consideration of the AAT as stated in the Earth Chronicles followed by a summary of the main issues discussed in each of the 7 Books will help in navigating the entire series.

The Ancient Astronaut Anunnaki Theory In The Earth Chronicles

In short, the Earth Chronicles suggests that more than 450 000 years ago, a group of Extraterrestrial beings called the Anunnaki from the Planet Nibiru landed on Earth in search of Gold.

They established a base station on Earth, and the activity centred around this base station would eventually result in a permanent settlement on Earth, the creation of Human beings and the introduction of Civilization as we know it beginning in Mesopotamia.

Furthermore, certain major events in History like the great flood and the spread of culture in the form of Kingship and Religion to Egypt, the Indus Valley and Meso-America can be traced to the activities of the Anunnaki in Mesopotamia according to Sitchin’s Earth Chronicles.

Sitchin provides the basis for his Anunnaki Theory in a series of 7 Books: 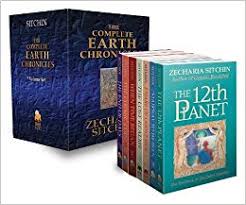 i) The 12th Planet: As the first book in the Earth Chronicles series, it provides a broad outline of Sitchin’s main Theory.

Drawing on Sumerian Cuneiform Scripts coupled with some creative interpretation of Ancient Sumerian Artefacts, Sitchin theorizes that our Planet was visited by Extra-Terrestrial entities called the Anunnaki from the Planet Nibiru who landed in Mesopotamia and founded Civilization 450 000 Years ago.

In short, the 12th Planet tells the complete story of Human Origins that is redacted or summarised from the Sumerian Texts in the Old Testament’s Book of Genesis.

ii) The Stairway To Heaven: This is the second book in the Earth Chronicles series in which Sitchin focuses on Ancient Mythology, and in particular, the archetypal search for eternal life expressed in Ancient Epics like The Epic Of Gilgamesh.

Sitchin also focuses on the Giza Pyramids and Sphinx as expressions of Ancient beliefs about the journey of the Anunnaki Gods to the stars.

However, Sitchin goes further to suggest that these Archetypal stories are linked to actual events in the past involving the Anunnaki which have been lost in time but remain encoded in the Human memory and expressed in enigmatic Ancient Architecture like the Giza Pyramids.

iii) The Wars Of Gods Men: Book 3 is my personal favourite.

In brief, Sitchin outlines how the major Political events and battles in Human History can be traced to ongoing Anunnaki conflicts for control of Earth that can be traced to what he terms the Pyramid Wars and Anunnaki rivalries for succession of the Throne on their Home Planet Nibiru.

Referencing the Sumerian Tablets and correlating it with the Old Testament story of Abraham, Sitchin reveals that the Canaanite and Hittite Wars in the Old Testament which led to the Nuclear destruction of Sodom and Gomorrah, were in reality a War for supremacy between the Anunnaki for control of the Spaceport they had established in the Sinai Peninsula as part of the Earth Colony project.

The Ancient Hindu Vedas are also examined, with the Vimana Epics appearing to provide evidence for the Nuclear destruction of the Ancient Indus Valley Civilization established under the leadership of Aunnaki Queen Inanna.

iv) The Lost Realms: In Book 4 of the Earth Chronicles, Sitchin focuses on the lost Civilizations of Meso-America and concludes based on archaeological and mythological evidence that the Meso-American Pyramid Culture, Ancient Mayan Calendar and Olmec Culture can be linked to the activities of the Anunnaki in Sumer.

v) When Time Began: The fifth book in the Earth Chronicles takes a leap into the Ancient Sumerian Culture, and suggests that the Calendar and Astronomy as we know it today were actually developed by the Anunnaki in Mesopotamia based on Celestial observations and cycles linked to their efforts to keep track of the orbit of their Home Planet Nibiru.

The roots of the Zodiac in the Anunnaki Covenant to share the rule of Earth amongst the top ranking 12 Anunnaki Gods with each Zodiacal sign representing the turn of a particular Anunnaki God to have dominion on Earth until the next Zodiacal sign are also explored.

Disputes over whose turn it as to rule were the causes of the Wars Sitchin discusses earlier in the Wars Of Gods and Men.

Most importantly however, is the idea that the concept and understanding of ‘Time’ in our Culture as understood in our Calendar can be traced back to the activity of the Anunnaki in Ancient Sumer.

vi) The Cosmic Code: The penultimate entry in the Earth Chronicles is dedicated to the Human Body as a gateway to the Cosmic Universe by virtue of our DNA which was imprinted with a code or pattern that would always connect mankind to our creators in the Universe i.e. the Anunnaki.

This knowledge has been kept secret and passed to adpets like to Enoch throughout the ages.

vii) The End Of Days: In the 7th and last Book in the Earth Chronicles Sitchin attempts to answer question whether the Anunnaki will return.

In doing so, he traces the roots of the Old Testament and New Testament’s Apocalyptic Texts in Books like Daniel and Revelation to ancient Sumerian texts referencing earlier Wars between the Anunnaki in the Sumerian Texts.

Therefore the end of days is most likely not an actual end of time, but the mere initiation of a new Cycle in human development or experience with the Anunnaki. 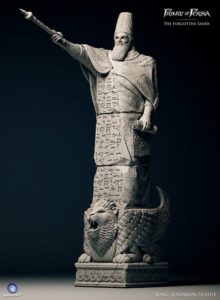 In Ancient Aliens Debunked, the shortcomings of the Ancient Astronaut Theory due to Sitchin’s misinterpretation of Sumerian Texts, artefacts and Ancient Sites in the Earth Chronicles was considered.

Whilst Sitchin’s Earth Chronicles can certainly be faulted on a number of scores, nevertheless, the Earth Chronicles also presents its fair share of unexplained artefacts, phenomena and unanswered questions.

However, in my view, the value of Sitchin’s Earth Chronicles does not lie in whether the AAT is correct, it lies in the broader narrative that the Book series paints or suggests about the origins of Human beings and Civilization.

In particular, how certain archetypal universal aspects of our culture like Time and Religion are the deliberate result of an Anunnaki Agenda that began with their arrival 450 000 years ago.