Whilst the original 1977 TV Series Roots does an exceptional job at exploring the Trauma caused by Slavery in America, it can also be viewed as contradictory because the fortitude of the main character Kunta Kinte is supposedly based on the strength of his African identity even though Kunta Kinte is portrayed as an African Muslim and not a follower of the Pre-Colonial African Religions practiced in West Africa such as Ifa and Voudon during the Trans-Atlantic Slave Trade.

This portrayal of Kunta Kinte as a Muslim rather than as a follower of indigenous African Religion presents contradictions that are not resolved or explained in Roots, and furthermore distorts the overall impact of Arab Islam in Africa by ignoring the role played by Islam in the enslavement of Africans for centuries before and after the Trans-Atlantic Slave Trade.

Kunta Kinte’s Contradictions As A Muslim In Roots

At the beginning of Roots, Kunta Kinte is portrayed as living a free idyllic life in Africa. It is this experience of freedom that is ingrained in his Consciousness which inspires his endless quest for freedom as a Slave in America throughout Roots.

In Roots, Religion and Culture are therefore the symbols used as the basis for Kunta Kinte’s irrepressible African Spirit and Consciousness.

The Mandinka Initiation Ceremony is clearly not Islamic and can only be described as Pagan at least from a Muslim perspective but this is not presented as a contradiction nor are the broader implications or meaning of such a hybrid Religion amongst Africans in Africa explored in Roots.

This hybrid, peculiar and unexplained form of Mandinka Religion that Kunta Kinte follows appears to serve one clear purpose in that by the time Kunta Kinte is abducted into Slavery, Kunta Kinte’s Humanity and that of the Mandinka People are established.

One can perhaps say the idea that Kunta Kinte was a Muslim makes it easier for the audience to empathise with Kunta Kinte and the Mandinka by making them more accessible or relatable than they otherwise would have been if Kunta Kinte had been portrayed as a follower of the indigenous African Religions of the time such as Ifa and Voudon.

Things get stranger when Kunta Kinte arrives in America as we are shown scenes of Kunta Kinte remembering his African Homeland as he prays in the Orthodox Muslim fashion by facing Mecca whilst at the same time giving his Child Kizzy an African name, and ensuring that she receives her name according to Mandinka tradition in the same traditional manner that Kunta Kinte received his name in Africa.

In addition, the climax of Roots shows Kunta Kinte’s descendant, Chicken George, recounting the History of Kunta Kinte’s Family in accordance with the Oral Griot Tradition of Africa once they obtain Freedom.

There is also no indication that any of Kunta Kinte’s descendants make any effort to learn the Koran in America yet this was also part of their Father’s Religion in Africa.

These are unresolved contradictions in the narrative of the 1977 Roots TV Series that feed into the unexplored legacy of Arab Islam in Africa which is totally absent from the conversation in the 1977 Roots TV Series other than to romanticise the impact of Arab Islam in Africa and to make Kunta Kinte more ‘Human’ and relatable to contemporary audiences.

This is important since the subject of the 1977 Roots TV Series is Slavery which actually began with Arab Islam in Africa prior to the Trans-Atlantic Slave Trade portrayed in Roots. 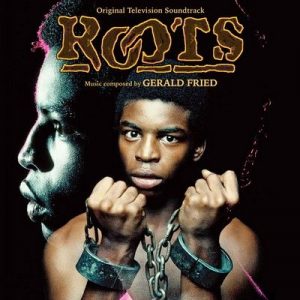 The Impact Of Arab Islam In Africa Absent In Roots

In addition, the arrival of Islam in Africa led to Jihads by converted Islamic African States such as Mali and the Fulani against other weaker African States whom they conquered and enslaved in the name of Islam after which they imposed Islamic Law.

The Arab conquest of North Africa was also a form of colonization that took place in the 7th Century when Arab Muslims from Saudi Arabia conquered Egypt and the whole of North Africa bv displacing the Ethiopians and Berbers who initially occupied this region.

From this perspective, its evident that Slavery was an integral part of Islam’s interaction with Africa which also led to Political upheaval in Africa as indigenous institutions were replaced by Islam either by the Arabs themselves or African States that had adopted Islam as their official Religion.

Slavery in Africa was thus mainly an Islamic institution between the 9th and up to the 13th Century before early European involvement in the Slave Trade starting in the 14th and 15th Centuries.

In the final analysis, the 1977 Roots TV Series appears to oversimplify and gloss over the impact of Arab Islam in Africa in its efforts to Humanise Kunta Kinte for contemporary audiences.

The stark reality is that if Kunta Kinte was Muslim, he is more likely to have enslaved other Africans than to have been taken as a Slave himself.

Nevertheless, despite these shortcomings, the 1977 Roots TV Series remains a compelling portrayal of the Trauma and cognitive dissonance suffered by African Slaves on North American Slave Plantations as a result of the Trans-Atlantic Slave Trade.

Perhaps portraying Kunta Kinte as Muslim may have also fitted well with the Pro-Black Resistance Movements in America at the time such as the Nation of Islam to which popular figures like Malcolm X belonged.

Thus presenting Kunta Kinte as a Muslim presented him as a counterblast to White Supremacy in the contemporary Post Civil Rights American context in which the Roots TV Series was produced in 1977.

However, this distorts the reality of the impact of Arab Islam in Africa on the question of Slavery which is the very subject matter of the 1977 Roots TV Series.

Furthermore, whilst portraying Kunta Kinte as a Mulsim humanises Kunta Kinte and the Mandinka on screen, it also presents contradictions in the overall narrative of Roots that are never resolved.

In particular, the relevance of Kunta Kinte’s Muslim heritage to his descendants and their quest for freedom abruptly vanishes from the narrative in Roots.