Towards the end of this book,The Quiet Violence Of Dreams, I came to the unexpected realization that it could potentially be considered a work of Afrifuturist speculative fiction.

It is tempting to regard it purely as a great work exploring the dynamics of contemporary South Africa from the perspective of its Black and White youth against a Socio-economic backdrop tainted by Apartheid.

However, through the journey and transformation of its central character, Tshepo, a young Black Gay University dropout from a wealthy family with Mafia connections and who has a tortured past, it also explores African Spirituality in a way that may be considered Afrofuturistic.

In The Quiet Violence Of Dreams, Mandela’s Rainbow Nation is indicted and the charges stick.

We begin with Tshepo’s admission to a State Mental Asylum for Cannabis Induced Psychosis where we are also introduced to Mmabatho, an eclectic and fiery young Black South African female Drama Student who is also central to the plot.

From the indifferent and torturous treatment Tshepo gets at this Facility receiving mind-numbing medication from uncaring nursing staff and arrogant Psychiatrists, a grim and convincing picture of South Africa’s vicissitudes is painted.

Tshepo’s interactions with a wide spectrum of Black and White patients at Valkenberg Mental Hospital, most notably, the cunning but misunderstood Coloured patient Zebron, are a painful window into South Africa’s Apartheid legacy misery at the individual level.

Its no surprise that Tshepo plots his escape from Valkenberg, but is later returned to finish his treatment when a failed attempt at making it on the outside attracts Police attention after they are called to Tshepo’s Flat due to what at that stage appears to be another of Tshepo’s Cannabis induced Psychotic episodes.

Eventually Tshepo completes his treatment and is officially discharged.

His optimism to succeed in the outside world is dampened by a struggle to find meaningful employment and a brutal betrayal by his ex-convict Flatmate, Chris who also works at the same Restaurant as Tshepo.

Tshepo’s stint as a Waiter comes to an abrupt end when Chris’ hidden scheme reaches its climax, and Tshepo is fired because his admission in a mental institution is revealed to his employer by Chris who unknown to Tshepo, had planned to takeover Tshepo’s job all along.

Despite initially acting like a friend to Tshepo, Chris finishes the job by robbing Tshepo of most of his valued possessions, and then brutally sodomising him with the help of 2 of his former Prison Gang brothers.

After this harrowing experience Tshepo once again optimistically faces the streets of Cape Town with Mmabatho’s enduring support.

Mmabatho also has her own struggles as a young Black South African woman with her own sensibilities when an interracial relationship with a German Foreign student results in an unplanned pregnancy, testing her convictions about Race, life, love, Humanity and her own identity.

In the meantime Tshepo finds unlikely Salvation as a Gay Prostitute at Steamy Windows Massage Parlour.

During his time at Steamy Windows, the Rainbow Nation’s impact across South Africa’s entire Racial spectrum is explored. Tshepo also begins to feel like he belongs to a brotherhood of Homosexuals undefined by Race, accepting and celebrating their own identity.

The dilemmas of the young Multi-Racial South African and Foreign Prostitutes, as well as the intimate stories they exchange at Steamy Windows while trying to come to terms with the fact that they sell their bodies for a living, reveal how everyone’s fortunes and prospects have been affected in the Rainbow Nation.

Tshepo forms a close and unlikely bond with an Afrikaans Gay Prostitute West, who invites Tshepo to his Home to meet his family in the Afrikaner suburbs when West leaves Steamy Windows. This encounter convincingly explores how the younger generation may resolve the issues engendered by the past by respecting each other’ Culture as a start.

There are references to Tshepo’s Spiritual connection throughout the book.

For instance, Tshepo has the unexplained habit of randomly wandering the streets of Cape Town all night, at times naked. He also frequently experiences powerful visions.

At Steamy Windows, Tshepo has a discussion with a confidant in which they discuss Humanity’s Ancient Ancestry dating back to the mythical Kingdom of Atlantis. In his own musings and intuition Tshepo also has a sense of connection to Human Ancestry going back as far as Horus in Ancient Egypt and the Inca of Mexico. 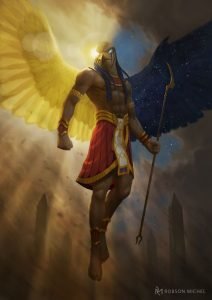 After West leaves, Tshepo decides that his time at Steamy Windows is also up, and with the small fortune he has managed to save, he can restart his life in Johannesburg and face his demons, especially those related to his enstranged Father.

In the end Tshepo embraces his Spiritual calling and finds solace in fullfilling work as a Social Worker working with young children in a Charity organization.

Ultimately, its in how The Quite Violence Dreams explores the African Ancestral Spiritual Calling that it may be considered Afrofuturistic.

It is Human Ancestry from the most Ancient times.

The plot is propelled by a stream of consciousness comprising the trains of thought of the various characters all equally important with Tshepo’s being the most explored. However unlike James Joyce’s Ulysses or Dambudzo Marechera’s House Of Hunger, the trains of thought in The Quiet Violence Of Dreams are instantly intelligible, and the effect is devastating.

Sadly, the author Sello Duiker committed suicide in 2005…A real loss, and I’m only left to wonder what gems he may have shared in future. 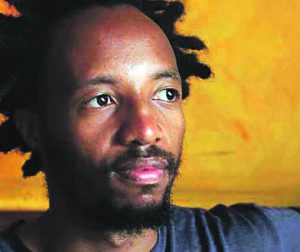 The featured documentary Madness Of The Calling explores the African Spiritual calling in modern day South Africa and its meaning through the lens of a White Sangoma.