Mauro Biglino is a former Vatican Translator who translated 23 books of the Bible for the Vatican, and has translated the Leningrad Codex (the version of the Bible which all three major monotheistic religions – Christian, Jewish and Muslim – recognize as the official Bible) from the Hebrew, word by word, literally and with no interpretation whatsoever.

In the course of translating the Bible, he discovered that many of the stories  were deliberately given mistranslated Theological interpretations that were not consistent with the actual original Hebrew Text.

In his view, the actual story told in the Bible was of the activities of an Extraterrestrial Race on Earth.

For instance, the story in Genesis was not originally a story of Creation from nothing, but was instead about the division of an already existing place amongst the Sumerian Elohim ‘Gods’ referred to in the original Texts.

In Mauro’s understanding, the Bible doesnâ€™t talk about an eternal unerring God, neither about something divine, but it reveals a different story about the origin of human being on Earth. In his view, the Bible cannot talk about a divine unerring God because the concept itself did not even exist to the original authors, therefore they could not have written about a concept that was completely alien to their culture. 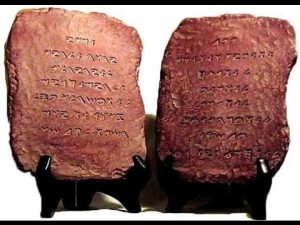 Mauro’s research culminated in his book “THE BOOK THAT WILL FOREVER CHANGE OUR IDEAS ABOUT THE BIBLE – THE GODS COMING FROM SPACE”, after which he was suspended by the Vatican.

In the final analysis, Mauro’s Bigino’s work supports the Ancient Astronaut Hypothesis and suggests that we should perhaps consider the implications of Ancient Sumerian Texts and the Bible based on what they literally say without attempting to add our own interpretations.