This is one of those Posts I didnt initially plan on making but after watching Narcos Season 3, I couldn’t hold back.

The 3rd Season focuses on the take-down of the Cali Cartel following Escobar’s demise in Season 2. Initially, I found the pacing of Season 3 a bit slow, but once I understood and appreciated its angle, I was completely sold. In short, Season 3 is about ‘Following the Money’, and we all know how explosive that can be after ‘The Wire’. 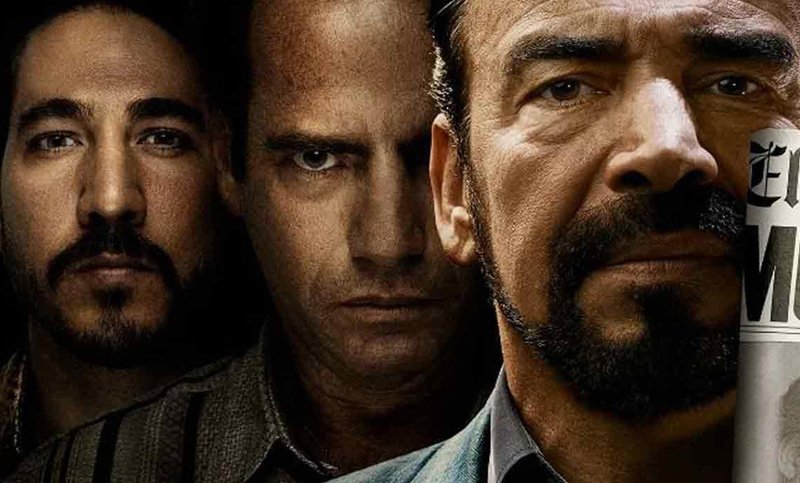 In addition to exploring the intricate investigation into the Cali Cartel, Season 3 also takes us into the Political belly of ‘The War On Drugs’, as well as the ‘Narco States’ such as Colombia and Mexico that have emerged out of the web of greed, violence and corruption the drug trade has spawned.

In this article, we’ll talk about the other reason I enjoyed Narcos Season 3 so much...The 90s Hip Hop soundtrack, and in particular how the Hip Hop score is so well executed, it marks a creative Pop Culture highlight that displays Hip Hop’s potential as a legitimate Cinematic device.

Cypress Hill, Jeru the Damaja, Mobb Deep and most notably, the Wu-Tang Clan all make appearances which adds to the authenticity of scenes. A notable scene has Cali Cartel assassins rolling around the streets of Colombia listening to Mobb Deep’s ‘Shook Ones’. Hearing the song’s iconic opening lines in this context: “To all the killers and the Hundred Dollar Billers/For real N…..z who aint got no feelins” lends weight, grit and authenticity to the scene.

My favourite though is a scene included in the Trailer in which Wu-Tang Clan’s ‘Shadowboxin’ serves as the background to a Cali Cartel execution…Sublime, and as well executed as Stanley Kubrick’s choice ofÂ  Strauss’s “Also sprach Zarathustra” for ‘2001: A Space Odyssey’.

RZA always Produced Wu-Tang albums in a Cinematic way using classic Kung-Fu flick samples, so his move to Hollywood Producing 2012’s, ‘The Man With The Iron Fists’ and now the use of Wu-Tang’s music in Film is perfectly consistent with his Artistic vision. Narcos 3 grants that vision full respect, recognition and accurate rendering.

We hope to see more of this sort of non-cliche Cinematic approach to Hip Hop music in future Film Productions, and our hats go off to the Producers of Narcos 3 for keeping it real, RZA, Hip Hop and the Wu-Tang Fam for the great music that contributed to the latest season of Narcos.

This also serves as our latest entry for the Hip Hop Faculty, and join us for Part 2 on Narcos 3 as we dissect its Political narrative…You’ve got to watch the latest season.

Meanwhile you can peep the links below for the Narcos Season 3 Trailer as well as the classic Music Video for Wu-Tang Clan’s ‘Shadowboxin’.