The Nuclear Arms and Space Race were not the only fronts on which the Cold War was waged.

In addition to Nuclear capability and Space superiority, the Soviet Union and America also competed for superiority over control of the Human mind.

Russia’s Lenin sought to create an obedient and homogenous Soviet Population that would respond to the commands of the Communist Soviet State without question through Mass Social Conditioning based on the dog experiments of Russian Scientist Ivan Pavlov who was able to show that dogs could be trained/conditioned to salivate at the sound of a bell in anticipation of food if they associated the sound of the bell with food.

The dogs would continue to salivate even when the bell was not always followed by giving the dog some food after the conditioning had set in.

In Lenin’s view, this type of conditioning could be extended to Politics and Social Engineering as a means of managing a docile and predictable Human population.

Fearing that the Soviets would dominate the area of Human Mind control and Psychological Warfare, the American Cold War response was to form MK-Ultra, an experimental Mass Psychological control program which officially ran from 1953 to 1964.

MK-Ultra was primarily concerned with Human behaviour modification and a variety of means were tested on Human subjects including mind altering Psychedelic drugs like Acid and LSD.

Both the Soviet Union and America were attempting to weaponise the Human Mind during the Cold War.

For this reason, Manchurian candidates, a special type of Brainwashed soldier capable of carrying out Spy and other Military operationsÂ  under what can be described as a Hypnotic influence were developed and deployed as part of the Psychological Warfare MK Ultra was created to wage. 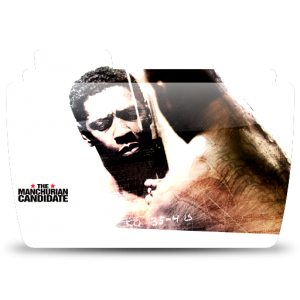 After the Cold War, a new arena for MK-Ultra’s valuable behavior modification capabilities was sought, and a suitable niche was found in the world of Consumer advertising.

The legacy of MK-Ultra is most evident in today’s system of Mass Media which has achieved Mass Social Control by propagating and conditioning Humans to a Consumerist Culture Paradigm.

With the fall of the Soviet Union, the model of Mass Social Control built from MK-Ultra has now been adapted to modify and influence Mass Consumer behaviour by advertising that manipulates Human desires.

One of the most notable examples is the influence of advertising in normalising smoking amongst women when it was still taboo by portraying cigarettes as ‘torches of freedom‘ in the heyday of the women’s liberation movement.

Since then, MK-Ultra’s behaviour modification techniques continue to be prominent particularly in the field of Public Relations and modern forms of Government Propaganda as reflected in Mass Media.

For more information on Mk-Ultra, peep the recent Minds of Men DocumentaryÂ  which dives deep into the History of MK-Ultra and its use as a tool for Mass social control.

While youâ€™re here, dont forget to Subscribe to the Whatsapp Channel to get articles, share links and discuss.