In ˜Who Wrote The Matrix, we covered the lesser known story of Sophia Stewart who claims to have written The Matrix and Terminator Films. The story of South African composer Solomon Linda is even more astounding, and the details are laid bare in a new Netflix documentary The Lion’s Share.

It’s an unmatched story of cultural appropriation and exploitation revealing how despite Linda’s composition became a worldwide phenomenon earning millions in sales and publishing Royalties for Record Companies and Disney Studios both in Africa and abroad, the Composer and his family continued to wallow in poverty until a Lawsuit was instituted and finally settled by Disney in 2006.

The Recording, Release and Success Of Mbube

Mbube or The Lion Sleeps Tonight as it would later become more popularly known is a 1939 Zulu recording by Solomon Linda and his group The Evening Birds for Gallo Records, South Africa. 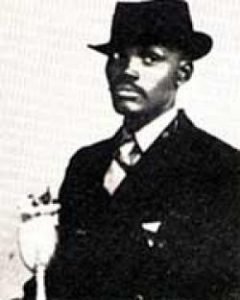 It was a hit in South Africa that influenced the evolution of a new choral musical style dubbed Mbube which was popular on South Africa’s mines.

Mbube the song was destined for bigger things however, when in 1951, American group The Weavers recorded an adaptation they called Wimoweh, a title arising out of a mistaken attempt at translating the original Zulu chorus into English.

Wimoweh hit the Billboard charts, and spawned more adaptations by other African and international Artists including The Tokens, Miriam Makeba and Jimmy Dorsey.

Eventually Mbube was used by Disney as part of the Lion King soundtrack.

The Royalties and sales for Mbube were unfortunately not passed onto Solomon Linda or his family.

Instead, Gallo Records attributed authorship of the song to a fictitious Paul Campbell which allowed the Record Company to collect Royalties for its own benefit.

In order to resolve the question of Ownership of the song on South African soil, Linda signed away his rights to the song to Gallo under a Copyright Assignment agreement concluded prior to his death.

The document which Linda probably did not fully understand was then used as the basis for Gallo’s Publishing copyright, and allowed Gallo to collect all recording and publishing worldwide Royalties for Mbube.

The story might have ended there had it not been for a Rolling Stone Article written by Rian Malan in 2000.

Rian’s Rolling Stone piece estimated that Mbube had earned at least $15 million from its use by Disney alone.

In addition, it also told the story of how Linda died a pauper and that his family had not received any of the Royalties earned from the song over the years.

The article ignited a Lawsuit which Disney promptly settled with the Family receiving some Royalty payments into a Family Trust.

Despite the payments received so far, it appears as if a dispute subsequently arose between the Family and Trustees concerning the full amount due to the family from the Trust.

The Lion’s Share concludes on a positive note recognising that after all it was better for the Family to have received some compensation than none at all as would have been the case if the Lawsuit had not been filed.

Nevertheless, Disney and the other International Record Companies continue to collect the international Royalties due from the International adaptations of the song whose copyright is still enforceable outside South Africa.

The settlement reached with the Family assigned the International Publishing Rights to Disney, and so the Family is now excluded from further participation in Mbube’s overseas earnings.

In the final analysis, Solomon Linda’s story is an extremely tragic case of exploitation and cultural appropriation…It also reminds one of the History of Rock n Roll music which was started by Black Artists like Little Richard who never got the full financial benefits or Cultural recognition for their creativity.

The Lion’s Share Documentary offers a glimpse into the shark infested waters of the music industry and you can catch it on Netflix…Hope you enjoy the original Mbube Recording as well as Rian’s Rolling Stone article which you can read here.