The moon landing in 1969 resulted in a flurry of optimism in the expectation that Humans would soon conquer space, virtually turning it into our new backyard.

However, progress did not come as expected, and with the shut down of NASA’s Space Shuttle Program, the prospects of further Space exploration dimmed even more.

The dream didnt die completely though and today, Elon Musk, his Company Space-X and Government Agencies are working on plans to land humans on Mars by 2024.

Whilst its great that the Mars dream is still alive, the question remains as to whether this is an achievable goal.

Many experts suggest that a Mars Colony is nothing but a Pipe dream due to the monumental technical, biological and psychological barriers involved.

Is the Mars project nothing more than cultural hyperbole, or is it actually possible for Humans to make Mars our new home away from the Pale Blue dot?

The Cost alone of going to Mars would have ordinarily prevented any serious discussion about Humans landing and establishing a Colony on Mars.However, Elon Musk’s Space-X pioneered the use of Re-Usable Rockets as a means of radically reducing the cost.

Space-X has experienced many teething issues with this technology, and whilst improvements and strides forward have been made to make Re-Usable Rocket Technology a reality in future, it remains to be seen whether Re-Usable technology will succeed in lowering the Cost enough, whilst at the same time ensuring that it provides Rockets that are up to the task of landing us on Mars.

Terraforming refers to the idea of geoengineering a planet to make it habitable for humans and other life.In the case of Mars, this would require altering the atmosphere by injecting gases like oxygen with the aim of initiating a greenhouse effect on Mars.

However, it turns out the Martian atmosphere is so thin and hostile that Terraforming is just not feasible given the current State of our Technology and atmospheric conditions on Mars.

Access to a reliable supply of the key resources and nutrients required to support life in the form of Calories and minerals we obtain from food and water on Earth is an immediate and obvious risk to the Mars Colony project.

The hostile atmosphere, Radiation and toxic Soil found on the Martian surface mean that growing food on Mars will be a formidable challenge.Underground Greenhouses with artificial lighting have been proposed as a way of dealing with this problem, but there is no clear solution and plan as to how food and other basic nutrients will be made available on Mars.

The fact that only 3 percent of the Martian surface has been mapped makes it even more difficult to determine  the ideal location for Colonists to land and establish an initial base where food and water will be produced in sufficient quantities.

Radiation poses the risk of Cancer and other long term potential health complications.Underground bases built inside Ancient Martian natural caves have been suggested as a potential solution, but the radiation health risk is constant and long term, and there is also no clear solution as to how it will be addressed.

NASA has already started experiments to understand the effects of micro-gravity by sending Astronauts to the International Space Station to spend a year in a Gravity free environment away from Earth as a simulation of conditions on Mars.The data is still being collected and interpreted whilst NASA waits to assess whether any negative health effects will be seen in old Age. 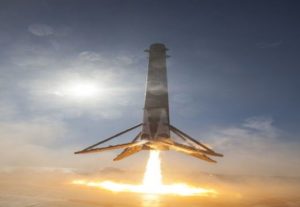 Last but not least, is the Psychological effect a prolonged stay away from Earth is likely to have. Mars Colonists will be confined in a closed crowded environment for an extended period of time, and its quite conceivable that this may result in some people experiencing Psychological breakdowns or increased conflicts amongst the Colonists.

Parallels have been drawn with the era of Sea Exploration in which it was common for crew members to experience Psychological breakdowns on long sea voyages.

Its likely that the same will happen on Mars with some people, although the seriousness of the distress, its symptoms and how to treat it are still being investigated.

NASA has also conducted the High Seas experiment to investigate the effects of extended isolation on Mars by conducting a simulation on Earth in an environment similar to Mars.

In the meantime, Space-X and Elon Musk continue to play their role by constantly tweaking the Re-Usable Rocket Technology Space-X pioneered, steadily improving the Falcon Rocket in successive launches.

Combined with the ongoing co-operation, experiments and funding from NASA, its clear that the Mars Project is moving ahead regardless of the enormous challenges.

Ultimately, the Mars Project is a leap of faith.

Logically, its perfectly understandable why the Mars Project would be described as Science Fiction once we appreciate the true magnitude of the challenges involved.

Nevertheless, the desire to reach the unknown is what makes us Human, and its the reason why I believe the challenges will eventually be conquered and we will one day establish a Colony on Mars. 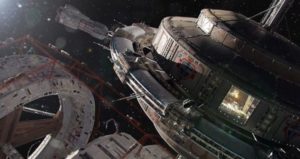 We probably wont establish a Colony or even land on Mars by 2024.

We are also a long way off from establishing Colonies depicted in Films and most recently TV Shows like The Expanse which appear to gloss over the enormous challenges that will have to be first overcome before we establish Society, Government and begin to have Wars in Space.

However, we have reason to hope that this will be a reality one day.