Long Walk To Freedom inspires different people across the world for different reasons.

Its an intimate rendition of Mandela’s life story from his youngest days as a boy in the village of Qunu, t0  his Varsity days, professional and personal life as well as his Political career.

Born on 18 July 1918. Nelson Mandela’s father was a Chief of the Xhosa Nation’s Thembu Tribe.

When Mandela was 9 years old, his father passed away, and he was sent to live with the acting Regent.

The Regent, Chief Jongintaba Dalindyebo enrolled Mandela at Wesleyan College mission School to ensure he got a good education, after which Mandela proceeded to University at Fort Hare.

During his time as a student, the Regent arranged for Mandela to marry the daughter of a Thembu Priest, but Mandela resisted the arrangement by running away to Johannesburg in 1939.

Life in Johannesburg exposes Mandela to the vagaries of urban colonial South Africa.

He also began Practicing Law in Partnership with Oliver Tambo who would also be instrumental in leading the ANC in its struggle against Apartheid.

It was during this time that Mandela began his Political activism by joining the ANC in 1943 and founding its Youth League in the same year.

Mandela would eventually become disillusioned and radicalised after realising that the non-violent Protest of the ANC ‘defiance campaigns’ would not yield the transformation that was necessary in South Africa after they were met with crushing brute force by the Apartheid regime.

Mandela describes his radicalisation as a process of realising that Blacks in South Africa could not gamble on Colonial ideas like the inherent fairness of Western Civilization embodied in maxims like the ‘British sense of fair play’ to deliver Africans from the jaws of Aparthied.

It was ultimately up to Africans to take their destiny into their own hands, and Mandela became the first amongst the ANC Leadership to call for the formation of a Military Wing of the ANC called Umkhonto WeSizwe (‘Spear Of The Nation’) which was formed in 1960 after the Sharpeville Massacre.

Johannesburg would also be the place he would meet his first two wives. with the second Wife, Winnie Mandela becoming his struggle companion. 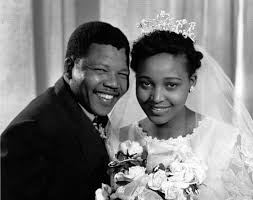 There was no time to settle domestically however as in 1961 Mandela was convicted for his part in inciting a strike and exiting South Africa without a Passport.

He fled the country but he was recaptured, tried and convicted for sabotage in 1964 where he was sentenced to Life imprisonment at 46.

Mandela would be incarcerated for 27 years, the majority of which were spent on Robben Island where he was sentenced to hard labour until his release in 1990 to become South Africa’s first democratically elected President in 1994.

Long Walk To Freedom also shares the impact of imprisonment on Mandela’s children and marriage.

The most excruciating part of the Book for me is the loneliness and suffering endured by his Wife, Winnie and the Children during Mandela’s time in prison.

It was difficult for Mandela and the family to cope with the bare reality and needs for their own survival when Mandela was a celebrated folk hero symbol of the anti-apartheid struggle whilst at the same time he was incapable and powerless to provide the most basic things a Father should be able to provide his Wife and Children….His presence and material support.

Long Walk To Freedom ultimately shows that the struggle demanded sacrifices beyond the realm of ordinary human comprehension or capacity…Its safe to say that Mandela probably went through periods of intense self-doubt in which he wondered whether the sacrifices he had made would ever be justfied.

Both during his imprisonment and after his release, Nelson Mandela symbolised the ideals and virtues of the anti-apartheid struggle.

Nevertheless, the Realpoiltik challenge of alleviating the Poverty of South Africa’s Black population was not resolved during his Presidency. In reality, it was probably too much to expect to reverse the entrenched systemic consequences of Apartheid during Mandela’s short Presidency. 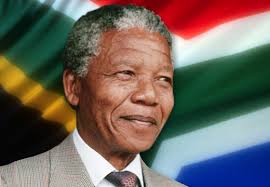 However, in successfully negotiating the end of Apartheid and ushering in democracy in South Africa, Mandela played his part in laying the foundation that would be required to reverse the ill-effects Apartheid over time.

In the end, Mandela’s Long Walk To Freedom is an extraordinary journey in the life of a great Man who regards himself as ordinary.

The featured video clip is the famous speech given by Mandela during the Rivonia trial…At times like this when the stakes so were so high, you can only respect Mandela even more for his courage when you realise that even he didnt know how things would turn out, and how History would eventually Judge him.

Long Walk To Freedom also shows that a person can live many lives in one lifetime as Mandela’s journey through his relationships and experiences from his days as a boy in the far flung village of Qunu to global icon demonstrates.

All things being said, Long Walk To Freedom still remains as relevant today as the day it was published, and there are many enduring Historical but most imporantly life lessons on struggle we will always learn from it.

Check out Mandela’s brave Rivonia Trial Speech and our article archive for more entries on Black struggle and resistance.