According to Historians like Cheikh Anta Diop, the relationship between Egypt and Kush was such that Kush influenced the development of Egyptian Kemetic Civilization.

By 3 800BC the Egypt and Kush were so related that Kush can be considered the Southern mother Culture of the Nile Valley in the Nubian Province or Nome of Ta-Seti.

From this perspective,  Egyptian artefacts such as the Narmer Palette suggest that by 3300-3500 BC the relationship between Egypt and Kush was such that the development of Kushite Civilization led directly to the creation of Egypt.

The Kushite Nubians of Pre-Dynastic Egypt from Ta-Seti had already founded their own Nubian Dynasty by the time the Kushite King Narmer (Menes) created Egypt by uniting the Upper (Southern) and Lower (Northern) Nubian Kushite lands. 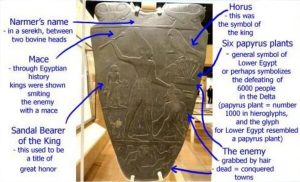 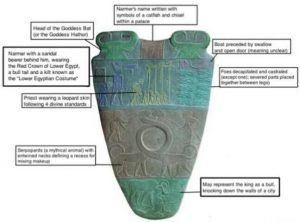 This interpretation of the relationship between Egypt and Kush in which Kush is seen as the Mother Civilization of Egypt is also supported by other artefacts discovered at Kushite sites like the Qustul Tombs near the Sudanese border which show various symbols of Ta-Seti Royalty from Pre-Dynastic Egypt.

These Nubian Kushite such as an incense burner,  a Palace facade, and a King wearing the Southern Nubian Kushite Crown sitting on a Throne in a boat bearing the Royal standard of the Falcon God Horus suggest that Kush influenced Egypt from the time of Pre-Dynastic Egypt.

The Kushite Monarchy of Pre-Dynastic Egypt therefore created the Template for Egyptian Kingship once Upper and Lower Egypt were united under Narmer’s Dynasty. 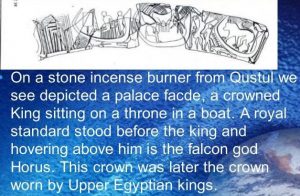 Evidence of Kingship in ancient Nubian Kush thus raises the possibility that a prototype Southern Kushite Nubian Dynasty Mother Culture directly influenced Egypt when its symbols were adopted by the Egyptian Monarchy under King Narmer.

Based on the Narmer Palette and Archaeological excavations at sites like Qustul, there is evidence to conclude that the relationship between Egypt and Kush was such that Kush as the Mother Civilization of the Nile Valley gave birth to Egypt  because a unified Kushite Nubian Monarchy ruled Pre-Dynastic Egypt from the Southern Province of Ta-Seti from at least 3 800 BC.

This Pre-Dynastic Egyptian Nile Valley Culture existed in Kush into the late Naqada period, and extended from the South downwards along the Nile as various new Provinces or Nomes were created whilst it expanded until the Unification of the South (Upper Egypt) and The North (Lower Egypt) occurred when Narmer defeated the Northern Scorpion King leading to the founding of the first Egyptian Dynasty at Memphis. 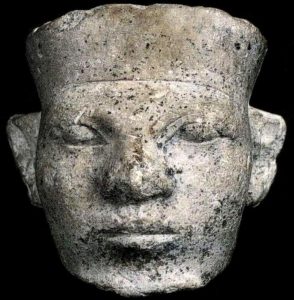 Egypt’s First Dynasty at Memphis under the Old Kingdom continued to use and eventually developed the prototype Royal symbols and Culture from its Pre-Dynastic Kushite Mother Culture that had been inherited from the Southern Nubian Monarchy of Kush that began at Ta-Seti.

From this perspective, the relationship between Egypt and Kush is one in which Kush provided the Blueprint on which Egyptian Civilization was based and can be considered the Mother Culture of Ancient Egypt which demonstrates Africa’s contribution towards world Civilization. 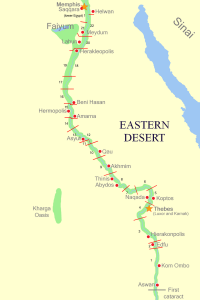 0 replies on “The Relationship Between Egypt & Kush”