The term ‘Jihad’ has become hotly contested in Culture today.

On the one hand Jihadist Groups view violent Jihad as the simple expression and continuation of Islam in its original form when it was initially established in Arabia.

From the other perspective, you have a Moslem group best described as ‘Moderate’ who contend that Islam is in-fact a Religion of Peace and that Jihadist groups like the Islamic State have corrupted the true teachings of the Quran, and in particular, the true meaning of the term ‘Jihad’ to suit their own objectives.

Is this simple Political correctness or are the so-called ‘Extremists’ and ‘Fundamentalists’, the most repugnant to the modern world, the truly faithful Muslims?

Is the struggle for the meaning of the word ‘Jihad’ representative of an internal Theological struggle within Islam for its survival in a Multi-Cultural and increasingly Omni-Cultural world?

A look of the History of Islam going all the way to its origins would certainly be useful in answering the question.

Violence & The Birth Of Islam

The use of violence in the course of Islam’s Global expansion is Historically recorded even in the Quran and accompanying interpretive texts, the ‘Hadith’. The massacre of the Jews at Banu Qurayza is one such hotly contested example.

Besides such examples, Quranic verses including the infamous Sura 9:5 AKA “The Verse Of The Sword” read as follows:

In addition, the Hadith contain numrerous interpretations of the term ‘Jihad’ in militaristic terms. 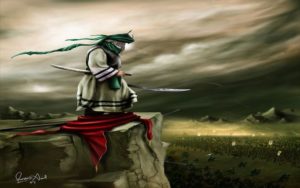 Important to note is that ‘personal’ Jihad according to one view can only commence once the ‘external’ militaristic Jihad has accomplished the task of creating an Islamic State.

Personal Jihad is therefore only secondary to the creation of a global Islamic Theocracy.

One World Government under Shariah Law is the primary goal and only context in which meaningful personal Jihad can be experienced.

If violence coupled with a philosophy of mandatory expansion are integral to what I can best describe as ‘early Islam’, the question then arises as to whether the ‘Extremists’ are not simply abiding by the original form of Islam?

If that is the case, is the revisionist ‘Peaceful Islam’ not merely a Theological construction to save Islam in the face of mounting pressure to survive in the modern world?

Its clear that the power to influence a particular interpretation of the term ‘Jihad’ within the mainstream narrative is becoming increasingly important.

Whoever controls the meaning of the term ‘Jihad’ will determine whether Terrorist acts like the Manchester Bombing fall within or outside the scope of ‘legitimate’ Islam. This has consequences for Islam’s integration in to the emerging Global Omni-Culture.

In my view, given the recorded violence accompanying the Birth of Islam, ‘Jihad’ in the form of actual violence and war has been integral to the establishment of Islam and its expansion throughout the world all the way to Turkey, until the siege of Vienna on September 11, 1683 when the Islamic Empire began to fall into decline.

Its been suggested that the September 11 attack was a sign that the Global Islamic renaissance had begun. The decline in the Islamic Empire which began with the loss at the Battle of Vienna on that day was now being arrested, as Islam begins to reclaim its dominance through Jihad.

The violence and Bombings indicate that those Muslims who view ‘Jihad’ as warfare are intent on carrying out their ‘authentic’ version of Islam.

In their criticism, the Islamic Moderates or Apologists should not gloss over the violent aspects of Islam by describing the violent Jihadists’ as ‘corrupters’ of the ‘True Peaceful Islam’.

The truth is the Quran and Hadith when chronicling the rise of Islam do provide a basis for the use of violence and death in the creation of a Utopian Islamic State.

The Jihadist threat is therefore real and is not entirely delusional and completely divorced from the Quran itself.

Lets be honest about this otherwise we will not confront the danger posed by violent Jihad with realism.

A dose of reality is much needed here, and we need to go beyond Political correctness. 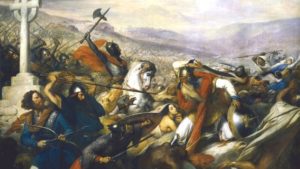 Ultimately, I personally believe most Moslems are peaceful people who do not support violent Jihad.

Nevertheless, much like Christianity has struggled with revisionism in order to adapt to new Social conditions, it could be that the ideological contest over the term ‘Jihad’ is part of Islam’s own revisionist struggle in the modern world.

The ‘radicals’ may only be those who refuse to revise the doctrine according to modern social mores.

In Islam: What The West Needs To Know, a concerning portrait of the Theological origins of Radical Islam and Jihad is painted.

As always, we recommend that you check it out and make up your own mind