Despite the release of government records in 2017, and the 1964 Warren Commission report, the JFK assassination continues to generate controversy.

The official explanation which was inconclusive in determining whether lone gunman Lee Harvey Oswald was the assassin as alleged by the FBI coupled with other discrepancies and unanswered questions cast doubt on the correctness of the FBI investigation.

In the 1991 Film, JFK, Oliver Stone attempts to solve the complex riddle of the JFK assassination.

The film opens with Eisenhower’s famous Presidential farewell speech on the danger to democracy posed by the rise of America’s Military Industrial Complex.

This sets the tone for the Film’s answer to the mystery of who killed JFK.

In identifying the suspects, Stone focuses on the 1967 Jim Garrison investigation which resulted in the Trial of New Orleans Businessman Clay Shaw for his alleged involvement in the JFK assassination conspiracy.

According to Garisson’s investigation, the complex murder plot involved the government, Mafia and Cuban Exiles.

All 3 participants had their own separate motives for JFK’s removal, and their interests happened to converge with the JFK assassination .

Castro’s Communist Regime had further taken over the Mafia’s Cuban Casinos, and the Mafia allegedly hoped to regain its lost Casinos by removing JFK so that a President in support of the invasion of Cuba could be installed. The Cuban Exiles possibly wanted Castro out in order to restore the Social Class and Economic system that had been in Cuba before Castro’s Communist Revolution with U.S. help.

Stone suggests that the Mafia with the help of Cuban Exiles co-ordinated and provided the gunmen for the JFK assassination, with the government backing and protection of a diversionary cover story falsely branding Lee Harvey Oswald as JFK’s sole assassin.

Astonishingly, Oswald was publicly shot and killed by a lone gunman just after his arrest and before he could be Tried for the JFK assassination, so the Oswald Theory was never tested in Court which was pointed out in the Warren Commission Report.

The FBI’s lone gunman theory is viewed as insufficient based on ballistic Tests which apparently show that thisÂ  theory would require that the bullet that killed JFK to have traveled such an irregular path as to make it impossible for one shooter to have been responsible for the JFK Assassination. 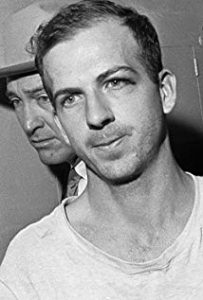 In addition, witnesses observing the famous grassy knoll taken together with bystander video footage at the scene suggests that more than one shooter was responsible.

A riveting interview scene between Garisson and a disillusioned former Security Chief referred to as Mr X marks the climax of the conspiracy as information revealing a plot to make sure JFK’s motorcade was poorly protected on the day he was killed in Dallas is disclosed.

The death of Oswald and the swift dismissal of the conspiracy case against Clay Shaw meant the JFK assassination remained unresolved.

Prompted by Public pressure from Stone’s Film, and in a bid to address the unanswered questions from the Warren Commission report, the official government records were unsealed in 2017.

Nevertheless, both the theory presented in Stone’s FilmÂ  and the official explanation remain contested, and Stone is on record as stating that his JFK assassination Film should not be treated as a factual historical account of the JFK assassination.

However, Stone manages to raise awareness about the Military Industrial Complex, Intelligence Black Operations and the concept of a Shadow Government, providing an important lesson we can use to understand developments in our own time and in the past.