A History Of The House Of Saud

Founded in the Arabian desert by unifying disparate warring desert Tribes under Wahhabist Islamic Theology,  the House Of Saud’s Family’s fortunes were forever altered by a fortuitous turn of events when Oil was discovered in the Kingdom in the 1930s.

The discovery was followed by a Military Protection Pact with the United States that has indelibly shaped global Geo-Politics, and has also seen the House Of Saud become one of the World’s most powerful Dynasties.

Origins Of The House Of Saud

In 1744 the first Saudi State was created and it was made up of modern-day Saudi Arabia, Yemen, Oman, Syria, and Iraq.

The first Saudi State was a Religious Movement led by the Islamic Scholar Muhammad ibn Abdul Wahhab and his descendants who would later found the Wahhabi Sunni Islamic Sect which dominates Saudi Arabia.

Wars for control of the area continued into the 20th Century, but by 1932 Sheikh Saud ibn Muhammad had defeated his rivals and established control over the Arabian Peninsula, declaring himself king of the Kingdom of Saudi Arabia that year.

In 1953 Ibn Saud passed away after concluding a defence pact with the United States in 1945, and today only his direct descendants may succeed him.

Due to its Theocratic rule, the House of Saud has attracted much criticism during its rule of Saudi Arabia.

There have been numerous incidents, from the Wahhabi Ikhwan militia uprising during the reign of Ibn Saud to various coup attempts by the different branches of the Kingdom’s military.

The internal dissent and divisions have also seen Assassinations haunt the family, most notably that of King Faisal in 1975.

Shia Jihad groups have conducted Bombings and attacks on Saudi soil targeted at American businesses, its Consulate and Citizens operating within Saud Arabia, and who are supposed to be under the protection of the Saudi Royal family.

Saudi Arabia has also been strongly criticised for its Censorship, Human Rights abuses and refusal to acknowledge the Equality of Women in the name of Orthodox Islam.

Furthermore, ever since its alliance with President Roosevelt in 1945, Saudi Arabia has been in an unenviable position because it relies on American Military protection whilst it attempts to present itself as a voice of Islam.

Saudi Arabia has also been accused of sponsoring the September 11 attacks, with the credibility of such accusations being bolstered by a leaked WikiLeaks Cable identifying Saudi Arabia as a major sponsor of Jihadist groups.

Although Saudi Arabia has been linked to Islamic Jihad Movements, its willingness to risk its alliance with America and jeopardise its own internal Security and the power of the Monarchy itself remains to be seen.

One can also ask whether its apparent support of Islamic Movements is a form of State Propaganda meant ultimately to counter and control internal Wahabbi dissent without overexposing the State.

The other possibility is that Saudi Arabia supports a strictly a Pro-Wahhabi Jihad, since Wahhabi Sunni Islam lies at the core of the Saudi State dating back to its origins in 1744. 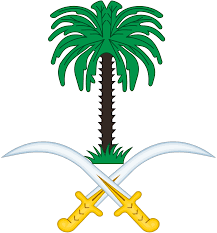 Saudi Arabia may see this internal Wahabbi alliance as the root of its power and a Political buffer that can be relied upon beyond its alliance with the US.

In essence, this amounts to a form of Islamic factionalism which fits into the broader internal Shia vs Sunni conflict narrative which is destroying and corrupting Islam from within.

This Shia vs Sunni conflict has also pitted Saudi Arabia against Iran which is a majority Shia nation.

Their rivalry for influence in the Middle East has played itself out in the War in Yemen which has been viewed as a proxy War between Iran and Saudi Arabia.

The current leadership under Prince Mohammed Bin Salman has been shaky after the Kashoggi scandal.

Attempts to diversify the Saudi economy in order to prepare it for a Post-Oil era have not gone well following the failure of the Saudi-Aramco IPO and the Kashoggi scandal backlash which have impeded Prince Mohammed Bin Salman’s Saudi Arabia Vision 2030 Modernisation Plan.

The story of the House Of Saud is ultimately one of National Unification, unparalleled wealth, a contradictory Foreign Policy marked by internal Domestic Political dissent.

How long the House Of Saud can continue to balance and resolve these opposing forces and contradictions remains to be seen, but its ability to accomplish it up to the present day is a testament to its tenacity.

0 replies on “The House Of Saud”