An apt description of the Rothschild Dynasty, a wealthy family descending from Mayer Amschel Rothschild, who began his career as Banker to German Royalty in Frankfurt during the 1700s.


Through his five Sons he would extend this business into a global Banking Empire in London, Paris, Frankfurt, Vienna, and Naples.

The House of Rothschild Family story is one of relentless ambition coupled with outstanding and resilient Business acumen from its humble beginnings in the Frankfurt Jewish Ghetto.

Today, the Rothschild family is at the helm of the global Financial and Political system, and its days as the ‘underdog’ have long faded into the mists of time.

From Money Changers To Global Bankers

The first member of the family who was known to use the name “Rothschild” was Izaak Elchanan Rothschild, born in 1577, and the family’s rise started during the 1740s with the birth of Mayer Amschel Rothschild in Germany.

His Father was a Money changer who operated in the Jewish ghetto of Frankfurt. From there he developed a financial powerhouse, and with each of his five Sons settling and conducting business in the five main European financial Centres, the family Empire expanded globally. 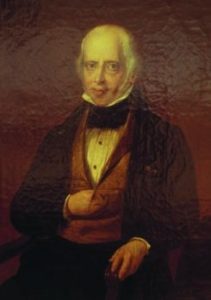 The Rothschild coat of arms contains a clenched fist with five arrows symbolising the five dynasties established by the five sons of Mayer Rothschild.

Like all successful Business Families, the road to Power & Fortune has been paved with its fair share of shady paths and exploits for the Rothschilds.

From sponsoring the Napoleonic Wars, Hitler & the Nazis, Lenin & The Bolsheviks as well as Colonial endeavours like Cecil John Rhodes’ British South Africa Company, the Rothschilds have profited a great deal from the wars and exploitation around the world over the past 200 years as Financiers.

In addition, the family’s role in the creation of the Federal Reserve Bank which has given it influence over the monetary system has been the subject of criticism and countless conspiracy theories.

Politically, the Family’s most notable impact is in the creation of the Jewish State Of Israel.

In 1917 Walter Rothschild, 2nd Baron Rothschild was the addressee of the Balfour Declaration to the Zionist Federation, which committed the British government to the establishment in Palestine of a national home for the Jewish people should America be persuaded to enter World War 1 on the side of the allies.

America’s entrance into the War on the side of the allies is what would eventually pave the way for the creation of the State of Israel and Palestinian displacement at the end of World War 2.

This was accomplished by the splitting of the Ottoman Empire after World War 1 followed by the creation of a British Protectorate over the territory which would eventually be split into Israel and Palestine.

Ultimately, the House of Rothschild Family’s success is not a matter of luck or coincidence.

Its the result of centuries of Family effort against the backdrop of Racial discrimination targeted at them as Jews.

On the other hand, the Rothschild Family has had its fair share of scandals and controversies, some of which can be substantiated whilst others cannot.

The Family’s impact spans the entire globe, and its impact on the modern world cannot be denied.