The Anunnaki Ancient Astronaut Gods were aware of the coming great flood recorded in the Bible.

According to Sitchin’s Ancient Astronaut Hypothesis, the Anunnaki Alien Gods had observed that around 13 000 BC, the next time the Anunnaki Home Planet Nibiru passed near the Earth in the course of its Solar Orbit, a tidal wave would be triggered on Earth.

This melting Polar Ice Cap would result in a major Tidal Wave which would lead to the Great Flood recorded in the Bible.

The Anunnaki Gods decided to let humans drown in the coming Great Flood because they had become too numerous and also because the Chief Anunnaki God Enlil was unhappy about the fact that the Anunnaki Alien Gods were mating with humans and producing children called the Nephilim due to a female shortage amongst the Anunnaki.

The Nephilim were considered an abomination by the Council of Anunnaki Ancient Astronaut Gods and it was decided that they should drown with the other Humans in the coming great flood.

But Enki the Anunnaki Ancient Astronaut Alien God who had created mankind did not agree with the decision of the Anunnaki Council of Gods To Drown Mankind in the Great Flood recorded in the Bible, and so Enki conspired to save Mankind.

Ziusudrah who is the Noah of the Bible was part Anunnaki, being born out of the marriage between the Anunnaki God Enki and a Human female.

Enki provided Ziusudra with a Blueprint for the construction of an Ark on a Tablet.

The Ark would serve both as a vessel for Noah and a storage for Noah’s domesticated animals as well as the DNA of the animals collected around the Earth by Enki and Ninhursag as part of their ongoing Genetics project.

The Anunnaki Ancient Astronaut Gods went into Orbit above the Earth when the flood approached, and in line with the observations made by the Anunnaki Alien Gods, the Polar Ice Caps melted into the Oceans causing a tidal wave, coupled with severe torrential storms lasting 40 days and 40 nights.

The Ark managed to keep Ziusudra / Noah and his precious cargo safe during the Flood with the Ark resting on the peaks Mount Arrata when the flood finally subsided.

Ziusudra or Noah left the Ark after the flood and built an altar, offering a lamb sacrifice in thanks to the Anunnaki God Enki for saving him from the Great Flood recorded in the Bible.

In the meantime, the other Anunnaki Alien Gods decided to return to observe the damage caused by the great flood, and when Enlil noticed the smoke from Noah’s altar, he realised that Enki had broken his oath to the Gods to remain silent about the flood.

Although initially angry, Enlil eventually accepting Enki’s decision after Enki explained that Noah was his Son.
Enlil also realised that Mankind was needed to revatilise the destroyed Sumerian Civilization after the Great Flood. 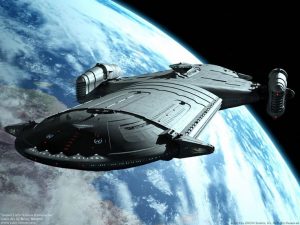 The great flood marked the end of the period known as the ‘Olden Times’, and in order to build Civilization on the Post-Flood Earth more efficiently, the Anunnaki Ancient Astronaut Gods divided into regions/Kingdoms:

In time, a 4th Region in the Indus Valley would be added to the Anunnaki Realms.
The Ancient Astronaut Hypothesis goes on to state that the Anunnaki then built a new Spaceport at the Giza Pyramid Complex with the Mission Control Center Platform built on Mount Moriah which would become the future site of Jerusalem.
Following the Great Deluge, life on Earth resumed and the Anunnaki carried on with their Civilization project in the newly divided Regions, extracting more Gold for their Home Planet Nibiru’s atmosphere which had been further weakened by its recent Orbit close to Earth.