As an African, its a glorious time to be alive when you can genuinely claim that the world’s coolest Popstar is Nigeria’s Burna Boy, a fellow Son of the motherland.

Burna Boy is probably the coolest dude you’ve never met, the vibe from his videos on infectious classic hits such as 2012’s ‘Like To Party’ to ‘Ye’ 2018’s serendipitous global smash, to the cuts from 2019’s ‘African Giant’ is that of an African Lion calmly surveying the world as he gains territory through stealth, passion and persistence.

To fully understand Burna Boy’s impact as a global phenomenon in both music and Pop Culture, just read the comments under his YouTube videos.

Burna Boy has fans from literally every corner of the Planet including South America, the Carribbean, Samoa, North America and of-course Africa all sounding off on how Burna’s music touches them, and positively influences their views about Africa.

“Here in Cali December 2020 we blaze one and got this on repeat. Nigeria we love you.”

“Sorrow, sadness, yet hopeful at the same time. Complexity of human emotion captured in a beat. I don’t need to understand the lyrics. Music is the universal language.”

Burna Boy’s music is impacting people all across the world, and through his music the youth of Africa are having a conversation with the world on their own terms.

Burna Boy’s music also serves as a bridge between Africans on the Continent and those in the diaspora who identify with their African roots through Burna Boy’s music with its seductively modern but distinctly African sound.

This can also be seen as part of the current Afrobeats trend making its impact felt across the globe as Artists like Wizkid craft earthshattering masterpieces such as 2020’s Made In Lagos after years spent in the industry from his earliest days when we all fell in love with the cool ambitious African Kid we saw in the Holla At Your Boy Video.

Its amazing how artists like Burna Boy and Wizkid have lived up to the promise and swag in those early releases. Now they’ve got the world taking notice and viewing Africa differently just by their impact on Culture worldwide.

Burna Boy’s real name is Damini Ebunoluwa Ogulu, and he was born on 2 July 1991 in Port Harcourt Nigeria.

Burna Boy spent his youth in Nigeria where he attended Corona Secondary School before taking Media Technology studies at the University of Sussex which was followed by a Media Communications and Culture Program at Oxford Brookes University in the United Kingdom.

After this Burna Boy had a one year Internship with hometown Radio Station Rhythm 97.3 FM in Port Harcourt, Nigeria.

Like most young Africans getting into music, Burna Boy started his journey as a Bedroom Producer by teaching himself Production on Fruityloops.

He was later signed to Aristokrat Records and released his first album L.I.F.E. in 2012.

Burna Boy has since released  a slew of albums with 2018’s Outside, 2019’s African Giant and 2020’s Standing Tall being major label releases.

Burna Boy has already garnered a significant number of awards and nominations, including a BET Awards Best International Act  win in 2019 with African Giant bagging Album of the Year at the 2019 All Africa Music Awards.

At the 2020 VGMA’s Burna Boy was also blessed with the African Artist of the year award.

In an interview with Highsnobiety.com Burna Boy explains:

“As an African myself, it would have been unimaginable some years ago to see a release of this magnitude being from and about the continent. It makes me wonder, why now? “It’s just the times changing,” he explains. “People are ready for the truth now. People are waking up to who they are and they want something new that their spirit can relate to.” 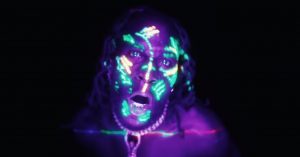 Burna Boy is literally bursting with creativity so its no surprise that he’s got a fashion collection with boohooMAN which reflects his unique Afro-Urban style with global appeal.

Burna Boy is also a frequent collaborator with both African and International Artists with  ‘All Eyes On Me’ off the classic 2014 Levels album with South Africa’s A.K.A. being one of my personal favourites.

As an Artist, Burna Boy aspires to walk in the shoes of fellow Nigerian and world Music Icon Fela Kuti and he has close family ties to the legend. Burna Boy’s grandfather was actually Fela Kuti’s Manager.

The family thread has continued in Burna Boy’s own career with his mother acting as his Manager.

Burna Boy and the other notable Artists that are part of the Afrobeats movement are certainly making sure the world recognises that Africa has always been the missing ingredient.

Peep the Burna Boy Interview on the Daily Show with Trevor Noah as well as the videos and audio for Ye and Like To Party where it all began.

0 replies on “Burna Rankin’: Sound Of An African Giant”