The Book of Enoch is which tells the story of the Fallen Angels called the Nephilim or the Anunnaki is attributed to Enoch, the great-grandfather of Noah.

It is divided into 5 Parts which deal with the evil deeds of the Fallen Angels or Nephilim also known as ‘the Watchers’ with Earthlings. The Parables which explain the Judgment of The Fallen Angel Watchers and the Great deluge as punishment for the evil works of The Fallen Angels, the Book Of Luminaries which contains accurate Astronomical data on the motions of the Sun, Moon and Stars including the calculation of the lunar year of 364 days and why an additional year must be added after 4 years, the Book of Visions on the past and future of Human destiny under the oppressive system of Divine Kings and lastly, a final Apocalypse in which the righteous will be delivered from the wicked by the Son of Man or Messiah in the era after the Flood.

It has been suggested that the Book Of Enoch’s account of the Fallen Angels is about the activities of The Anunnaki Alien Gods told in the Hebrew Bible’s account in Genesis.

At first sight, the Book Of Enoch appears to be a confusing outlandish Text, but perhaps it can be better understood if we interpret it in light of Human History as recorded in the Mesoptamian Texts detailing the activities of the Anunnaki Fallen angels combined with the larger Historical context of the Agricultural Revolution or ‘Civilization’ initiated in Sumer, and its impact on Humans in the Ancient world.

Whether the Kings were really appointed by the Fallen Angels or if the Anunnaki Fallen Angel Gods were simply propanda to shore up the power of the Human Kings is debatable.

In order to legitimise its narrative for the overthrow of the Order of the Anunnaki Fallen Angels and their Kings, The 5 Books Of Enoch set out:

i) The origins of the Anunnaki Fallen Angels World Order of Kings;

iii) The resolution and actions of the Most High against The Watchers or Fallen Angels to address the evil by causing the Great Deluge and providing a means by which the Righteous can be saved from the Great Deluge by The Son Of Man, Messiah or The Elect One before the final last judgment to come in future after the re-establishment of Civilization in the era following the Great Deluge;

iv) The Majesty, power and knoweldge Enoch received from the Most High in the form of accurate Astronomical data;

v) The final Prophecy and visions on the past and future trials and tribulations of Man, and how Mankind will be finally delivered by the Most High through the Messiah or Son Of Man, and final Judgment will be passed on the wicked world order to be replaced by a new era of eternal peace and justice in which the weak and righteous will rejoice and receive the reward for their loyalty to the Most High.

From this perspective, the Book of Enoch can possibly be interpreted as a Radical Revolutionary Anarchist Text promising a new World Order that will be more peaceful and satisying than that of the Anunnaki Fallen Angels.

What follows is a possible interpretation of the Book of Enoch based on selected quotes against the Historical background and Sumerian Texts.

Book Of Enoch 1: The Judgment Against The Fallen Angel Watchers

“And it came to pass when the children of men had multiplied that in those days were born unto them beautiful and comely daughters.

And the angels, the children of the heaven, saw and lusted after them, and said to one another: ‘Come, let us choose us wives from among the children of men and beget us children.’ And Semjâzâ, who was their leader, said unto them: ‘I fear ye will not indeed agree to do this deed, and I alone shall have to pay the penalty of a great sin.’ And they all answered him and said: ‘Let us all swear an oath, and all bind ourselves by mutual imprecations not to abandon this plan but to do this thing.’ Then sware they all together and bound themselves by mutual imprecations upon it. And they were in all two hundred; who descended in the days of Jared on the summit of Mount Hermon, and they called it Mount Hermon, because they had sworn and bound themselves by mutual imprecations upon it. And these are the names of their leaders: Samîazâz, their leader, Arâkîba, Râmêêl, Kôkabîêl, Tâmîêl, Râmîêl, Dânêl, Êzêqêêl, Barâqîjâl, Asâêl, Armârôs, Batârêl, Anânêl, Zaqîêl, Samsâpêêl, Satarêl, Tûrêl, Jômjâêl, Sariêl. These are their chiefs of tens.

And all the others together with them took unto themselves wives, and each chose for himself one, and they began to go in unto them and to defile themselves with them, and they taught them charms and enchantments, and the cutting of roots, and made them acquainted with plants. And they became pregnant, and they bare great giants, whose height was three thousand ells: Who consumed all the acquisitions of men. And when men could no longer sustain them, the giants turned against them and devoured mankind. And they began to sin against birds, and beasts, and reptiles, and fish, and to devour one another’s flesh, and drink the blood. Then the earth laid accusation against the lawless ones.

And Azâzêl taught men to make swords, and knives, and shields, and breastplates, and made known to them the metals of the earth and the art of working them, and bracelets, and ornaments, and the use of antimony, and the beautifying of the eyelids, and all kinds of costly stones, and all colouring tinctures. And there arose much godlessness, and they committed fornication, and they were led astray, and became corrupt in all their ways. Semjâzâ taught enchantments, and root-cuttings, ‘Armârôs the resolving of enchantments, Barâqîjâl (taught) astrology, Kôkabêl the constellations, Êzêqêêl the knowledge of the clouds, Araqiêl the signs of the earth, Shamsiêl the signs of the sun, and Sariêl the course of the moon. And as men perished, they cried, and their cry went up to heaven…”

Its clear from The Book Of Watchers that Enoch attributes Civilization and its corrupting influence to the Fallen Angels who came down from Heaven and bore children with the daughters of Men i.e. The Nephilim.

According to Enoch, the era of the Fallen Nephilim Angels was the beginning of Culture as we know it today from the Magic Arts, Cosmetics, Writing, Kingship and War.

This is against the teachings of the Ancient Sumerian Texts like Babylon’s Enuma Elish and The Epic Of Gilgamesh which portray the Arts of Civilization as benevolent gifts from the Anunnaki who from Heaven came.

It can therefore be concluded that the Book Of Watchers is a condemnation of the Anunnaki Project of Civilization on Earth which Enoch views as a sinister project of wayward Fallen Angel Spiritual entities unsanctioned by the Most High.

Book Of Enoch 2: The Parables Of Enoch

“And he (i.e. the angel) came to me and greeted me with His voice, and said unto me ‘ This is the Son of Man who born unto righteousness, And righteousness abides over him, And the righteousness of the Head of Days forsakes him not.’

And he said unto me:

And all shall walk in his ways since righteousness never forsaketh him:

With him will be their dwelling-places, and with him their heritage, And they shall not be separated from him for ever and ever and ever.

And so there shall be length of days with that Son of Man, And the righteous shall have peace and an upright way In the name of the Lord of Spirits for ever and ever.”

In the 2nd Book, Enoch explains the destruction of the Earth in the Great Deluge as a Judgment against the Order of The Fallen Angel Anunnaki Watchers and Kings.

The weak and righteous are saved by The Son of Man to live in a special place in Heaven in the presence of The Most High and The Son Of Man whilst the wicked Fallen Angels and their Kings are banished to an eternal place of torment. 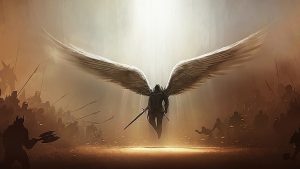 The Secrets Of The Universe & The Power Of The Most High

Book Of Enoch 3: The Book Of Luminaries 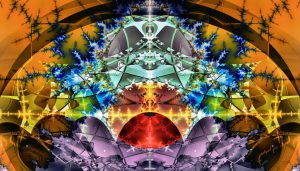 In the Book of Luminaries, the Angel Uriel reveals the Science of Celestial Motions to Enoch in order to demonstrate the power and knowledge of the Most High.

To Enoch, this is a sign that his message is truly inspired by the Most High otherwise who else could make and show him these awesome secrets beyond ordinary Human comprehension.

Visions Of The Past & Future Destiny Of Mankind

Book Of Enoch 4: Book Of Visions 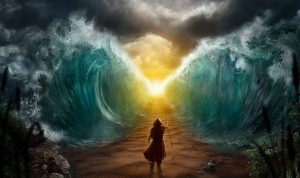 In Book 4, Enoch outlines the History and Future of Mankind from the Great Deluge, the re-establishment of Civilization and the corruption that will follow once again necessitating the need for a final deliverance by The Son Of Man.

Interesting to note is how the Prophecy mirrors the Exodus story of the deliverance of the Israelites from Egypt including the Read Sea incident.

In Enoch however, this deliverance is not reserved for a specific Tribe or Nation called Israel but its for all Mankind suffering under the yoke of the Anunaki Fallen Angels World Order of Kings.

Book Of Enoch 5: The Final Apocalypse 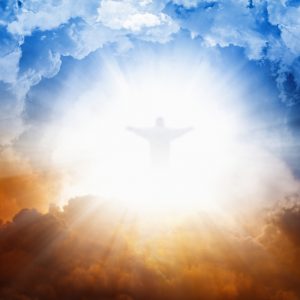 The Messiah or Son Of Man appears once again during the Post-flood corrupt Civilization to execute a final Judgment on the Wicked and deliver the Righteous who will reside in eternal bliss in the presence of The Son Of Man and The Most High.

Agriculture introduced an oppressive system of Population Management and Control for the extraction of Agricultural surplus in the form of Taxes by the Ruling Elites or Kings leading to undesirable Social conditions and the rise of inequality amongst people in the Ancient world.

This may ultimately explain why The Book Of Enoch was written and addressed to the weak and vulnerable lower classes in this Social Order who felt no respite against the relentless and cruel power of the Anunnaki appointed Kings.

It has also been proposed that the visions of Enoch were in-fact the result of repeated Alien abductions which could explain the fantastical nature of the visions delivered by means of a Hologram using symbolism a Human being could understand.

In that case, the Book Of Enoch may possibly be a message to Mankind from a Higher Order Entity than the Nephilim Fallen Angels.

The ideas in Enoch have infiltrated the Torah and Biblical literature with echoes of Enoch being found in the Old and New Testament right up to the Book Of Revelation.

The feautured Home Page documentary is an excellent video presentation on the complete Book Of Enoch courtesy of the Ancient Astronaut Archive.

0 replies on “The Anunnaki In The Book Of Enoch”