The Black Wall Street story is one of the most tragic episodes in the history of Jim Crow America.

Black Wall Street is the story of the wanton destruction of an independent Black community made up of former Slaves that had strived successfully against the odds to be a bastion of Black progress and ambition despite the limitations placed by Racist Jim Crow Laws.

Black Wall Street was located in the suburb of Tulsa Oklahoma as former Slaves migrated from the Deep South following the abolition of Slavery.

The institution of segregationist Jim Crow Laws limited the opportunities available to former Slaves however, and the trek to Oklahoma on foot, by wagon, horse and train was in search of Abolition’s promise of Liberty, Equality and Opportunity .

By 1921, a thriving and prosperous Black community in the Greenwood area initially called ‘Little Africa’ and subsequently named ‘Black Wall Street’ was established. 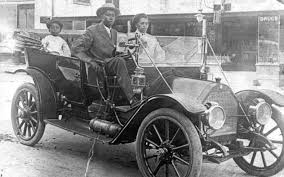 In its heyday, Black Wall Street was comprised of buildings, houses and business owned by Black Americans from grocery stores, banks to libraries, becoming a symbol of black wealth, pride, and unity.

Black Wall Street was an enclave of Black excellence in a sea of segregationist Jim Crow America, and its prosperity coincided with the rise of the Ku Klax Klan, a symbol of the escalating Racial tensions of the time.

On June 1st, 1921 a Race Riot erupted that saw a Lynch Mob of the White Residents of Tulsa Oklahoma under the influence of the Ku Klax Klan enter Greenwood, destroying and laying waste to the infrastructure of Black Wall Street..The riot was sparked by a story that had been going around the Town accusing a 19 Year Old Shoe Shiner, Dick Rowland of grabbing a White girl while the two were alone in an Elevator.

Entering Greenwood on the pretext of searching for Rowland, the Lynch Mob ended up destroying the bastion of Black success that had sprung up around it.

The Black Wall Street story remains one of the most inspirational and devastating parts of Jim Crow history, and Greenwood continues to be a model of what can be achieved when an oppressed community works together to create an alternative Universe in which they can prosper against all odds.