In Part 2, we continue to explore the mystery of what really happened between Biggie and Tupac which leads us to an interesting clue from the song Start From Scratch on The Game’s debut Album, The Documentary which according to the Murder Rap Taskforce reveals that the streets already knew that Tupac’s Killer was Orlando Anderson.

“I would have told Pac not to stomp out Orlando”

(The Game: Start From Scratch)

Game’s lines spell out what the streets always knew about what really happened between Biggie and Tupac on the identity of ‘Pac’s shooter.

The Murder Rap Taskforce Investigation also confirms that Tupac was shot by Southside Crip Orlando ‘Baby Lane’ Anderson after a beatdown handed to Anderson at the MGM Grand by the Deathrow which was captured on video.

Tupac’s shooting was caused by the vicious Death Row attack on Orlando Anderson because of an earlier incident at the Lakewood Mall in LA, when Anderson snatched a Death Row Records Chain from Travon Lane, one of Suge Knight’s Death Row Blood Gang affiliates.

The incident was captured on CCTV which led to Prison time for Suge Knight, and within a few hours of the beating, Tupac was shot and killed on the Las Vegas strip marking the ominous end to the first chapter in the saga of what would happen between Biggie And Tupac. 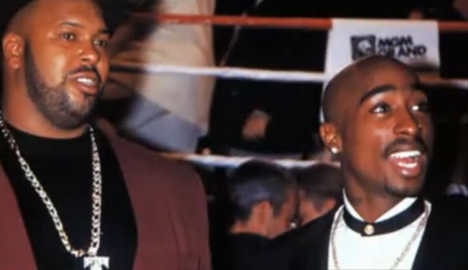 The Murder Rap Taskforce was able to secure a taped confession from Keffe D, a High Ranking member of Orlando Anderson’s Southside Crip set who was present in the car that fired the fatal shots that killed Tupac.

In the recorded confession, he confirms that Orlando Anderson did in-fact shoot Tupac as he takes us into the events of that night from the MGM Grand fight right through to the shooting.

In addition, the interview of former Suge Knight Associate Mob James who was also in the convoy of vehicles behind Suge and Tupac’s BMW is an eyewitness account that confirms Keefe D was indeed in the vehicle that fired the shots which killed Tupac.

So the outcome of the Murder Rap Taskforce investigation confirms that Tupac was killed by Orlando Anderson and convincingly closes the first chapter in explaining what happened between Tupac and Biggie by identifying Tupac’s shooter.

Join us for Part 3 as we look at the startling revelations of the Murder Rap Taskforce’s investigation into Biggie’s murder as the final chapter in the mystery of what really happened between Biggie and Tupac.