Biggie And Tupac Feud: Who Shot Ya? (Part 3)

Following from our discussion of the Tupac Murder in Part 2, we continue with the Biggie And Tupac Feud by looking at Murder Rap Police Taskforce revelations on Biggie’s murder. 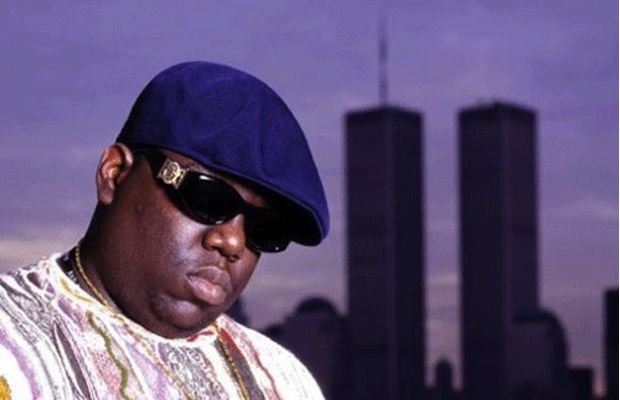 As stated in Part 1, the Murder Rap Taskforce was set up intially due to a wrongful death Lawsuit for US$400 Million filed by Biggie’s Estate against the Los Angeles Police Department and has looked at the Biggie And Tupac Feud in depth.

The suit blamed corrupt Los Angeles Police Officers who were working as part-time security guards for Deathrow Records and hired by Suge Knight as being responsible for the Biggie shooting as a revenge killing for the Tupac murder in Vegas the previous year.

It was his conclusion as detailed in the Book ‘Labyrinth’ and the Nick Broomfield Documentary ‘Biggie & Tupac’ which you can view on our YouTube Channel’s History, Politics & Culture’ Playlist that the Biggie Estate relied on in the wrongful death Lawsuit against the LAPD.

Once again, the Keefe D confession from Part 2 provides more insight into theÂ Biggie And Tupac Feud. It was made by the high ranking Southside Crip and Uncle of Tupac assassin Orlando Anderson sheds light on the Biggie murder.

In short, Biggie was killed by Suge Knight hired Deathrow Assassin ‘Poochie’ as a revenge killing for the Tupac Murder in Vegas…As part of the confession, Keefe D provides the Badboy Records or more correctly Puffy link to the Tupac and Biggie murders.

Apparently as far back as 1995 after the murder of Suge’s friend by Puffy’s Bodyguard,Â  and also following the heat brought on by Tupac’s accusations regarding the Quad Studio shooting as part of the Deathrow Camp on his release from Jail, Puffy had put out a hit of US$1 Million on Suge and Deathrow which Crip Gangsters in LA were willing to claim as they were already well established enemies of Suge Knight’s MOB PIRU ‘Blood’ Set.

On the night of the Tupac murder, Keefe alleges that Puffy was in Vegas that night and the weapon that was used to shoot Tupac was provided by Puffy’s New York Drug Dealer associate ‘Zip’ who was attending the Las Vegas Tyson fight as part of Puffy’s entourage that night.

After being beat down by the Deathrow camp,Â  Orlando Anderson approached Keefe D and friends who were having dinner with Puffy and Zip in a restaurant at the MGM. The retaliation was a foregone conclusion but unfortunately Keefe and crew who had just come to Vegas for the fight had not brought any weapons with them…Thats when Zip offered the use of his gun/s and the offer was duly accepted in Puffy’s presence with the understanding that the retaliation would also serve as the hit Puffy wanted executed and for which he would pay.

After the shooting, Puffy apparently gave Zip US$500 000.00 as payment for the hit which never made its way to Keefe D and the Crips in LA. 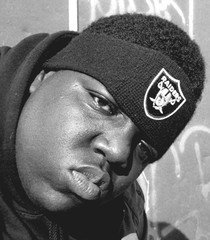 According to Keefe, Suge Knight had seen and recognised him sitting in the passenger seat of the Cadillac that fired the fatal shots at ‘Pac, and within 24 Hours of the shooting,Â  gang war erupted on the streets of LA with at least 7 Crip and Blood fatalities.

This wasnt enough however as Puffy’s hand in the ‘Pac shooting meant that Suge had been robbed of his most prolific artist. Through a conspiracy executed by Suge, his ex-Girlfriend and ‘Poochie’, Biggie was murdered by Poochie as he left the Soultrain awards so Puffy could also suffer a similar business and personal loss as Suge Knight had suffered with the loss of Tupac.

As a result of these revelations, the Poole theory was discredited, the wrongful death Lawsuit resting on it was withdrawn, and further investigation into the murders was dropped since its main purpose had been achieved…To exonerate the LAPD in Biggie’s murder.


Despite its Political expedience, the Murder Rap Taskforce Investigation in providing us with The Keefe D confession connects the dots and helps explain how the Tupac and Biggie murders were connected on multiple intersecting levels.

It accounts for the motives and interests of all the interested Parties in a manner that provides a logical framework for the murders, taking into account both the personal and business rivalries that collided to produce an explosive cocktail whose aftershock continues to affect culture.

As with all things thus far on the Tupac and Biggie murders, the Taskforce results only represent the most recent official information to come out, and it may very well be that more may be revealed in future which may either strengthen or weaken the findings of the Murder Rap Taskforce investigation.

In tribute to Big, we play out with his last Radio Interview with Sway in LA a few days before he was gunned down, his classic ’94 Freestyle with Tupac before they became mortal rivals and the classic video ‘Juicy’ from his debut album ‘Ready To Die’.

Enjoy the trip down memory lane, and joins us for the finale in Part 4 as we tie the loose ends by unmasking the true identity and motives of Tupac’s 1994 New York shooters including the Jimmy Henchmen connection referred to by Tupac on the Makaveli album.