Following the Great Deluge (Noah’s Flood), the Anunnaki divided the Earth into 4 Regions one of which was the Indus Valley.

In this entry we explore the Anunnaki connection to Ancient India, in particular the Vimana flying machine Epics.

A Realm For Inanna

According to the Sumerian Record as interpreted by Zechariah Sitchin in the Earth Chronicles the Indus Valley Region was awarded to Inanna, Enlil’s daughter after she had persisted in clamouring for a Kingdom of her own.

Ancient Indo-Aryan Civilization and the Vedic literature from Ancient India is considered one of the most Ancient in the world and it is held in high regard in the Hindu Religion.

Its in these Ancient Indian Texts that references to awesome flying machines or Vimana and devastating weapons of the Gods can be found.

In light of the elaborate descriptions of the advanced Technology and warfare depicted in the Ancient Sanskrit Texts of Ancient India, the argument has been made that these are in-fact references that can be linked to Anunnaki activity in the area and the division of the Earth into realms by the Anunnaki according to the Sumerian record.

The Ramayana and Mahabarata Epics

The Ramayana and Mahabarata are amongst the most important epic Hindu Poems.

In the Ramayana, a War between the Ancient Indian King Rama and the King of Ceylon is chronicled, whilst the Mahabarata serves as a record of the History of Hinduism and its moral Laws.

The epics describe details of Wars between the Gods from fierce Nuclear type Weapons or ‘Iron Missiles’, to advanced aerial machines which are referred to as Vimana.

According to Historians like Kisari Mohan Ganguli, the Hindu Epics contain descriptions that can only be compared to the Hiroshima and Nagasaki Atomic explosions which caused massive casualties and symptoms of radiation poisoning such as hair and nails falling out, all of which are described in detail in the Indian epics. 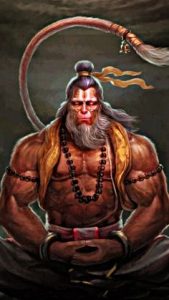 In addition, excavations at the Ancient Cities of Harappa and Mohenjo-Daro uncovered a large amount of unburied Skeletons in poses that suggested a horrific and sudden death…The destruction of the Rama empire by Nuclear War is also evidenced by a considerable strata of radioactive ash found in the area around Rajasthan which may be trace evidence of Nuclear events in the past.

The presence of advanced Technology in the form of Nuclear Weapons and flying machines or Vimanas dating back thousands of years would not be surprising if the possibility that the Indus Valley Region formed part of the Anunnaki realms under Inanna as recorded in the Sumerian Texts is considered.

In addition, the Wars depicted in the Hindu epics are reminiscent of the ongoing Anunnaki factional Wars between Enki and Enlil that began with the 1st and 2nd Pyramid Wars.

The Sumerian Records expressly link the 2nd Pyramid War with Inanna’s attempts to develop the Indus Valley Kingdom under her control by stealing the information or Templates she needed to do so called ‘MEs’ from Enki after a night of debauched drunken sex.

The MEs were tablets encoded with the information required to build and maintain a Civilization such as guidelines and plans for Temple Construction.

Supported by Enlil, it was Inanna’s refusal to return the stolen MEs to Enki that sparked the 2nd Pyramid War.

Thus the Wars of the Gods recorded in the Ancient Indian Texts may be a reference to the 2nd Pyramid War.

The Anunnaki connection also becomes more apparent when one considers that the Hindu Pantheon of Gods was possibly made up of the Sumerian Pantheon under different names…For instance, the Hindu Goddess Kali may actually be Inanna and Shiva can be paralleled with Enlil.

Whilst one cannot conclude with absolute certainty that the Hindu Epics are actually about the Anunnaki, the chronology, technology and relationship to the Sumerian accounts of Anunnaki activity in the Indus Valley following the Great Deluge makes the possibility worthy of consideration and further examination.

There are also suggested further links to Anunnaki activity at Krishna’s Lost City of Dwarka.

The Anunnaki Ancient Astronuat Theory continues to provoke interest and debate on the question of our origins and whether the Historical Timeline of Civilization provided by the current historical paradigm is correct.

Zechariah Sitchin contributed to and perhaps sparked this debate, and his research is detailed in the best-selling Earth Chronicles series which I found interesting and thought provoking.