The question of the Alien Agenda is important if we want to determine whether Aliens are force for good or evil in the Universe.

People will largely fall into two camps when it comes to the Alien Agenda:

a) Those that believe Aliens have a positive agenda and are there to help Mankind, and;

b) Others that believe that Aliens have an ulterior agenda and want to control Humanity.

Zechariah Sitchin’s Ancient Astronaut Hypothesis suggest that Society as we know was Engineered from the outset by a group of Alien Beings from the Planet Nibiru known as the Anunnaki.

This was accomplished when the Anunnaki introduced the First known Civilization in Sumeria as the first step taken to advance the Alien Agenda to control Humans.

The Civilization or Technocracy introduced by the Ancient Astronaut Gods of Mesopotamia resulted in many firsts like the Plough, Wheel, Agriculture, Governance through Laws enforced by a selected Priesthood and ‘Divine Kingship’, and Astronomy linked to the concepts of ‘Time’, ‘Religion’ and a Prototype Monetary system in which Human Economic activity such as the payment of ‘Wages’ and ‘Debt’ is scaled according to ‘Time’.

Civilization and The Alien Agenda To Control Humans

The concept of ‘Civilization’ from its earliest form appears to have been developed as a system for Aliens to control humans and it was designed by the Alien Gods of Sumer as the first step in the Alien Agenda to control the Human populations in the first Sumerian City States.

The system devised to implement the Alien Agenda to control Humans was based on the fictitious concept of Time which was measured according to the Earth’s Solar orbit divided into 365 days and 12 Months or Lunar Cycles.

From this perspective, the Ancient Astronaut Theory reveals that the invention of Time and the Calendar as an aspect of Culture was a signficant part of the Alien Agenda to control humans since Civilization began in Ancient Sumer. 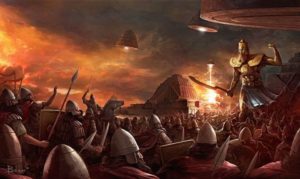 Ancient Mythology And The Alien Agenda To Control Humans

The original Sumerian Story of events in the Garden of Eden according to the Ancient Astronaut Theory suggests that the Anunnaki Alien Gods did not want mankind to possess the same longevity or ‘immortality’ as the Anunnaki themselves.

Thus it is Humans ate of the Tree of Knowledge but not of Life.

Its not surprising that the Human Slaves also wanted the Immortality of The God so the first recorded Epic in History is Mesopotamia’s Epic Of Gilgamesh, King of Uruk in which Gilgamesh fails in his quest for the Immortality of the Gods and he eventually accepts his fate as a mortal.

This appears to be a coded message from the Anunnaki Gods to control the Humans in the First Sumerian City Stated by telling them to be content with the Gift of Knowledge from their Alien Anunnaki Gods and cease trying to be Immortal like the Anunnaki.

Therefore what we appear to have in Ancient Sumer is Epics as Propaganda designed by the Alien Ancient Astronauts to control the Humans in the First Sumerian City States.

Predictably, the Alien Agenda to control Humans appears in Cinema with movies advocating the different positions on whether Aliens are good or not being released.

Recently, as far as the ‘Pro-Alien’ camp is concerned, the Film ‘Arrival’ deals with the Alien Agenda and makes the case for Aliens as a force for good, if only we choose to understand them on their own terms.

In Ridley Scott’s ‘Alien’ Franchise, however, the unsettling high strangeness and threat that Alien encounters pose is laid starkly bare. For exampe in ‘Prometheus’, mankind’s romanticized quest to ‘return’ to the Stars to meet our Alien ‘makers’ who Genetically Engineered us proves fraught with danger and ends in death and disaster for the majority of the expedition.

In Ridley Scott’s Alien Film, the Alien Agenda to control Humans since Ancient times is referenced by portraying Humans as the result of an experiment by an uninterested Extraterrestrial Race. 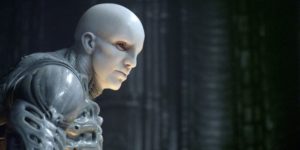 The Public’s perception and attitude towards the Alien phenomenon has also been carefully managed and continues to be influenced by the subtext and messages in Politics and Culture since Ancient times.

There seems to be an underlying assumption or concerted propaganda campaign to groom the public so its comfortable with the Alien Agenda to control humans.

Ultimately, the Alien Agenda to control Humans is important because it may have implications for the future of humans as a species.

The Alien Agenda To Control Humans

0 replies on “How The Anunnaki Controlled Society In Mesopotamia”