In this African Futurism entry we pay tribute to African Icon Angelique Kidjo who has represented Africa on the world stage with authenticity and a transcendent musical vision that has captivated the world since the 1990s.

Angeliue Kidjo is a daughter of the Fon People of Benin.

She had a love for music from early age, joining her mother’s theatre group by the time she was six, and also singing in her School Band.

As a Teenager Angelique Kidjo found success on national Radio in Benin with her first album which enabled her to tour all over West Africa.

However, after the Military takeover of Benin, political conflicts led her to relocate to Paris in 1983, and the rest as they say is history.

Despite her enormous success, Angelique Kidjo has never forgotten her African roots, and so in addition to being a successful Artist, Angelique Kidjo is an advocate for peace, African women’s empowerment and a variety of Humanitarian causes including African Futurism.

Angelique’s inner Afronaut is probably most evident in the video for her 90s massive signature hit ‘Agolo’.


I must confess I still dont know what the song means, but I’ve always loved it from the first time I heard it as a child.

Angelique Kidjo has also shown mad love to the new crop of Afrobeats Artists like Burna Boy who are taking over the mainstream world music scene by storm. 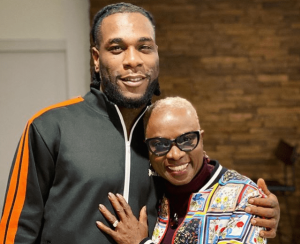 In our featured video, Angelique Kidjo gets serious in an interview with Al Jazeera, as she talks Racism, Imperialism, Slavery and Music, emphasizing that Africa is more than just hunger and diseases.

We also included her latest collaboration with Female Afrobeats Powerhouse Yemi Alade with the track Dignity.

Angelique continues to pursue and grow both in her music and Humanitarian endeavours, and you can visit her website here.