What is The Ancestral Calling?

Ancestral calling Ubizo according to Southern Africa  Nguni people is an awakening to one’s purpose called on by our Pre-Colonial African Ancestors.

It is usually to be a healer Sangoma, though healing is just one of many reasons for this calling.

Amadlozi or Vadzimu are ancestors of the Nguni people. Ancestors are summoned for help. They’re considered  to be custodians of our lives. According to gogo Nokulinda Mhize a young sangoma, they’re various types of ancestors and spirits that exist within the bloodline of Southern African people.

What is mental health?

WHO defines mental health as a state of well-being in which every person realises his or her own potential, can cope with the normal stresses of life, can work productively and fruitfully and is able to give to his or her community.

Mental well-being is just as important and critical as physical well-being. Most of us struggle with some aspect of mental health at some point in our lives ranging from mild to severe. Whilst some people are relatively able to ‘cope’  with the vicissitudes of life, others need help when struggling with mental health related illnesses like anxiety and or depression. Is it an an ancestral calling or mental illness?

It can be difficult to tell whether you are struggling with a mental illness or needs to heed an ancestral calling. Often patients seeks the service of a mental health professional in times of high distress. To get to a prognosis  a series of complex medical tests and assessments will need to be carried out on the patient. Psychologists and Psychiatrists can often get a prognosis for a number of reasons.

One of the main reason aplicable to the unique context of South Africa or Africa are the nuances of traditonal culture and sensitivity. The Diagnostic and Statistical Manual of Mental Disorders (DSM-5), which is  ‘Bible’ on mental health illnesses used by most professional in the mental health field is Western.

The American-Eurocentric hegemonic approach to healing exerts violence in the occupation of the mind and state of being. Eurocentric colonial power typically regard habits of mind and ways of being in previously colonised societies as vestiges of primitive tradition.

Schizophrenia for an example which presents itself according to DSM-5 with symptoms such as hearing voices, hallucinations, aggression, abnormal behaviour among others can be similar to presenting symptoms in an individual who may need to heed an ancestral calling.

When a patient describes hearing voices—or even the feeling of being anxious and depressed—can a clinician ever really “know” what that is like?

The field of mental health is founded on a violent, racist, sexist historical past. Whilst milestones have been taken in addressing unethical practices and moving the field forward,  there is still alot that remains largely unknown. It is folly for mental health professionals to not acknowledge the limits of psychology and/ or psychiatry as well as it’s limits in private practice.

Having mentioned the above, it can then become a tedious, experimental and painful process for you to find out if your suffering is rooted in a mental health illness or an ancestral calling. An example is the case of gogo Dineo Ndlanzi’s calling. According to her it took a lot of trial and error to eventually find out what was ‘wrong’ with her.

Fortunately as more people learn that healing has not always been linear, separate or western,  there’s more collaboration among traditional healers and psychologists and or/ psychiatrists in working together towards a common goal, optimum healing and support unique to each patient.

What are the signs and symptoms of an ancestral calling?

Signs and symptoms of Ubizo vary from person to person depending on calling. Some of the symptoms recorded or testified by persons who have lived experiences of an ancestral calling include but are not limited to the following below;

It is also believed that if you have the calling, ancestral spirits may cause obstacles in your everyday life as well as various family problems. Examples include never being able to hold down a job for too long, frequent car accidents among other serious and uncomofortable life disruptions.

Dreams: What are dreams and what do they mean? Gogo Moyo speaks

An in-depth interview conducted in Mpumalanga(2010)  with Zulu traditional healers, about 60% said that psychosis is not necessarily a mental disorder.

An example is hearing voices which some traditional healers linked to instructions to accept the calling as a healer. They also said mental psychosis can also be attached to the healing process when you’re going through Ukuthwasa( the initiation).

However there also was an acknowledgment that mental illness due to a genetic component not ancestral calling existed.

The reverse is also true.  You can suffer from  a mental illness exclusively without it being attached to an ancestral calling. Proper and in-depth consultation, diagnosis, assessment  are necessary through qualified,  trained and experienced people. Those with lived-experiences often have an added advantage.

Depending on where on the spectrum of this complex phenomenon you find yourself, incorrect, poor validation and or invalidation can potentially cause added grevious damage to an already difficult and challenging situation. 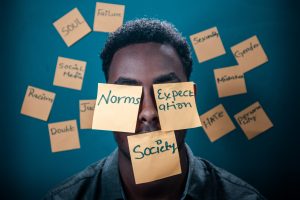 What help is available for mental health illnesses and/or ancestral calling?

Mental health has been a long neglected issue that affects us daily. It is encouraging that though we still have a long journey ahead conversations around mental health issues are becoming more mainstream in culture, helping in de-stigmatizing it and empowering societies through knowledge.

It is important if you suspect you have an ancestral calling or know of a close family member who may have the calling to start enquiring.Ask tough questions to those who can help. This is usually a very vulnerable period in your life so trust is key as sadly they’re those people who exploit vulnerability for personal, capitalist gains.

Ancestral calling and mental health illnesses are generally expensive in terms of cost. Mental health proffesionals often charge high rates for consultations and treatment therapies. Heeding an ancestral calling Ukuthwasa is a privilege. Not many needing to go through the initiation processes can afford.

A young man Nape Phasha named a child of the ancestors, observed and experienced the suffering of his mother a traditonal healer and those who came to her for healing as a child growing up. Seeing a gap in the market on african education and spirituality he founded a clothing brand Dlozi Ngwana Badimo were from the proceedes of his sales a portion goes to a bursary programme to those needing to go through the ancestral calling initiation processes but can not afford.

Online they’re  emerging young Sangoma’s like Gogo Nokulinda Mhize who is disrupting the traditional understanding of a Sangoma, challenging status quo through online healing. She consults via Skype among other online channels if physical consultation is impossible or difficult.

Other Sangomas  raising attention online and offline are Gogo Moyo who has a  YouTube channel as well Gogo Dineo Ndlanzi who is the   founder of  Institute of Spiritual healing .

Mental health support  is available for those struggling with any mental health illnesses like depression, anxiety, suicidal ideations, sexuality, addictions, alcohol and drug disorders et cetera.  Finding a suitable mental health professional can be done  easily via online platforms like Psychology Today SA, Headroom, Therapy Route among many others

In South Africa, organisations like Lifeline, Childline, TEARS Foundation, SADAG ,FAMSA  to mention but a few offer free online, telephonic and face to face counselling services. Where there is a cost it is usually a very small fee.

If you’re still unsure you can also reach out and connect with  Abantulives, they will provide you with support as well as any useful information you may need depending on personal circumstances.

Healing is not  always  logical and linear.  They are different and various  ways to healing that have existed throughout history for centuries.  Human beings are complex creatures, applying a one size fit approach does not  work as history proves.

We do not advocate for any one particular modality to healing or prefer one to another. We encourage good health and well being for all. Simply listening, observing and hearing beyond the obvious can often lead to great insights that better support communities. It is important for societies to see every human being within each of our unique complexities and when it come mental health and ancentral calling to treat all persons with respect and dignity.