African Before The Slave Trade And Colonization

Africa during antiquity before the Slave Trade and Colonization was characterised by Iron Age Kingdoms forming centralised States as well as groups of Nomads that had not formed Centralised  bureaucracies.

The Iron Age coupled with the development of Agriculture ushered in a different system of Social, Political and Economic relations from that which had dominated Stone Age Africa.

These developments created a variety of settled Kingdoms and Nomadic peoples across the expanse of the entire African Continent before the arrival of Slavery and Colonization in Africa.

Desertification Of The Sahara

Significant populations of Homo Sapiens arose in the East African Rift Valley Region, and for about 3000 years, and green Sahara region was the home of Nomadic Stone Age Hunter Gatherer Black peoples who lived off the land in the once fertile region.

Rock Art found in this region bears testament to a once fertile Sahara roamed by Nomadic Stone Age Africans before the Slave Trade and Colonization.

The desertification of the Sahara forced the African nomads settled in the Region to migrate to other Regions in the Continent, resulting in a variety of Kingdoms and Nomadic peoples that subsequently spread throughout North, West, East and Southern Africa in the period before the Slave Trade and Colonization in Africa.

The African Kingdoms and Nomads Of North, West, East and Southern Africa

Following the Desertification of the Sahara, migration into North Africa would reach its apex with the development of the Nile Valley Ethiopian Civilizations before the Slave Trade and Colonisation were introduced to Africa.

The Egyptian-Nubian and Ethiopian Civilizations are amongst the oldest known to us, and Egypt’s influence on modern Civilization, particularly on the Greeks is well documented and accepted by the Greeks themselves.

West Africa was the home of some of Africa’s greatest Empires: The Kingdoms and States Of Asante, Mali, Songhai, Benin, Hausa and Borno were founded in this region.

To date, Mali’s Mansa Musa is still regarded as the richest man to have ever lived, and the Sculptures of Benin are also considered amongst the world’s greatest artistic treasures. 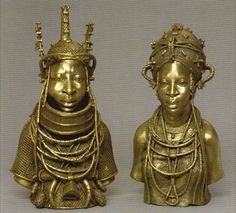 The prominence of this region in Trade is also evident in the fact that it would become one of the main areas of European interest with the rise of the Transatlantic Slave Trade and the Colonization of Africa that followed.

In East Africa, the coastal region’s City of Kilwa in modern day Tanzania thrived on international Sea Trade along the Indian Ocean by linking the African interior with Arabia and the East.

The economy was so advanced that Kilwa even minted its own Coins but the arrival of Arab Slave Traders and the Portuguese would in time spell the end of this jewel of East Africa.

Southern Africa also contributed to the splendour of Africa in this period with notable Kingdoms such as Mapungubwe, Great Zimbabwe’s Monomotapa and Shaka’s Zulu Empire bearing witness to Africa’s rise and significance in international trade and military strength before the arrival of Slavery and Colonialism.

The Nomads Of Africa

Nomadic Tribes such as the Dinka and San continued to exist alongside the more settled Iron Age Kingdoms of Africa.

In addition, peoples such as the Masai who adopted animal Husbandry in favour of crop farming continued to live a semi-nomadic existence.

These communities were somewhat isolated from the turbulence of the Iron Age Post-Agriculture African Kingdoms, and their way of life has remained largely intact since the late Stone Age being largely unaffected by Slavery and Colonialism in Africa.

Settlements in North, West, East and Southern Africa led to the rise of strong African Political entities that established trading links with the rest of the world.

Simultaneously, pockets of African communities remained isolated from these positive Iron Age developments which in the end would lead first Slavery and then the Colonization of Africa.