Whilst its Cultural aesthetic may at first seem bizzare, its origins in the Enlightenment period may suggest that much like the other new ideas on life’s ultimate questions by the famous Philosophers of the era like Voltaire, this same period also encouraged novel ideas in the realm of Sexuality.

Although unfinished, it is part of the Enlightenment Era Erotica which challenged Social and Political conventions, playing a significant Propaganda role in discrediting the French Monarchy leading up to the French Revolution.

This genre of Erotica has its own unique place in the History Of Pornography.

120 Days of Sodom is set in the remote medieval castle, Château de Silling, at the end of King Louis XIV’s reign when 4 rich male Libertines, namely, the Bishop, Durcet, Blangis and Curval decide to seclude themselves for 4 weeks between November-March so they can experience the ultimate sexual pleasures.

They are accompanied by a troupe of thirty six teenage males and females.

Furthermore, they hire 4 female Brothel owners for the sole purpose of hearing the most depraved details of their sexual experiences.

The profane stories told by the Brothel owners fuel the sexual abuse and torture of the teenagers which rises in depravity with each tale, ending in their deaths.

Each month delivers  stories of escalating intensity which are divided into 4 categories – easy, complicated, criminal, and murderous.

In December, the 4 wealthy men explore the complex passions.

Things get even more depraved with flagellation, rape of the female teenagers and blasphemous acts like having sex with Nuns during Mass.

Things escalate even further in January with the criminal passions as infant girls are sodomised and mutilated.

In the last month of March, the author summarises the events and characters from Week 1 explaining who was killed and who survived.

Although Marquis de Sade was an elected delegate to the National Convention during the French Revolution, it should be remembered that for 32 years he had been in Insane Asylums and Prisons throughout France.

After his death, the 120 Days Of Sodom Manuscript was kept in the Family until 1982 when it was sold in Switzerland by a Trustee without the approval of the Family.

Since then, the Family has fought for the return of the Manuscript in the European Courts until December 2017 when the French Government officially acknowledged it as a National Treasure just before it could be sold in a pending auction.

As a National Treasure, French law requires that it stay in France for at least 30 months before the Auction, thereby giving the French State time to prevent its sale by buying it. 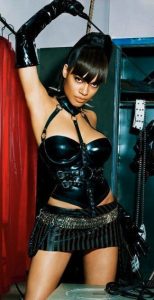 From perverse Pornography to National Treasure, de Sade’s 120 Days Of Sodom is a unique radical work on Sexuality that can be better understood within the Revolutionary context of Enlightenment era Europe in which it was produced.

Nevertheless, certain aspects of 120 Days Of Sodom still remain unsettling, and we are left to wonder whether it was just a grotesque exploration of Human duality bordering on Science Fiction, or the depraved thoughts of an insane man.

Perhaps the truth is somewhere in-between, and there’s a little Marquis de Sade in all of us.