Much of the debate on the Ancient Astronaut Theory seems to centre on artifacts.

Both advocates and debunkers of the Theory rely on the Archaeological remnants of the Sumerian Civilization such as Cuneiform Tablets and Architectural remains in support of their respective positions without considering the contribution that can be made by analysing the Sumerian Epics as instruments of Mass Social Control in Mesopotamia. 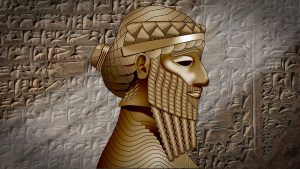 Whilst there can be no doubt about the importance of Archaeological artifacts, in understanding the true nature of the Sumerian Civilization, in my view, the overrall picture that emerges from both these approaches is of a Civilization that was not only well organised, but that also set a precedent for the methods of Social Engineering that are still in use today.

Perhaps a greater focus on understanding the Social Engineering so vital to the Anunnaki Civilization beginning in Mesopotamia will add an extra dimension of analysis that will be useful in reconciling the Archaeological evidence and arriving at a broader consensus.

In particular, this may provide an approach through which we can integrate the views of Independent Researchers like Hancock and Zechariah Sitchin with the findings of mainstream Archaeology.

Its universally agreed that whether or not it was Extraterrestrials who founded the Mesopotamian Civilization, well organised powerful City States like Ur, Nippur and Eridu emerged in the Region between the Tigris and Euphrates.

Supported by elaborate Law Codes like the Code Of Hammurabi, the City States were cosmopolitan Political entities that required an effective Civil Administration.

The King-Priests of Mesopotamia like Gilgamesh and later Sargon of Akkad claimed to fulfill this role under the direct Divine Guidance of the relevant City God who resided in the City’s Temple complex.

Whether or not the Gods referred to in the Sumerian record were literally present as argued by the Ancient Astronaut Theorists or were pure myth meant to justify the dominance and authority of the Priest-King class, these ‘Gods’ appear to have dispensed a particular kind of wisdom or knowledge that served to address Religious, Social and Political questions within the various Anunnaki States whenever they unexpectedly arose.

These ‘pearls of wisdom’ were recorded in various Sumerian Epics such as the Epic Of Gilgamesh, Erra Eppos, Artrahasis and the Enuma Elish amongst many others, and are treated by some as pure Mythology. However, an understanding of the circumstances under which the Sumerian Epics first emerged suggests that these Epics were ideological responses to the practical challenges related to Mass Social Control. 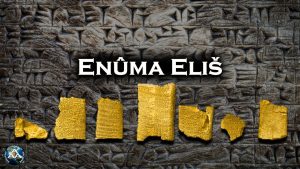 A distinct feature of the Sumerian Epics is that they were directed at addressing the ultimate questions of the Human population under the control of the Anunnaki.

Texts such as Babylon’s Enuma Elish were specifically produced as the founding documents of a new Kingdom providing a Cosmological model for the origins of the Universe for the Human inhabitants.

In the Epic of Gilgamesh which details the vain quest for immortal life embarked upon by Gilgamesh, the King of Uruk, the Epic concludes with Gilgamesh’s failure to acquire the Eternal life of the Gods for himself.

Instead, he dies a content mortal deriving his joy from his Legacy as Ruler of Uruk.

The suggested backdrop to the emergence of the Epic of Gilgamesh according to Sumerian Texts such as The Lost Book Of Enki, is the Garden Of Eden incident in which Adam and Eve had demonstrated intelligence and their ability to reproduce.

The only quality they lacked was the long life of the Gods.

With the passage of Time, mankind’s numbers and demands grew, and eventually Humans demanded that the Gods bestow upon them the gift of Longevity that Adam and Eve had not been granted in the Garden of Eden.

The Anunnaki had already decided that they would not extend their long life to pure earthlings, and so a decision was made to find a way by which the Anunnaki could avoid a rebellion by the Human inhabitants that were so critical to the success of the Mesopotomian Civilization.

The solution was a tale about a King who recognised the futility of any attempt to obtain the long life of the Gods, leading him to accept his mortality.

In this way, Sumerian Epics transmitted Memes that were planted into the Sumerian Civilization.

First coined by Richard Dawkins in The Selfish Gene, the term ‘Meme’ refers to  an idea, behavior, or style that spreads from person to person within a culture”  often with the aim of conveying a particular phenomenon, theme, or meaning represented by the meme.

A meme acts as a unit for carrying cultural ideas, symbols, or practices, that can be transmitted from one mind to another through writing, speech, gestures and rituals.

Stories like the Epic Of Gilgamesh in the context of Mesopotamian Civilization functioned as Memes within the Society in response to the need to formulate pacifying responses and versions of Reality to the Human population resident within the Anunnaki Realms.

In short, Sumerian Epics appear to be propaganda in response to particular crises faced by the Anunnaki in managing or controlling the Human population

.Examining the underlying Historical crises the Meme/Epic was generated to resolve as told in the Sumerian Texts themselves could provide a useful window in assessing the claims made by the Ancient Astronaut Theory. If the crises were as real and literal as outlined in the Sumerian Texts, then the Epics as Memes become practical tools of Mass Social Control.

To dismiss the Epics purely as ‘mythology’ ignores the context in which they were created, their purpose and perhaps the actual Historical events preceding them.

In the final analysis, the Mesopotamian Texts explain the circumstances under which the Memes/Epics came into existence, and perhaps this should be one area of focus that could shed light on whether the claims made by Ancient Astronaut Theory could possibly be true.

Rather than focusing on the artifacts of Mesopotamia, a consideration of the Historical conditions in which its Epics and Memes came into existence as told in the Sumerian Texts themselves may prove invaluable in arriving at an understanding of the literal History and activities of the Anunnaki in Mesopotamia, and their overall role in Human History.

In light of the fact that the Memes of Mesopotamia subsequently spread to a significant number of influential Civilizations around the World including our own suggests that an understanding of the context in which these Memes emerged may shed important light on the origins of mankind and Civilization.

Culture may prove to be the most important artifact to help weave a composite understanding of works like the Earth Chronicles, those of independent researchers and mainstream Archaeology.