Christmas is that time of year when we do our best to spread the good cheer and be grateful for friends, family, God, and the Ancestors for the gift of life….What is the actual meaning and relevance of Christmas to Society, and more specifically Africans today?

We may find a possible answer by exploring the Historical Pagan origins of Christmas.

Many traditional elements of Christmas pre-date Christianity, and for this reason, Christmas was probably a Pagan rite before it became part of Christianity.

The Pagan origins of Christmas and Christianity itself can be found in Sun Worship.

From Ancient Egypt, Persia and Europe Sun worship formed the basis of Religion.

Horus, Mithra, and the numerous Deities of various Medieval traditions all represented the divinity of the Sun before the arrival of Christianity. 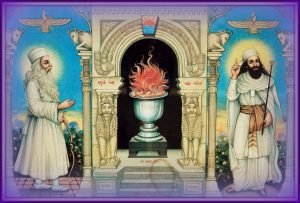 These various Sun deities subsequently evolved into the Gods of other Religions, with the most recent incarnation of Sun God worship being Christianity providing fertile ground for the Pagan origins of Christmas.

The choice of December 25th as Christmas day may be because it was used to denote the ‘Birth’ of the Sun as it came up from the lowest point in the Horizon during the Winter Solstice.

In short, it meant  the shift to Spring had begun, and the days would be getting warmer…Information of vital importance to Ancient Man whose fragile existence depended on the motions of the Sun to determine the correct time to begin Planting the fields in order ensure a successful harvest.

A matter of life and death in Ancient times.

Its also interesting to note that some Sun Religions like Mithraism contain references to the birth of Mithra represented by the rising Sun being witnessed by 3 shepherds. The Three Wise Men are also mentioned as “Magi” or Star Readers/Astrologers indicating a Persian Zoroastrian origin.

In the Gospels, the Magi are also given Zoroastrian titles, and bear the same gifts as stated in Zoroastrian myths.

Faced with the Pagan origins of Christmas and Christianity, it becomes difficult to view Christmas as representing the literal birth of Jesus as described in the Gospels. 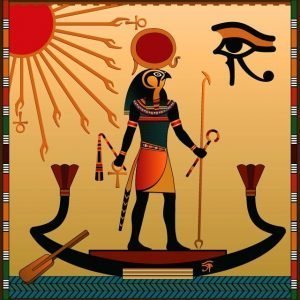 Nevertheless, in my view, this doesn’t mean we should throw away the babe with the bathwater.

There’s still value in spending time with loved ones, taking time to reflect on the year, as well as the ups and downs of life.

As Africans, it becomes easier to dismiss Christmas as yet another Colonial yoke we need to leave behind.

Nevertheless, it may be useful to remember that African culture celebrates fundamentally  the same universal spirit invoked by Christmas, and there’s no reason Christmas cannot be used as an opportunity to do this by Africans.

In the African diaspora, this approach has manifested itself in the rise of the Kwanza phenomenon.

Christmas can therefore be fashioned in our own image despite the problems with the Gospels as literal History.

In the Christmas before Jesus documentary, we get a History of the Pagan origins of Christmas.