Home » Black History » Did Homosexuality Exist In Africa Before Colonialism & Is It UnAfrican?

Following the recent controversy over the treatment of Homosexuals in Tanzania, the issue has taken centre stage with the argument that  Homosexuality is ‘UnAfrican’ and did not exist in Africa before Western Colonialism is consistently made.

This position appears to rest on the understanding that Pre-Colonial Africa did not tolerate Homosexuality, therefore the Gay Rights movement is a manifestation of Western Imperial Culture in Post-Colonial Africa.

In addition, since Homosexuality does not result in procreation, its unnatural, deviant and without precedent in nature.

Homosexuality In Africa Before Colonialism

There is evidence of Pre-Colonial Homosexuality in Africa. 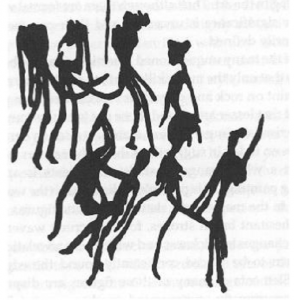 In light of the above, it cannot be said that Homosexuality is a foreign Colonial import that was completely absent in Africa in Pre-Colonial times.

Its simply not accurate to suggest that Homosexuality somehow amounts to a corruption of authentic Pre-Colonial African values.

The Procreation argument also stands to fall as evidence suggests that a whole host of animals from Baboons, Sea Lions, Whales and Rams habitually engage in Homosexual relations.

It cannot therefore be suggested that Homosexuality amounts to some form of ‘unnatural’ deviance that is not present in nature because it does not result in procreation.

Whilst some may find Gay discrimination acceptable, I personally find it problematic when the Law is used to limit people’s rights and freedoms on the basis of beliefs that have no objective foundation.

Beyond the harassment of Homosexuals in public, to also deny them the right to be married, inherit and access to spousal support including medical benefits because they are people who happen to be in a Gay relationship seems draconian.

Its one thing to deal with the issue as a matter of personal preference, but to deploy the power of the State against Homosexuals based on their sexual preference alone reeks of the same irrational discrimination Blacks, and other racially discriminated groups have fought so hard against in the past.

It would also be useful for us to remember that most Anti-Gay Legislation was put in place by Puritan Colonial Regimes, and insisting that they remain is aligning ourselves with the oppressive Cultural attitudes that led to and entrenched Colonialism.

Incidentally, this past weekend I happened to watch ‘Inxeba:The Wound’, an excellent South African Film released earlier this year that explores the hypocrisy and denial around Homosexuality in contemporary African culture. The Film’s message sinks deep particularly because the struggling Homosexual characters are all ordinary modern Africans who just happen to be Homosexual as they are forced to confront the complexity of navigating their identity in the setting of a Xhosa Circumcision ceremony, a Macho and uniquely African tradition.

Their Homosexual identity doesnt simply disappear even under the pressure of this setting, and the need to conform at all costs leads to tragic consequences.

Whilst Inxeba’s cinematic conclusion may be a bit dramatic in the context of everyday life, it nevertheless paints a portrait of contemporary African Homosexuality that challenges prejudice, and I would strongly recommend that you watch it at least once because its a good Film that’s rewarding on multiple levels.

In the final analysis, I can’t find a legitimate reason for the position that Homosexuality is Un-African except to say in the words of a famous Philosopher whose name I’ve forgotten: “It amounts to you not wanting other people to do what you simply dont want them to do”.

In my view, thats not the route we should take in an Africa that strives to respect and protect the dignity of every Human being.

For more on the History, Culture and Kingdoms of Pre-Colonial Africa, you can check out the Archive below:

The Cuban Missile Crisis & The Assassination Of JFK

Human Sacrifice & The Origins Of Religion