Imhotep is the first Architect and Physician known by name to written history. According to Ancient Egyptian tradition, he was the son of Ptah, the Founding God of Egypt,and Robert Buaval contends that he was African in his Book, Imhotep The African: Architect Of The Cosmos.

He is credited with the necessary leap in imagination, technical design and Engineering construction techniques that made the construction of Pyramids possible, beginning with the Step Pyramid at Saqqara, and his crowning achievement is widely regarded as the 3 Great Pyramids at Giza which still survive as a wonder of the Ancient World.

Imhotep is also credited as the founder of Egyptian medicine and wisdom, and the following is a full list of his Titles:

According to Robert Buaval’s The Orion Mystery, Imhotep also served as High Priest of the Egyptian Pantheon at the Cult Centre of Annu or Heliopolis as it was later called by the Greeks. 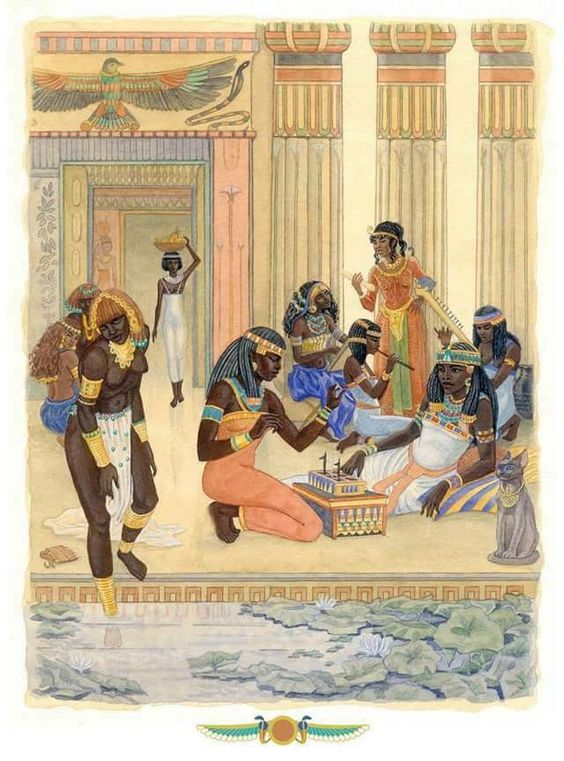 According to Zechariah Sitchin and Ancient Astronaut Theorists, Imhotep is actually Ningshiidza, Son of of the Anunnaki God Enki, who is known by the name Ptah in the Egyptian Pantheon.

The complex Mathematical, Engineering and Astronomical knowledge required to construct the Giza Pyramid Complex is attributed to this Anunnaki heritage.

My own personal views on the issue are not quite made up because there appears to be a discrepancy in the Ancient Astronaut Theory on this score once one considers the fact that Pyramid building techniques appear to have progressed over time beginning with earlier constructions like the one at Saqqara leading up to the construction of the Giza Complex.

The Giza Complex may therefore have been the culmination of a progressive knowledge in Pyramid construction, as opposed to a one-off construction by a superior Civilization that was already able to traverse inter-stellar space.

It would seem that if the Pyramids were the product of Ancient Astronauts, the other ‘practice’ and less glamorous Pyramids lack a rational explanation…Still looking into it though and not sure which conclusion I’ll eventually arrive at.

However, the possibility (I would say probability) that the Pyramids were constructed by Humans and not the Anunnaki is further supported in more of Robert Buaval’s work…More particularly, Imhotep The African: Architect of The Cosmos and Black Genesis.

As always, the issue is far from settled, and for more on this intriguing subject, we recommend the above books as well as the documentaries below which address Imhotep’s accomplishments and the Egyptian Civilization.