The destruction of Sodom and Gomorrah in what can only be described as ‘fire raining from Heaven’ is well known and can be linked to Ancient Alien Wars.

Although usually attributed to the ‘wrath of God’, the catastrophe can also, and perhaps even better understood from the Ancient Sumerian record as part of the Nuclear War fought by the Anunnaki Ancient Aliens Gods of Mesopotamia at the end of the 2nd Pyramid War.

Of the numerous Ancient Sumerian Texts uncovered to date, the ‘Erra Epos’ and ‘Lost Book Of Enki’ amongst others, all record in vivid detail the unleashing of Anunnaki Nuclear Weapons in order to destroy the Ancient Aliens Spaceport in the Sinai Peninsula so as to prevent its seizure and control by the Anunnaki Prince/God Marduk as part of the Factional Sumerian Anunnaki Pyramid Wars.

At the heart of the dispute was the ongoing War between Ancient Alien Gods Kings/Gods, Enki and Enlil which was ultimately the cause of the Sumerian Anunnaki Nuclear War.

Their battle for control of the Earth which began in the earliest years of Anunnaki Settlement, beginning with their dispute over whether the ‘Adam’ Prototype they had created using Enki’s expertise in Genetics to merge Anunnaki DNA with that of a Hominid found on the African Plains should be able to reproduce.

Enki defied Enlil’s directive preventing the Genetics Team from conducting any Genetic Experiments that would make the ‘Adam Prototype’ capable of independent Biological reproduction outside the control of the Anunnaki research Labs so their numbers could be more easily controlled by the Anunnaki.

The dispute set off a chain of events and an inter-Generational Rivalry that led to the Sumerian Anunnaki Nuclear War and the destruction of not only Sodom and Gommorah, but the majority of the entire Sumerian Civilization the Anunnaki had strived to establish on Earth since arrival.


The Anunnaki ‘Pyramid Wars’ are essential to understanding the destruction of Sodom and Gomorrah.

We will go into more detail in future articles but at this stage its important to broadly understand the background overlaying conflict between Enki and Enlil that colours Anunnaki History up to the ‘Pyramid Wars’ in which Enki’s son Marduk triumphed over Enlil’s son, Ninurta.

The end result was the rise of Babylon, Marduk’s Capital City following his crowning as victorious ‘King Of The Gods’.

The Sinai Peninsula was one of the major battlefronts of the Pyramid Wars which arose out of the fact that an Anunnaki Spaceport vital for launching into Space orbit and maintaining links with the Anunnaki Home Planet, Nibiru was located there.

It was amongst the earliest Anunnaki constructions and vitalÂ  to the Earth expedition. As such, it could not fall into the hands of one Anunnaki who could then hold both the Anunnaki on Earth and the Home Planet, Nibiru hostage.

Rather than let Marduk gain control of the Sinai Spaceport Facility, it was agreed that Nuclear Weapons be deployed to destroy it before Marduk’s forces overran the Enlilite Armies defending the Facility. 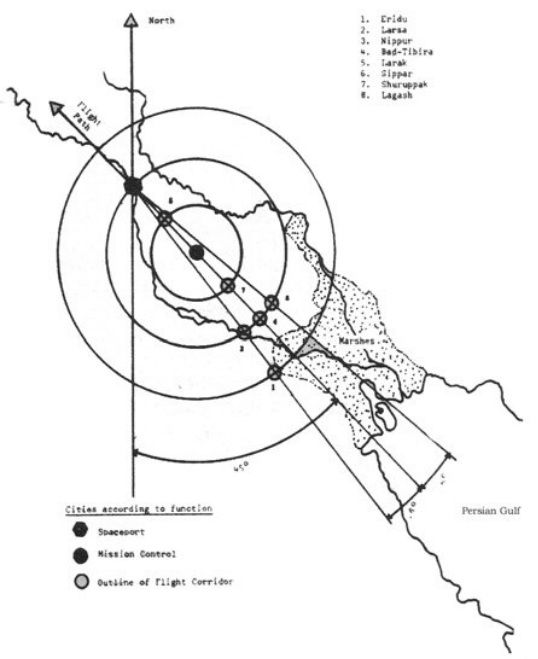 
CONSEQUENCES OF THE ANUNNAKI NUCLEAR WAR FOR THE SUMERIAN CIVILIZATION

After an intense debate within the Halls of the Anunnaki Alien Council, it was resolved to destroy the Sinai Spaceport using the Anunnaki Nuclear Arsenal that had been hidden in Africa.

The Nuclear strike achieved its objective but unleashed an unforeseen ‘Evil Wind’ which spread Nuclear poison into the interior of the Anunnaki Civilization destroying most Cities including Sumeria, Sodom and Gomorrah.

However, Marduk’s City, Babylon was not affected by the Nuclear Wind which confirmed to the Anunnaki that his victory over Ninurta and the Enlilite faction was the work of destiny.

Marduk was thus crowned King and the rise of Babylon began in earnest…Hope you enjoyed the first ‘Anunnaki Chronicles’ entry which will be a regular feature.

Join us for the next installment as we trace the Biblical story of Abraham and its connection the Factional Anunnaki Pyramid Wars of the time.

Why Mental Health Is Important