In Part 1, we concluded with the surprise turn of events as the Planet Lamu Conference delegates made it clear that the purpose of the meeting would not be as intended by the Kingu Leadership:

The Federation Nations were not there to ‘explain themselves’ as the Kingu Savants had arrogantly assumed, instead something totally unforeseen was unfolding, but Tindo was prepared to listen so he could prepare the most accurate report for the benefit of the Kingu leadership.

Without any prompting from Tindo, Juju had already enabled recording on his implant as they listened to and recorded the accounts of suffering reported by the families of the Kingu Federation.

They heard how some families would have to choose which child lived or died because they simply didn’t earn enough Federation Credits to support their families.

In some instances, Citizens were still owed outstanding Credits by the Kingu Central Government which were yet to be loaded onto their Implants.

The regular Temple Mind Scans were also causing insanity on a wide scale especially amongst Children because their minds could no longer cope with the consistent Brainwashing and reprogramming.

They were also reports that in order to prolong their own lives, the Savants were draining the Life Force out of Federation children when they were connected to the Citadel Mainframe during Temple Rituals.

A lot of children were dying unexplained deaths as their bodies were found abandoned and discarded on Temple Grounds after attending Temple Rituals.

In some cases, children had walked out of the Temples weak and dazed like Zombies only to die at home in the arms of their frantic, desperate mothers.

Forced Mine labour quotas had also been introduced, and in addition families were forced to enlist at least one of their Children to work in the Zig Mines so they could earn enough Federation Credits to scrape through every Mbire Cycle.

The working conditions in the Mines were deplorable, and debilitating injuries were widespread.

Moreover, even when most Federation Citizens left the mines without being injured on duty, they suffered from long term health problems related to the poisons and strenuous physical labour they had performed on the Zig mines.

The promised Federation Social Security had not been delivered, so Federation Citizens had no protection if they suffered unemployment, disability or ill-health, and there was no Retirement safety net to talk about.

Crime was also now on the rise in most Federation States due to increasing unemployment and competition for scarce Federation Credits.

As if this was not enough, curfews had now been imposed in most major Federation Cities, and the Citizens on the Outer Planets were subject to random periodic arrests, searches and raids from local Citadel Authority Forces.

They had no right to appear before a Federation Tribunal on arrest, and could be detained at will and indefinitely by the Central Government.

Juju and Tindo heard stories of Federation Citizens who had been detained for more than 10 Mbire Cycles without Trial before a Federation Tribunal and their whereabouts could not be accounted for by Citadel Authorities.

It was also clear that the Federation Nations simply could not sustain their Citizens on the 10% Wave Energy Quota allocated to them by the Juluka at the Zig Extraction Facilities.

A very grim picture had emerged, and Tindo tried to stay composed as he listened utterly flummoxed by the revelations.

Somehow Juju had managed to keep a straight face.

In disbelief, he thought of asking the delegates for proof of all these allegations but felt that it would only agitate the delegates even more, so he kept the thought to himself. 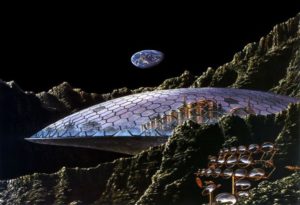 The Federation Families looked pitiful as they struggled to fit into their Gravity Suits which looked worn out and outdated.

Visible signs of extensive crude home repairs were evident all over their gear, and it seemed like their Gravity Suits and Atmospheric Masks could suffer a breach at any time.

After the last Federation Citizen gave his testimony, Inoza turned to address Juju and Tindo once again.

“Well I trust you’ve heard it all for yourself and that you’ll report the truth to your Masters on Kingu.

We have nothing further to add, and are giving you our own ultimatum of to resolve these problems otherwise we will not be held responsible for the people taking their fate into their own hands”.

A few moments after Inoza sat down, Tindo stood up to address the delegates, his anxiety veiled by a thin layer of false confidence as he tried to speak with a clear voice.

“Our mission here was to request an explanation from you as to why there had been a decrease in output on the Zig Mines and an increase in Mind aberrations.

However, even though its not what we came to discuss, we believe the issues you have brought to our attention are of the utmost importance and deserve attention from the Central Government.

At this point, we are not sure whether the Kingu Government is aware of all these concerns you have raised but I beg you for an opportunity to bring it to their attention.

Its only then that we can say there has been a failure to act on the part of the Central Government”.

The delegates did not seem pleased with this response, and once again Inoza interceded on their behalf.

“We are not prepared to wait forever, and are only prepared to grant you one Mbire cycle to present our Petition to the Central Government for consideration and action.

In the event that you fail, we will take our destiny into our own hands!”

“Meeting adjourned”, I will escort you to your transport Inoza asserted, ending the Conference.

Both Juju and Tindo were relieved.

There would be no souvenirs, and crystal images collected on this trip he thought as he walked briskly towards the waiting Ship.