As they disengaged light speed, a blue Lamu appeared on the horizon.

A Methane dominated Planet, Lamu glittered in a resplendent sapphire Blue as the glow from its 3 Suns bounced off the Planet’s atmosphere, playing wanton gambols in Space.

Tindo always delighted in the chances to be a Space Tourist his job at the Citadel regularly offered, and he would be taking quite a few image crystals to show his Wife and daughter when he got home.

He also wondered what souvenirs Lamu had in store. The anticipation was too much to bear as Juju transmitted the Universal Federation Code to the Lamu Control Tower so they could be cleared for landing. 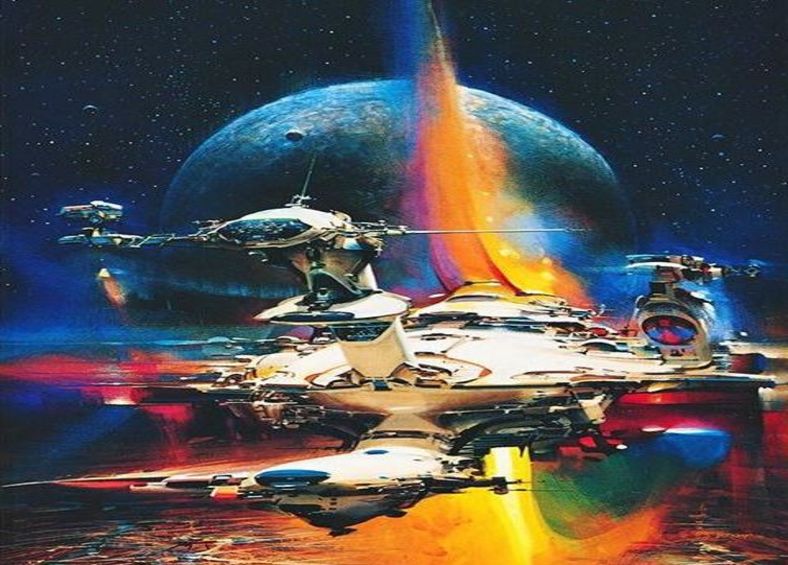 They were soon given the all clear, and directed to a landing dock.

A smooth landing was assured with Juju at the controls. Not only was Juju a fantastic Pilot, but he’d chosen Juju for this particular mission because he needed Juju’s jaded perspective.

After the last meeting with the Savants, he feared he could be a little naive at times, and Juju would provide the perfect antidote to his unchecked optimism.

He was secure in Dimpo’s ability to run things smoothly at Kingu Station while they were away.

Although Lamu’s gravity was similar to Kingu’s, they still needed Gravity Suits and
Atmospheric Breathing masks.

“I’ve never really trusted the Lamu, and I suspect they are somehow involved in causing the anomalies.

Don’t forget that they were the last to join the Federation, holding out against the Juluka more than any other Federation Planet.”

Juju broke the silence with typical skepticism as they prepared to step out of their docked transport Ship. Unlike Kingu which was built mostly from Pyramid Shaped Stone, Lamu’s harsher atmosphere and terrain required the use of enclosed glass dome structures.

“We’ll see, lets face it, we can’t really say until weave heard from all the gathered Federation representatives”, was a classic Tindo response.

He had to seem objective and unbiased for now, but was glad Juju was on top of his game because he needed that if he was going to arrive at a realistic assessment of the situation.

Juju sarcastically replied as they walked towards Lamu’s main Conference Dome where representatives from all the Kingu Federation States had gathered.

Due to Planetary conditions, the Lamu had evolved tall, slender frames and a dark Skin tone with eyes that provided infrared vision.

Life on Lamu surely didn’t look the same as it did on Kingu, but the Juluka were their common yoke and burden.

“I hope you had a pleasant trip. The microwave storms in the Xai Xai belt can be rough around this time of year”, the Lamu Temple Engineer remarked as he ushered them into the Conference Dome.

“We sailed through just fine thank you”, Juju abruptly replied.

They had no time for pleasantries today, and Tindo was glad Juju had taken the burden of playing nice off him.

They had serious business to attend to, and they were in no mood for small talk. Tindo and Juju immediately took their seats at the long Conference Table, and after re-energising themselves with some rapid Implant Wave energy bursts, they were ready to commence the day’s business.

“Look, I don’t think we’ve got anything to worry about. We’ll soon find out if the Confederation Planets are up to something once Tindo returns.

Timati reassured Lord Bindu and Jinda in the Planet Kingu Conference Room via an
Intergalactic Feed connection to Juluka.

At the instance of Lord Bindu, Timati and Jinda had gathered for another separate meeting to discuss the anomalies and the investigative mission dispatched to Planet Lamu.

“We can’t afford any disruptions with the Zig supply at this stage. The situation on Juluka is fragile to say the least.

Our shift to Zig energy is almost complete, and any problems with the Zig supply puts all our plans for Juluka and the entire Federation at risk” Lord Bindu interjected.

“The Mind Scan aberrations are a concern for us as well. Our Immortality depends on our ability to extract Life Force from the Confederation Citizens.

If a solution is not found we may have to be retired, and without us there’s no-one else to ensure that the Federation Planets properly implement the Juluka Protocols prescribed in the Configuration Templates given to us during the Savant Program when this whole project was initiated”, Jinda said reminding everyone of what was at stake.

Timati felt compelled to give the impression that the situation was under control.

“I don’t think it will come to that. We’ve made an early intervention and its best to wait on the outcome of Tindo’s report.

Meanwhile our Intelligence gathering continues, we already have a few leads and whoever is behind this wont be at it for much longer.”

“Let’s hope so, and I suggest you start working on a cover story for the Confederation Citizens in case this thing spirals out of control.

The Savant Program remains above Top Secret, and you must make sure the Temple Staff know only what they need to know.

We can’t afford a leak”, Lord Bindu cut in with a curt response.

“We’ll keep dangling the prospect of Elevation for as long as we can to motivate our people here, in the meantime lets see what comes out of the Lamu Conference…”

The Lamu were a Matriarchal society, and so Inoza, the Ningal or “Big Woman” amongst the Lamu opened the meeting.

“We’re most honoured that the Kingu leadership has finally seen it fit to send its
representatives to meet with the Citizens of the Outer Planets, although we’re not sure they are prepared to hear what we have to say.” 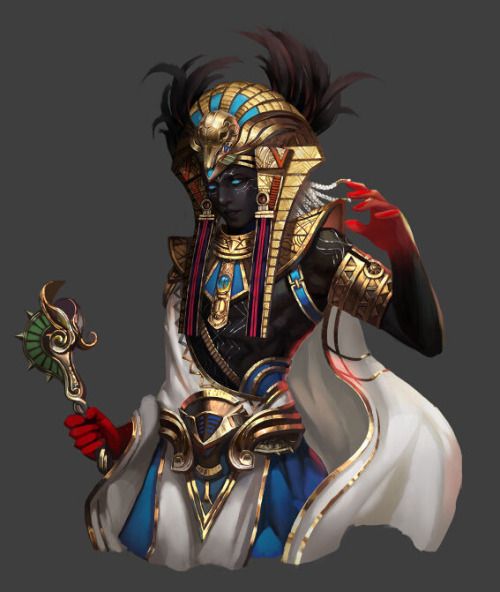 There was an underlying menace in her tone accompanied by murmurs across the room, but Tindo shrugged it off and listened attentively.

“Our people have been suffering at the hands of the Juluka since the establishment of the Federation.

As everyone here knows, our Planet was the last to join.

We fought to the bitter end because our Ancestors could foresee the misery that awaited their children with the arrival of the Juluka”.

More murmurs, but Tindo did not flinch, edging in even closer as if transfixed.

“They are concerned about the reduced output on the Zig Ore Mines and increased Mind Scan aberrations, but is anyone here really surprised?

What did they expect after countless Mbire Cycles of Brainwashing, Slavery, Hunger, Poverty, Squalor and Disease amongst the nations of the Outer Planets…Gratitude?”

Inoza continued sarcastically as muffled giggles and nods spread across the room.

“Most of our Ancestral territories were seized after the Juluka discovered Zig Ore in our system, and in vain they have tried to suppress the memory of the olden Gods, now they plan to take over our minds so that we lose the potential to even imagine the possibility of a world without them!!

The situation cannot be allowed to stand!!!

Please bring out the families so our esteemed delegates can see and hear our suffering for themselves!!”, she continued slipping into a virtual tirade.

To both Tindo and Juju’s surprise, several families from the various Federation Planets were shuffled in.