Thankfully the Conference Chamber or more appropriately Torture Chamber was right next to the Central Control Room so Tindo didn’t need to stray too far from familiar surroundings to attend the meeting with the Savants and Temple Engineers.

When the appointed Time came, he casually strolled into the dimly lit Pyramid Shaped Chamber, and took a seat. Perhaps because he was nervous he felt thirsty, and so he helped himself to a pack of Hydration Liquid from the Conference Table.

As he savoured the precious liquid, Jinda, the Chief Savant stepped in, with Timati the Mambo’s representative and Dzimba, the Chief Temple Engineer close behind.

As usual, they cast a cold demeanour as they took to their tall black plush seats. They had no need for hydration, and seemed eager to start the meeting right away.

Their lack of need for nourishment seemed to mirror the barrenness of their Souls.

Without any pretence of ceremony and a sardonic condescending look coupled with a haughty aristocratic voice, Timati commenced the days proceedings.

“We’re concerned about the lack of productivity on the Zig Mines as well as the increasing Cognitive resistance to the updated Psycho-Meme Map.

The word from Juluka is that Lord Bindu is NOT pleased.”

Dzimba, always on the defensive, took the latter as a criticism of the Temple Engineers and immediately chimed in.

“Well the Algorithm worked perfectly on test subjects, it must be something to do with the Temple data collection interface.”

“We’ve followed the implementation Protocols that were given to us by the Engineers to the letter so I very much doubt that”, Tindo coolly responded to Dzimba’s attempt at deflecting criticism.

Dzimba had always rubbed him the wrong way. He was an overweight, vicious Technocrat of distant Noble Birth accustomed to privilege all his life.

â€œWell the people of the Confederation need to accept that Lord Bindu is now their Lord after he defeated Lord Utu in the last Juluka Wars.

Its never been a problem erasing the people’s memories before so they can Worship their new Juluka Lord willingly and immediately.”

“We’ll work on the Algorithm and find out where the problem is so we can fix it. We didn’t have much time to work on the new Psycho-Meme Map at the end of the last Juluka War.

Perhaps there are some subconscious Religious memories that are causing the interference”, Dzimba eventually conceded, mollified.

“I hope so for your own good” was Timati’s idea of an appropriate response.

“Look, we don’t want or need excuses. The Configuration Templates we were given by the Juluka contain all the information we need to build a new Psycho-Meme Map that should be accepted by the Minds of all the people with zero rejection.

We’ve also been getting reports of resistance and rebellion on the Zig Mines, and our Intelligence so far indicates that there are bandits hacking into Implants corrupting them and preventing the installation of Protocol updates.

So maybe none of us here is at fault.

Either way, we have to get to the root of the problem which we’ll probably only solve after we’ve captured at least one of these bandits.

The savages are probably affecting production on the Zig Mines as well by interfering with the Work Protocols installed in the people’s Cerebral Implants.

In light of the seriousness of the situation, I’ve decided that in conjunction with our ongoing Intelligence efforts, Tindo be dispatched to the Zig Mines to Investigate.

We’ve arranged a Conference of all the representatives of the Federation Planets on Lamu so they can explain themselves.”

“I’m up to the task”, Tindo replied effusively without displaying any visible reaction to this unexpected development.

“Any other questions or business?”, Jinda sternly inquired.

Tindo felt like this was his opportunity to raise the question of the Elevation applications.

“Before we adjourn, I’d like to find out whether the Council Of Savants has made a decision on our applications for Elevation?”

Timati let out a cruel snigger.

“Not yet….Mmmmmmm that decision has been deferred indefinitely in light of the current problems weâ€™re experiencing with the Psycho-Meme Protocols and Zig Ore Production.

Pleasing Lord Bindu is, and should be everyone’s priority right now.

If there’s no other business, our meeting is adjourned, and lets reconvene after 3 Mbire Cycles to assess our progress.”

Downcast and livid, Tindo was the last to leave the Chamber. He was seething, and could barely conceal the whirlwind gathering inside him.

Maybe Juju was right all along…They’ll never treat us as equals!!

But there was a Silver lining in all this because he would use the opportunity to investigate activities on the Zig Mines to understand what was really going on in the Federation beyond the borders of Kingu.

Only after that would he decide his next move.

For now it was safest playing it close to the vest. 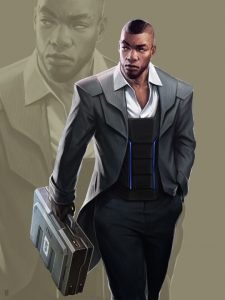