The Nubian Meroitic Script Of Kush

Apart from its connections to Ancient Egypt, the Kingdom of Kush was actually independent and deserves recognition in its own right.

The origins of the Nubian Empire lie in the early Stone Age Kerma Culture which flourished into one of not only Africa’s, but the world’s most important Ancient Civilizations. 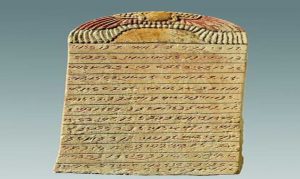 From its origins in Kerma to its disintegration around 330 CE at the last Capital at Meroe, the Nubian Culture is responsible for producing one of Africa’s first written languages, the Meroitic Script.

Origins Of The Meroitic Script

After the conquest of Egypt by the Assyrians under King Ashurbanipal around 671 BC, the Kushites withdrew their Capital further inland eventually establishing it at Meroe.

Due to its Historic connections to Ancient Egypt however, the use of Hieroglyphics remained well established in Nubia.

The arrival of the Assyrians saw the Nubians adopt a modified version of Egyptian Hieroglyphics, in part to distinguish their own Culture from Egypt, and also to protect its secrets from the foreign Assyrian invaders.

Aside from Egyptian Hieroglyphs, the Meroitic script remains one of the oldest in Africa.

The Meroitic script was inventive and improved on the Egyptian by reducing all the Egyptian Hieroglyphic signs to a basic 23 symbol Alphabet.

In addition, the Meroitic Alphabet was accompanied by Vowel sounds, a feature not shared by the Egyptian Hieroglyph system.

The Meroitic script is divided into two distinct types: Hieroglyphs with origins in Egypt, and the cursive or demotic writing, which is a unique Meroitic invention.

Since 1819 when the first Meroitic inscriptions were published, up until the early 1900s when the 23 signs of the cursive Meroitic script were identified, the mystery of the Meroitic Script continues to confound Scholars who have as yet been unable to decipher it. 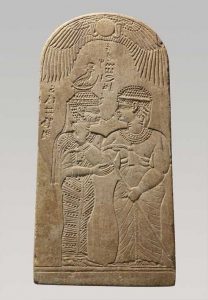 Its hoped that Excavations at Meroe will one day uncover another Rosetta Stone similar to the one that enabled Historians to decipher Egyptian Hieroglyphs by matching it to Greek, a known language.

For now the secrets of the Kushites remain buried in the Meroitic Script as they probably intended…Perhaps one day their secrets will be unlocked for the benefit of a new generation.

For more on Pre-Colonial Africa and Ancient Egypt check out our article archive as well as the Home Page custom search box with links to official Archaeological records and online discussions on the History of Ancient Egypt from some of the best sites on the web.

The featured documentary takes us on a thrilling journey into the world of the Kushites.