It should be natural that as Bloggers, the first thing we should think about before starting a Blog is the Economics of the Digital Industry we plan on entering.

After all by starting a Blog and expecting to earn money from it, we are entering the Digital Economy.

Nevertheless, its probably the last thing we think about and only start to pay serious attention to when you realise how little you are earning from your Adsense Ads after building traffic to your Site.

Unfortunately, there’s a little bit too much fluffy and sales oriented advice out there that does not paint a real picture of the Digital Sharecropping Economy in which Bloggers presently operate.

Perhaps we can be forgiven for the shock because contrary to our expectations of the economic progress that’s been made since the 20th Century, the last thing we expect to encounter in a space like the Internet is a new kind of Slavery that has emerged with Web 2.0 dubbed Digital Sharecropping.

The term Digital Sharecropping was first used by Nick Carr in 2006 to describe the unexpected emergence of a Feudal Digital Economy with the arrival of Web 2.0 which is dominated by a few influential players like Facebook, Google and YouTube who essentially have become the Gatekeepers in this new Digital Space.

They have the power to control both access to Audience and Revenue through their dominance of Search, Social Media and Advertising channels.

This leaves the rest of the players in the Digital Economy to scramble for the crumbs left on the table by the Gate Keepers.

Hosting your Blog on a Platform like Medium as well as running your own self-hosted site are seen as Â lesser forms of Digital Sharecropping.

For instance, Digital Publishers have no control over the Cost Per Click or Revenue Per Thousand Impressions models used by Ad Networks to determine payments for advertising on Websites.

As a result, the current Digital Economy can be seen as a form of Devolution from 20th Century Capitalism which was more empowering to Labour than is presently the case under Web 2.0 and it has resulted in what is essentially a reproduction of the Economics of Slavery’s Plantation System within the Digital Space. 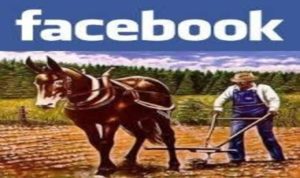 The realisation that we operate in a Sharecropping economy is necessary in defining expectations because Audience Access and Revenue via Search, Social Media and Ads is controlled by a few Gatekeepers who have monopolised the market.

Fortunately, there is some hope in this Sharecropping Economy through Sites like Pinterest and Apps like Tailwind that give Bloggers a fighting chance because in my experience, they provide one of the most time and cost effective ways to acquire decent Traffic that will help you achieve your goals as a Blogger.

It”s a Jungle out there….